The Sale of Nobility in History: a list and examples of how Nobile Titles were sold and why

Famous Examples of the Purported Sale of Bought Noble Titles Historical Facts told with a Sense of Humour, only for the minority able to appreciate it

Of course, we will talk of Venice, Haunted Palaces, and a Diamond Smuggler (we mean an honest dealer, sorry¡¡¡) who thanks to a transfusion of cash and precious stones bought a Marquis Title for Sale in Naples and got admission into the Patriciate in Venice about 200 years ago. Reality always surpasses fiction, and this story proves it beyond any reasonable doubt.

We all love Venice, where the story really begins. A very enigmatic character, of course mysterious, and obviously a foreigner, settled in Venice by the end of the XVIII century. His name was Arbit Abdoll, and apparently, he was a shadowy and certainly obscure Armenian with a passion for precious stones, dark women, palaces and noble titles. 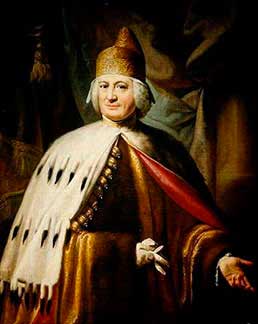 Arbit Abdoll, the mysterious Armenian, used to live in Constantinople up to 1785. Later, he moved to Venice. However, in his good days as a diamond trader in the Ottoman Empire, he became friendly with Paolo Renier, Ambassador of Venice in Constantinople, later to be the penultimate Doge of Venice, who was married to Margherita Dalmet, a former tight rope dancer of bad character and ill repute who danced in the streets of Constantinople for a living.

This relationship between Renier and Abdoll proved useful, as an obscure noble title with rank of marquis was sold to Arbit Abdoll under the guise of the reinstatement of a Feudal Title. Therefore, the now rich trader became a Venetian Oligarch, could style himself as a Marquis, and bought a Haunted palace in one of the canals in Venice, the famous palace known as Ca Dario. The Ca Dario Palace still exists and still has a bad reputation nowadays. Not bad for an Armenian boy who started selling fake rubies in the back alleys of Constantinople!

Actually, his best decision was to buy the title, and not the palace, a house that brought bad luck to nearly all of his owners. Soon after he acquired the palace, he lost his fortune, had to sell his recently acquired title of Marquis, and ended his life in poverty and obscurity. What’s the moral lesson of this story? Clearly, it is much better to buy a title of nobility than a haunted palace!

In Imperial Russia, in the times of the Tsars, it was easy to get a nobility title if you were in good relations with the all-powerful Tsar of All the Russias and his démodé retinue of embalmed courtiers. Anatole Demidov was a member of the richest family of the Russian Empire. The Demidov family, by the years 1830-1900, was probably the wealthiest family of the world. They owned foundries, collected art in a scale only known nowadays to top state museums with strong private and public funding, and had land estates so vast that they did surpass in extension some small European countries. 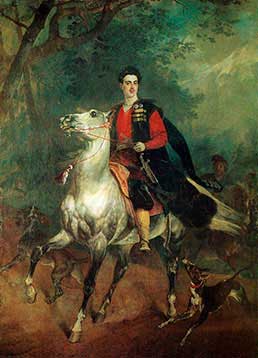 Anatole Demidov liked eccentricity, and was very fond of two countries: France and Italy. In fact, he did spend little time in his natal Russia. What he really loved was to enjoy the finer things in life, mainly in Paris, Naples and Tuscany. Anatole’s Father was a Count and his mother a Baroness. However, he wished secretly to be a Duke or a Prince, and have some kind of semi Royal Status.

Alexander II of Russia disliked the arrogant Anatole, and he decided not to award a noble title to our extravagant philanthropist. But His Imperial Majesty did not foresee what the riches of Anatole Demidov, known as “Anatole Demigod” could do with his nearly limitless spending power. Therefore, Anatole decided to buy a title and a Royal Wife at the same time, but from two different providers.

Jerome Bonaparte, brother of Napoleon, was the exiled king of Westphalia, and lived in relative obscurity in Florence, always short of cash. He did have a wonderful and beautiful daughter, the legendary Mathilde Bonaparte. So, Demidov agreed to purchase his very own royal wife at the staggering price of nearly a million francs payable in Jewells, and quarter a million francs to be paid in cash in several instalments.

However, this was not all! Now that he had acquired the royal wife, he needed to buy a noble title of the highest rank for himself. Leopold II, Grand Duke of Tuscany, was ready to oblige, and for an undisclosed sum, all done with elegance and discretion, a decree appointing Anatole Demidov as Prince of San Donato was passed in 1840. This Demidov chap was really great, as in a year, and using his chequebook, he bought a French Princess with claims to a German Kingdom and a Title of Prince in Tuscany for himself sold by the always accommodating Grand Duke Leopold.

He got away with it, and did it with style. His nephew inherited the Princely Title of San Donato, and was a reputed and famous hunter who loved shooting in his vast estates of the Caucasus dressed in tartar attire. The Demidovs were always first-class chaps, the ones who make you miss desperately the good old times. 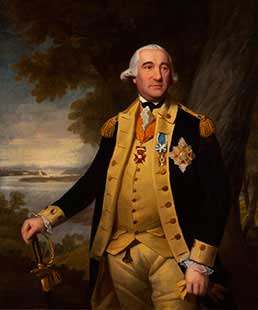 Although Italy is really the undisputed paradise for the sale of noble titles, we must say that Germany had some moments of grandeur too. We all know the history of the Rothschild family, and how they were ennobled. The ultra-wealthy Jewish Banker who in the end got some kind of nobility was a well-known stereotype in European nobility history. It did happen a few times, mainly in the XIX century.

The Story of the Gunzburg family surpasses all expectations, and we bet you didn’t know anything about how they bought their Barony Title in cosy little Germany in 1870, or the Babylonia Style parties they threw in Berlin and Paris, or how they paid for the making of one of the first movies of the history of cinema about Vampires!.

Horace Gunzburg was a Russian-Jewish Financier, extremely clever and influential, who made a fortune in the fields of arms dealing, banking and oil. Louis II of Hesse, Grand Duke of Hesse, one of the small sovereign states of the German Confederation, had a cash-flow problem. The Gunzburg consortium was extremely helpful in solving the temporary problems in currency of the little Kingdom. And by Miracle, Grand Duke Louis sold (sorry, we mean awarded) a Hessian Title of Baron to this very resourceful Russian Tycoon.

Amazingly, their Hessian Baronial Title was recognised by Alexander II of Russia, the one who hated the arrogant Demidovs, but loved the loans that the Gunzburgs gave to his government to promote industry in the fields of railroad transportation and oil exploration. The Grandson of Horace was the very peculiar, very elegant and very refined Baron Nicolas “Niki” of Gunzburg.

Baron Niki was a young and good looking fellow, who lived the good and high life of Paris in the Roaring twenties and the decadent thirties. He liked extravagant and costly parties, and used to entertain his guests by giving costumed and masked balls in decadent Parisian Palaces, featuring extremely original, artsy and mischievous sets designed by the best designers, artists and even architects. So, yes, Luxury balls and Parties with French Chefs, Imported Vienna Orchestras, and enough Champagne and caviar for a whole regiment!

However, not content with that, he financed one of the first Vampire Movies ever produced in the history of Filmmaking, with himself as the Top Star of the movie using the name Julian West as an Alias. The name of this French-German Production was “Vampyr, der traum des Allan Grey”, which in English is: “Vampire: The Dream of Allan Grey”, directed by the mythical Danish Director Carl Theodore Dreyer in 1932, and based on a story written by Joseph Sheridan Le Fanu.

The cost of this Vampire movie in the end bankrupted the young Baron, who had to immigrate to the United States. He was till the end a very elegant man, and worked for many years in New York in the Vogue magazine, Condé Nast Publishing and was a friend and influencer of some of the most influential fashion designers in USA, like Billy Blass, Calvin Klein and Oscar de la Renta, as well as icons such as Andy Warhol. He died in 1976 in the New York Hospital, and his funeral was attended by Blass, Klein and De la Renta among others. He was truly a Star!

Of course, we cannot forget France, where one could dedicate himself to the noble trade of being a Lord, and as such we will quote as an example a couple of “Noble Entrepreneurs”.

A good example of this is Dennis Mairetet, the son of a Burgundian Notary Public, who paid more than 20000 livres for a position in the provincial parliament of Burgundy, which gave him the legal consideration of a nobleman. As such, and in compliance with the Ordinance of Blois, he could buy legally Lordships of a feudal nature, and the land that was associated to those titles in those days.

The Mairetet family made a Fortune, accumulating enormous extensions of arable land and forests, as they speculated with the purchase of Lordships and Baronies, buying always low and obtaining always a good profit margin.

Another expert in the trade of noble titles in old France was the Berbis family, from Dijon. They specialised in the acquisition and purchase of neighbouring Lordships and Baronies, playing the market with the mentality of a land developer. Later, they bought a Title of Marquis, and enjoyed a wonderful and lavish lifestyle, by leasing the land they acquired together with the Lordships and Baronies.

Now, you cannot buy titles through the purchase of land anymore, but some very interesting feudal titles in France may be still acquired, and you may contact us to assess the possibility of attaining such a noble title.