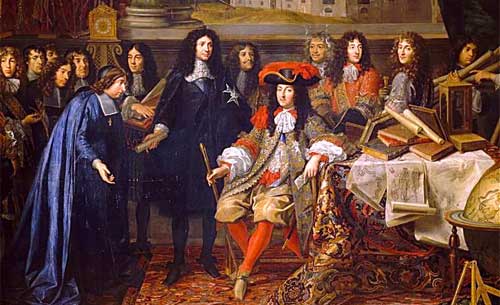 Baronial dignities from the north of France are very much in demand, for several reasons. One is that the Barony Titles from this area are very much desirable, mainly by German collectors, and also other gentlemen of good taste. At the moment, there are not many titles in this category that can be researched, but there are still a few worthy of consideration.

The antiquity of these titles is enormous, and many of them have strong links with the Holy Roman Empire, the French Monarchy, The Duchy of Lorraine, The ancient Duchy of Bar, and also in some cases the old dynasties from the Low Countries. Lorraine was a semi-independent feudal state that had an allegiance with France, Germany and the Holy Roman Empire before joining France, be later occupied by the German Empire and be back again the hands of France.

Therefore, as is the case of Alsace, these titles of nobility have something that no other feudal or noble title has. And this is that these titles are both French and German Titles of Nobility, as the owners of these feudal ranks belonged both to the nobility of Germany and the Nobility of France.

In some cases we are even able to research Baronial Titles with a German Name, which are great, and very scarce in availability. Also, and this is not frequent, if sufficient time is allowed to undertake deep research, dignities of Count with a Germanic name may be located, which is even more difficult, but still possible.

For those with French or German ancestors, or those who like the French and German culture and civilization, this type of noble title could be very good. The sale of this kind of Baronies will come soon to an end, so it is not a bad moment at all to hire us to study and analyse one of these titles, and get the property of one of these wonderful pieces of history.

The prestige of the titles from Lorraine borders the legendary, as this historical region of France was a paradise for the nobility. The Lynx and the Fox are still abundant there, and there is a big passion for shooting. The Feudal Lords of Lorraine were famous in Europe for their passion for hunting. Also, the region is famous for their wines, mainly the very much appreciated “Cotes de Toul” wine, and also for high quality beers and an excellent cuisine.

Lorraine has borders with Belgium, Luxemburg and Germany, and it is located at the very heart of Europe, and possess a culture which is most difficult to classify either as French or German, as many German dialects are still spoken, being the main called Lorraine-Franconian. Every village has still a church, forming linear villages where tradition dictates that the Angelus and bells must ring every day.

The price range for these excellent titles of nobility starts at 12000€. At this very moment, we are in a position to say that not more than a dozen of these Baronies is available to be researched. If you would wish to own a French-German Feudal Barony, with all that implies, you are welcome to write us and examine your possibilities. Of course, all the French-Germanic Baronial titles we work with are fully inheritable.