The Nobility of Estonia and Latvia 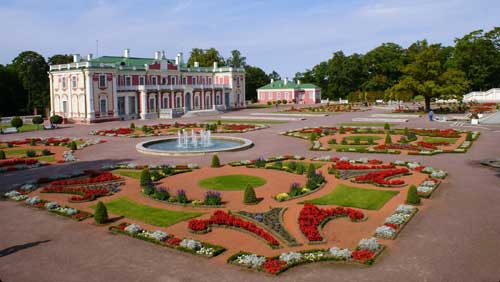 Most of the scholarly sources relating to Estonia and Latvia do not elucidate visibly how these countries were termed in ancient times.

Livonia is the initial name of Estonia and when the Teutonic Order of Livonia, who succeeded the Order of the Brethren of the Sword in 1237, ruled, Livonia became the name of today’s Estonia and Latvia.

Courland (in German: Kurland) was a province of Livonia and became an autonomous duchy after the dissolution of the Teutonic Order of Livonia in 1561, including the duchy of Semigalia.

In all these parts of Livonia, the nobility was German and was commonly referred to as the “Baltic Barons” while the population in today’s Estonia retained a Finnish language and in today’s Latvia a Baltic language Indo-European) called Latvian.

The island of Ösel (nowadays called the isle of Saaremaa) was annexed by the Swedish to Estonia in the year of our Lord of 1645.

Latvia is the 1918 region that includes the territories that comprised Courland, Semigalia and Livonia.

The Nobility of Estonia and Latvia originated from the descendants of the Teutonic Knights who conquered the pagan eastern lands of Europe. Estonia and Livonia were the object of territorial disputes between Protestant Sweden and Catholic Poland until 1709 when Czar Peter the Great invaded both in 1709, 1710 and 1711, a situation made official in 1721. In 1736, the Duchy of Courland was transferred to Ernst Johann Biron, the favourite of Empress Anna Ivanovna of Russia and regent in 1740 after her death and definitely occupied by Empress Catherine II of Russia in 1795. In 1801, Livonia, Courland, Estonia and Ösel established one governorate under Czar Alexander, therefore unifying this Latvian and Estonian nobility under the Russian administrative sphere.

The “Baltic Barons” is the name by which the Nobility of Latvia and Estonia was known, and as they were called were registered then in Courland, Estonia, Livonia and Ösel in noble assemblies named Ritterschaften, where their chiefs had essentially similar duties as the Marshalls of the Russian nobility somewhere else in Russia. They were not all Barons by rank, as some of them were untitled noblemen, some others titled Barons, Counts or Princes with their nobility originating from Sweden, the Holy Roman Empire or Imperial Russia, and were listed in a very similar way to the Marshalls of the Russian nobility elsewhere in Russia.

The “Baltic Barons” were by and large faithful to the Russian tsars, at least until the accession in 1881 of Czar Alexander III to the Russian Throne and the Russification that followed in the Baltic countries.

When the Bolshevik revolution succeeded in 1917, most of the “Baltic Barons” fought with the White Armies loyal to the Tsar, and joined many counter-revolutionary organisations. The government of Konstantin Päts in Estonia in 1918 and of General Karlis Ulmanis in Latvia in 1919 was accompanied by the terminations of the Latvian Ritterschaften in 1919 and again in 1922 and of the Estonian Ritterschaften in 1920, effectively expelling the former German feudal lords from their countries and stripped them of their properties.

Estonia and Latvia were controlled by a manorial system, customary among the Baltic nobility, Serfdom was a feudal institution distinctive of the Baltic area and featured a very old feudal structure, until its abolition in Estonia in 1816, in Courland in 1817 and of Livonia in 1819 (the end of serfdom took place in Imperial Russia in in 1861). However, the nobility still exercised a dominion over the countryside areas of Latvia and Estonia through manorial properties till the end of the I world war. However, almost immediately following the declaration of independence of Estonia and Latvia in 1918, both countries legislated against the German Minorities and imposed land reforms which finished the earlier supremacy of the Baltic nobility and forced all ethnic Germans into exile.

The seigniorial and manorial organisation gave birth to many flourishing manorial feudal domains, so many manor houses were constructed by the Baltic nobility. The manorial dominions were forestry and farming compounds and habitually incorporated, apart from the main palace, many other buildings for farmers and other employees at the estates and some primitive factories such as breweries or cider plants. Parks, tanks, lakes with fish, chapels, Churches with towers and also private cemeteries for the members of the nobility were also normally found on these large feudal domains. Nowadays these compounds are a very significant national heritage, and a direct inheritance of the Estonian and Latvian Nobility.

The “Baltic Barons” were deported by the hundreds or thousands to Siberia by the Bolshevik Regime from 1917 onwards and the survivors had to flee to Germany from 1918, as Lenin gave Livonia and Estonia to the German Empire in 1918 by the Treaty of Brest Litovsk, but all was lost when the German Empire lost the I world war and the Bolsheviks retook all that territory.

The most notoriously exotic Baltic nobleman was the Baron Romain von Ungern-Sternberg, a Russian White Guard General married to a Mongolian Tribal Princess who was a Lady in waiting in the Court of the Chinese Empress, who declared Mongolia independent in 1920 after Taking by force Urga, but was soon defeated and killed by the Bolsheviks in 1921. He maintained a fighting force called “The Asian Cavalry Division”, a legend in the anti-Bolshevik counter-revolution, and formed a military order baptised as: “The Order of Buddhist Knights”, which should have assembled all the Buddhist peoples of Asia to fight against communism. He supported the Living Buddha, the Khutuktu, (a high lama from an ancient lineage that rivalled with the Dalai lamas of Tibet) as Emperor whose independence was recognized by Russia in 1912, by the princes of Inner Mongolia and by the 1915 Treaty of Kiakhta between China, Russia and the princes of Outer Mongolia.

Although Estonia and Latvia had signed a treaty of non-agression with Germany in 1939, the secret agreement between the terrible Soviet Minister Vyacheslav Mikhailovich Molotov and German Foreign Minister Joachim (von) Ribbentrop in 1940 resulted in the annexation of both Estonia and Latvia by the Soviets, a situation that was ended with the collapse of the Soviet empire in 1991.

In the meantime, the “Baltic Barons” regrouped themselves in Germany after their expulsion of their ancient Germanic lands by the communists.