The Grand Homes of German Royalty

While the life stories and legends of royalty through the ages may have filled the history books, there’s another legacy of royal life that has long fascinated people from all walks of life and continues to captivate millions everywhere – the grand homes of those esteemed royals.

For much of history, the palaces, castles and mansions that the select few called home were hidden from the public gaze. The peasant folk may have been able to see the exteriors of lofty hilltop castles or vast city palaces, but the majority would never get to enjoy the exquisite interiors of these regal residences or stroll around the vast and beautiful grounds, gardens and parks.

Though the grand gates may have been closed to the sovereign’s subjects of the time, these days many of the world’s former royal palaces are now open to the public, either as museums, galleries, or even luxury hotels.

As host to many of the great kings, queens, emperors and empresses of the Middle Ages and beyond, Germany has an abundance of these historic and magnificent residences. It’s a collection that includes the epitome of German architecture and Prussian splendour, as well as influences from its geographical neighbours such as Italy, France, Spain and Eastern Europe, and further afield, such as the familial links with England’s royal family and their palaces.

Here are just a few of the beautiful buildings that were once the grand homes of German royalty. 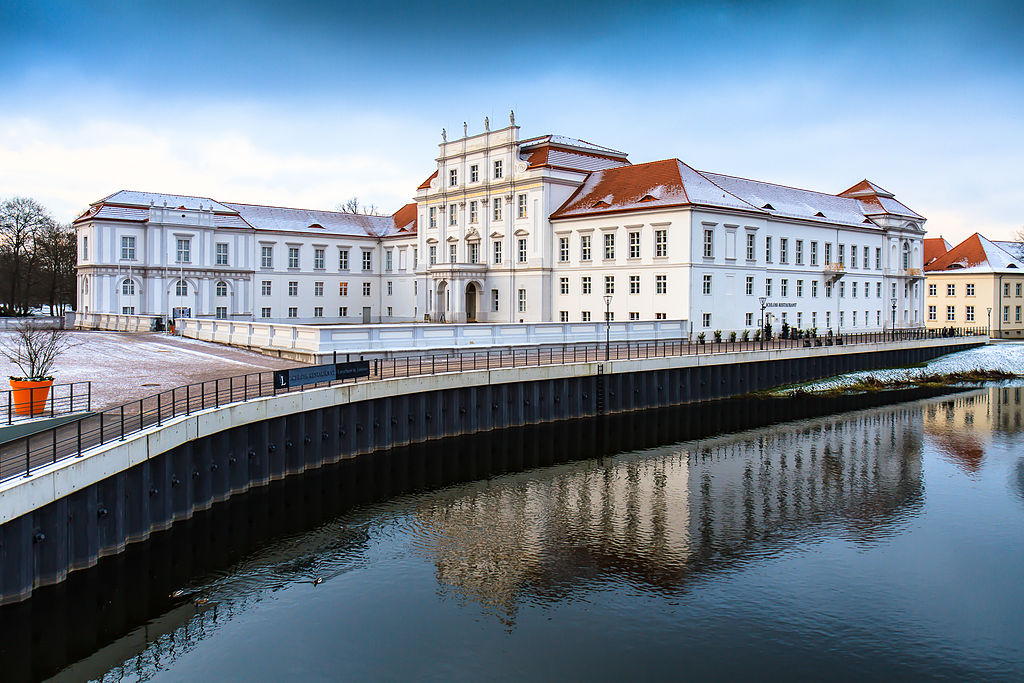 The vast ivory palace of Oranienburg, stands majestically on the banks of the picturesque Havel River in North-eastern Germany, approximately 35km from Berlin. This 17th-century palace lays claim to not only the title of oldest Baroque castle in Brandenburg, but also one of its most beautiful. It takes its name from its former royal owner, the Princess of Oranien-Nassau. Built in the Dutch style, this beautiful palace also has an air of Russian influences, as well as hints of French and Italian architecture. Today the palace and gardens are open to the public and include a museum of some of the finest works of art in Germany.

Hohenzollern Castle, the fairy-tale Gothic Revival masterpiece in southern Germany, is renowned as the ancestral seat of the mighty House of Hohenzollern. Yet the castle of today was never the permanent residence of any of the Kings or Emperors who inherited it, though it was the home of the former Crown Prince Wilhelm of Germany in the mid-20th century. Today it stands, its regal heritage undisputed, as one of Germany’s most iconic castles. It is also one of its most popular, with hundreds of thousands of visitors making the trip to the hills of Hohenzollern every year, to step back in time and enjoy the historic magnificence of this legendary castle. 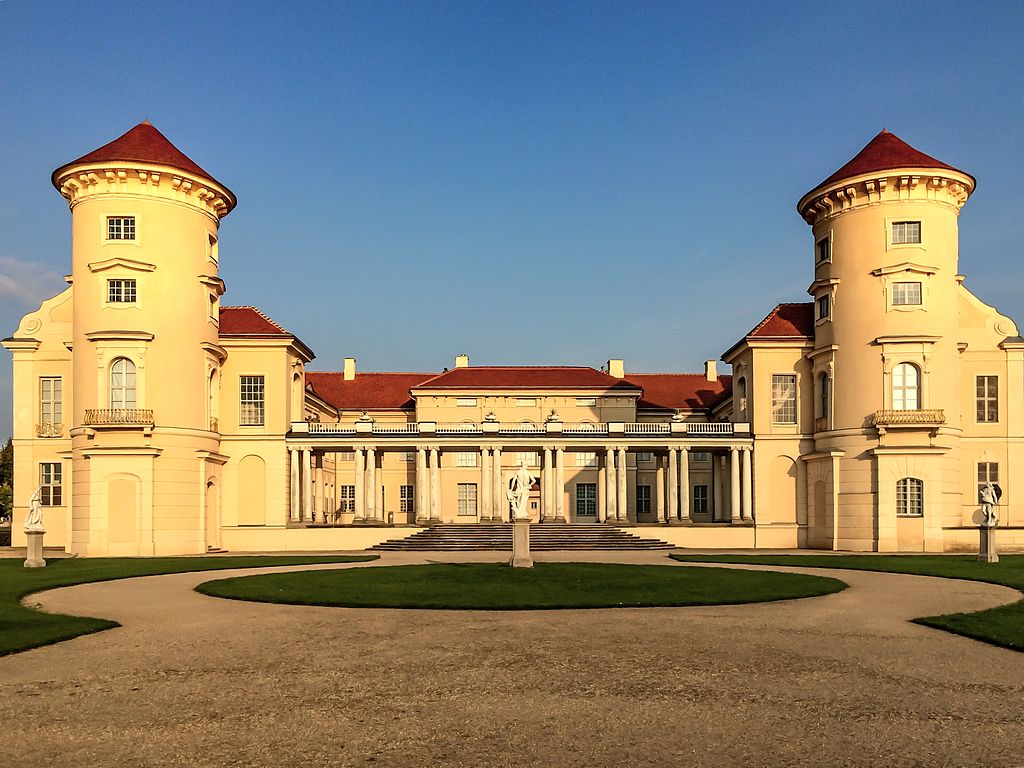 The spectacular former residence of Frederick The Great, King of Prussia and Elector of Brandenburg, enjoys a beautiful lakeside location, complete with medieval moat and castle-esque turrets, in the Frederica Rococo style. It’s believed that this was the inspiring home where Frederick the Great dreamed up the grand vision that would become his legendary masterpiece at Sanssouci. This beautiful palace has played a number of roles over the years, and after a period of restoration is now open to the public as a museum and venue for theatrical events.

The charming palace in the rural village of Peretz was a beloved summer residence of King Frederick William III of Prussia, who used to stay there as a child. The King was so taken with the property that he later bought the building and had it redeveloped as a summer retreat for his wife Queen Louise and their many children. In later years, the quiet residence fell out of royal favour and was rarely used, possibly due to its rural location away from the social and political hub of Berlin. It remained in the possession of the House of Hohenzollern until the Second World War when it was taken over by Russion Revolutionaries. Today it is a charming museum and provides a unique insight into the less-assuming aspects of German royalty. 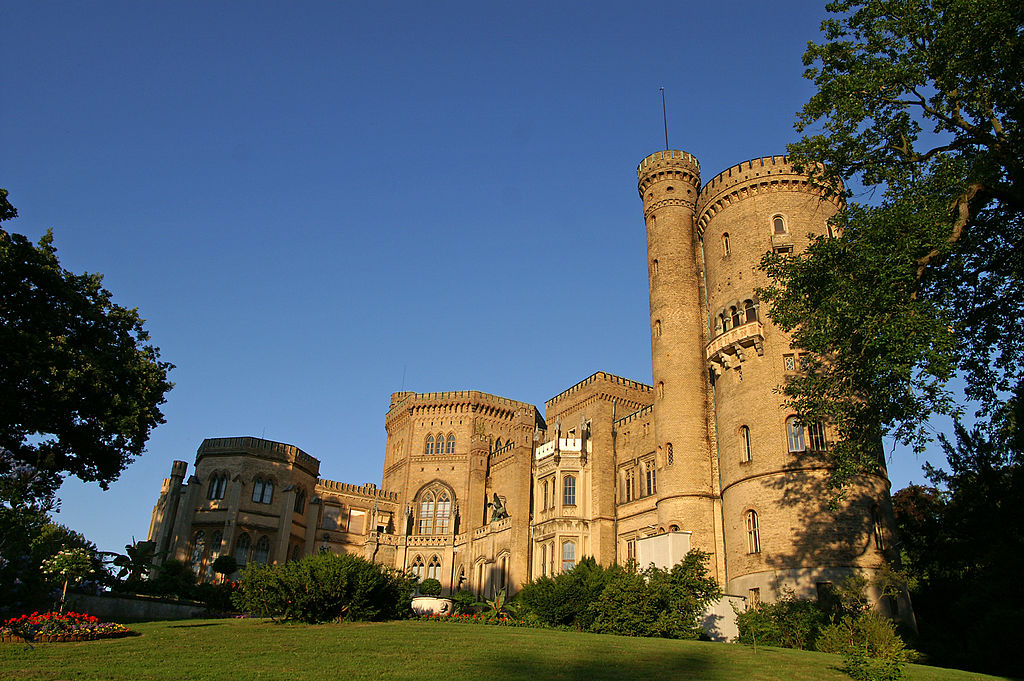 Another jewel in the crown of Potsdam palaces, Babelsberg Palace is a testament to the links between the German royal family and Queen Victoria of England’s reign. With echoes of Windsor castle, the famous English royal residence which played host to the recent marriage of Prince Harry and Meghan Markle, Babelsberg Palace is a stately schloss constructed in the Gothic Revival architectural style. It was the much loved summer residence of the German Emperor Wiliam I for over half a century, and today remains a popular feature of the Potsdam palace complex, enjoying UNESCO World Heritage status.

Another German palace that reflects the English influence, Köpenick Palace is an enchanting Baroque residence that graces the banks of the Dahme River in Berlin. While the palace of today is a stunning example of Renaissance architecture, the original castle on this site dated back to the 6th century. It was later converted for use as a grand hunting lodge for the Prince Elector of Brandenburg Joachim II in the 16th century. Today, the palace is a museum for decorative arts, cultural heritage and Renaissance interior design.

With its rich history of royal splendour, political might and vast wealth, Germany offers the world a bounty of enchanting royal buildings. These captivating residences not only reveal the power and stature of the German and Prussian royalty throughout the ages, they also tell the more human stories of their lifestyles and aesthetic delights.

It’s little wonder that these grand homes endure as an endless source of fascination for both history lovers and architecture buffs alike, as well as the many millions who simply seek to spend some leisure time in these beautiful places and spaces, following in the footsteps of Germany’s monarchs and their families.

If these grand residences have made you curious about acquiring a prestigious Noble Title of your own get in touch using the enquiry form in the sidebar or you can contact our Geneva office directly between 10.00-19.00, Monday to Friday on +41 225 181 360.