A Baron Title for Sale: Normandy

Normandy is one of the best known regions of France, with a rich history and traditions. It also has special relationships with England and Italy, specifically with Sicily and Naples, as the Hauteville, a Norman Dynasty, reigned in Sicily. Also, another Norman Dynasty, called Plantagenet, reigned in England.

The Norman Knights were an epitome of chivalric perfection, and helped spread the doctrines of the Christian world. Norman Noblemen participated in several crusades, were linked to the Kingdom of Jerusalem, and also were heavily involved in the foundation and establishment of Orders of Chivalry, such as the Hospitallers, The Templars, or the Knights of Malta among others. The Duchy of Normandy was one of the most powerful feudal estates of Europe, and was the frontier between England and the Kingdom of France for many years.

Also, the foundation of the Kingdom of Sicily, which happened in the year 1130, was established by Count Roger the Great, a grand nobleman of royal blood who conquered the south of Italy. Also, some crusader estates in Asia Minor had Norman rulers, such as the County of Tripoli or the Principality of Antioch. Likewise, the relation between England and Normandy is also very well known. Geographically, it is the closest region of Europe to the United Kingdom, and in the French Coast you still have the Channel Islands of Jersey, Guernsey and Sark, feudal possessions still in the property of England. 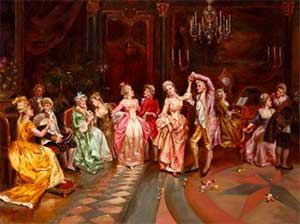 Barony Titles from Normandy are quite appealing to those with some British ancestry, or to those British People with some French ancestors in the area. Normally, Baron Titles from Normandy do possess great antiquity and tradition, and have many interesting features and characteristics. Experts and collectors have developed a fine appreciation and taste for this very much desired type of Baron Title, of course hereditary.

Also, Normandy was the origin of the most stringent feudalism and feudal laws, and their influence is still perceived in the legal framework of many countries.

As a feudal law stronghold, there are still some dignities with a feudal origin that could be researched in Normandy. The Baronial Dignities from Normandy are especially rich in history and grandeur.

Our researchers have some preliminary data that indicates that we should be able to research and find a Barony near Dieppe, close to the coast, probably granted in the times of Cardinal Mazarin, with some royal links to Louis XIII and Louis XIV. If this information is appealing to you, you could contact us and commission research on this title, and you would have our experts working for you in no time.

Our firm is able to research a very good quality Feudal Barony from Normandy. Prices would start at 7000€, and the research fee is 299€. The Title would be inheritable, and with a very rich tradition. In 48-72 hours we would be able to present a dossier with all the details pertaining to the title. Should you have in mind to become the owner of a French feudal Barony from Normandy, this is a great opportunity, as Norman Baronies are extremely hard to come by.