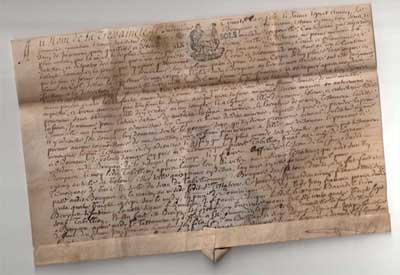 We have in our archives several kinds of French nobility Titles of Baron for sale. In this world dominated by the loss of the traditional values and globalisation, there are many people interested in obtaining noble & feudal titles. Some want the titles for historical motives, sense of belonging, to further their business interests, respect their ancestors or just for vanity.

There are also a few, mainly businessmen, researchers and collectors of rarities who wish to own a fragment of the history of Europe. It is today a rarity and a collector’s pleasure to have the opportunity to enjoy a Feudal title and be able to transmit it to your offspring and become a baron in the process.

The French Baronies have always been extremely attractive, as they are indeed the solemn remnants of a better age. These Baronies represent better than anything the aggressive pursuit of rights to revenue of the French Lords and Barons, and are a very fine example of Feudalism itself.

Feudal Baronies were an incredibly potent source of both power and wealth, as the ownership of Baronies determined in many cases the local agrarian policies of councils, the distribution of public authority in parishes and villages, and a peculiar system of profit extraction, land tenure, justice and regulations about arable lands, hunting rights, fishing rights and more.

French Baronies sell well from 7000€. Prices can be higher if you wish the research of the most ancient and rarest baronies, which is uncommon. These very scarce pieces of history are founded on old world traditions, are always passed on for generations, and are a classic and refined acquisition, a truly wonderful embodiment of grace, very rare in the present world, so indifferent to tradition.

The noble title of Baron occupies one of the highlights of the traditional aristocratic hierarchy in France; especially since it has to do, no doubt, with the title which exists in the greatest abundance. 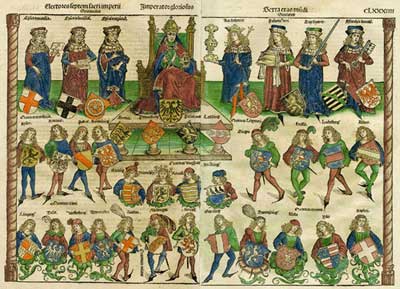 Furthermore, a specific feature of the noble title of Baron with regard to those of Duke, Marquis or Count, is its absolute feudal origin. It can be said, therefore, that its origins lie in the feudal Europe of the High Middle Ages and not in the Roman Empire, not even in its later historical periods. Nor during the time of the Merovingians, because this title was not known within the scope of the Germanic peoples.

The noble title of Baron was introduced in France by the influence of the Carolingian dynasty that ruled the Holy Roman Empire from the coronation of Charlemagne on December 25, 800.

However, it was not the Barons of the Holy Roman Empire, as far as Imperial titles, who reached the broadest dissemination in France. Instead, it was the Barons of old feudal extraction who were in charge of a fief, characterized by a set of legal institutions, whose titles were hereditary.

In addition to succession because of death, the feudal title may be subject to sale, donation or transfer by any other legal means. For centuries, acquiring possession and ownership of these titles by legal means was very common.

The Kings and Queens of the houses of Valois and Bourbon, particularly, lavished more titles of Baron, as hereditary nobility certification under merit to the state or loyalty or devotion to the Sovereign.

The transactional sale of French Noble Titles was very common and habitual in those days, and involved a great deal of legal work. Our researchers are able to find extremely rare French noble and feudal titles ready to be sold, offering you the opportunity to become a baron.

Nowadays, in order to obtain one of these hereditary dignities, a not negligible amount of research is strictly necessary. This is what we know to do, and we do it well.

The French Feudal Barons were not only dedicated to the maintenance and conservation of their seigneurial rights, but also devoted to claiming new ones if the occasion was good.

Provincial Lords and Barons with entrepreneurial habits were normally eager to augment to the expense of others the amount of land they owned, and expand the grandeur and economic capacity of their Baronies. These Lordships had countless deeds, contracts, account books and negotiations that demonstrated the expansionist mind-set of the nobility.

The Feudal barons were in the habit of purchasing judicial positions in courts in order to enforce their seigneurial rights. Also, this was a not unfamiliar or unseen method of raising funds. Another long-term source of income for the Barons was the acquisition of Sinecures. These sinecures took the form of high positions in the regional parliaments, and had a fixed rent or income for life.

It helped them in the continuous lobbying of institutions, with the intention to uphold ad infinitum their seigneurial rights and privileges. As an example, we can mention that some individual Lord and Baron could accumulate up to nine Judgeships, a fact documentary proved.

Normally, the French Feudal Baronies had associated to them beautiful coats of arms, as heraldry was a passion among the feudal nobility of France. These Baronies do have an age old regal touch that you will not find anywhere else. It is necessary to say that most French Barons were very refined gentlemen, dedicated to charity enterprises and enlightening works and actually did not fit the image propagated later by the revolutionary propaganda, who painted them as people prone to shameful idleness.

While some sycophantic courtiers did fit this image, it is not less true to affirm that most of them did not, a factor that has been greatly overlooked. Also, the abolition of serfdom resulted in the pleasant balance between royal prerogatives, noble privileges and civil liberties.

However, with the downfall of Feudalism and the coming of the French Revolution, the titles and the land became effectively dissociated forever. Therefore, the ownership of land is now irrelevant to become the owner of a feudal title, and as it has been said in other articles, it is indeed impossible to obtain the property of a Barony through the acquisition of Land.

We have available an impressive French Feudal Barony from the old Province of Languedoc-Roussillon, a deeply forested area of France, with a very pleasant landscape, full of feudal mills, manorial houses, areas reserved for hunting and some natural parks of notable beauty.

Extraordinary and prestigious feudal title from the Bas Rhine in Alsace

Our company has now on our private archives an exceptional French Feudal Barony from Alsace, Bas Rhine, located in Northern France, in the border with Germany, dating from the Middle Ages. The title has a German Name, it was created in the time of the Holy Roman Empire. 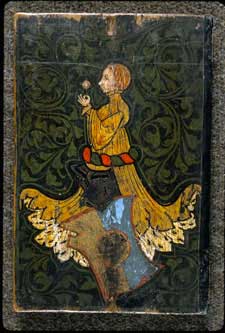 The jewels of the crown have always been the coveted French-Germanic Baronies from Alsace and Lorraine. These Baronies have German names, and are usually very old. In order to obtain the possession of one of these antiques is needed a very considerable amount of careful advice.

Not everybody can do so. Alsace is a very curious geographical area, bordering with Germany and the river Rhine area, famous for its old forests, monasteries, castles and strongholds, and also for excellent wines and some of the most impressive feudal titles of Europe. The price for this type of Barony is always superior to a Barony from other area of France except from Lorraine.

If you wish to become the sole owner of a very important piece of history from the ancient French province of Alsace and get your very own French-Germanic Feudal Barony, please get in touch with us. Also, we can provide counsel on the new Barony, and advice on any matter related to your new property, if you wish it so.

We are able to research for you a French Barony from the legendary region of Normandy. This is a good opportunity to attain the legal property of this title. Also, Normandy is a very remarkable area of France, and a true treasure in the fields of history, tradition and feudalism. 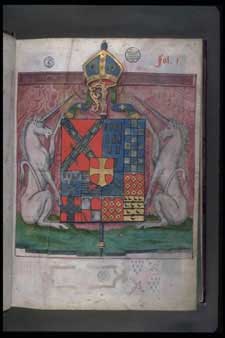 We can offer now to our customers an ancient Feudal Barony located in Lorraine, in Northern France. The history of the title is absolutely remarkable and has many colourful aspects and a tremendous historical importance. This is a treat for the connoisseur.

This is one of our most appreciated subjects. The Golden Treasure and the true Pearls of the European Feudal Peerage and Nobility have always been the very sought-after and favourite French-German Baronies from Alsace and Lorraine with their beautiful German names.

Lorraine is a very exciting geographical region, neighbouring with Germany and Switzerland, and the river Rhine area, famous for its old Nordic forests, decadent abbeys, ruinous castles and feudal towers, and also for superb wines and some of the most imposing noble titles of Europe.

If you do have a vested interest in the possibility of acquiring a French Feudal Barony and become a French Baron, you must get in touch with us.