Ostlichter LTA has available in his files an extremely old and prominent German Barony. The German noble titles are probably the ones with the biggest historical interest in ancient Europe. The German nobility was one of the most privileged social classes of the history of Europe, with an aura of legend and grandeur.

The German Barons were soldiers who served the Germans, the Austrians or the Russians at their convenience, were very fond of falconry and hunting, and belonged to several systems of nobility at the same time, which was very useful.

German Baronies sell well for 12000€, and if you wish to get a quotation and get the right information about the right path to obtain flawlessly one of this elevated and precious feudal and hereditary dignities, and buy one of our carefully researched baronies, we advise you to get in touch with us. Also, these German baronies come many times with beautiful coats of arms and are a delight for the connoisseur interested in the fine tradition of heraldry.

We do welcome only serious enquiries. If you do feel the above is of your interest and should you wish to take advantage of this exciting opportunity, please be so kind to contact us through the contact form and we will be positively delighted to help you with the knowledge, know-how and professionalism inherent to our firm.

We must point out that the German barony for sale that we can research for you is hereditary, and will have a very interesting history. The property and possession of a German barony always confers immense status and influence, and conveys a very honourable and distinguished sense of tradition to the owner.

It is indeed a very good opportunity to link yourself with history and become a hereditary baron and part of the Feudal German nobility and aristocracy, the old imperial baronial nobility of the ancient lands of the German empires of Europe.

We could research for you a very interesting German-Baltic Barony, or ancient German barony from Lothringen, the ancient Duchy of Lorraine. 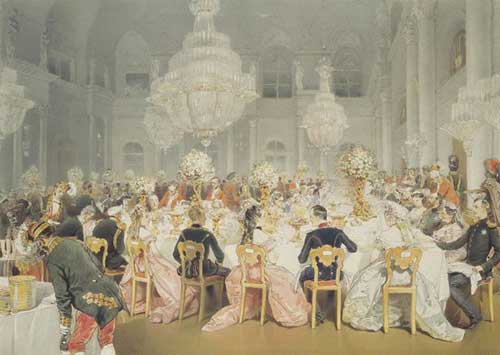 This is not a mere Lordship but a rarity for collectors. This German Barony is several hundred years old, has a confirmed historical existence, and can be conveyed seamlessly within the frame of the firmest legality and adherence of International and Customary Law. It would be possible for us to research exclusively for you this wonderful and exclusive type of title.

Alternatively, we could also research and locate for you a German Barony from the Ancient Duchy of Lorraine (Lothringen), titles that have the advantage of possessing a very useful dual nature, both French and German, as Lorraine was an Imperial Fiefdom with many German Baronies, very rich in history and grandeur.

Most of the owners of German Baronies formed part of a very privileged social group of landowners and military officers. Hunting, shooting, and some interest in the old concepts of Chivalry were also common to the German baronial class. There is to note that most of the barons used to have a rich interest in the military, especially in the fields and corps of artillery and cavalry, being normally acclaimed and respected experts in weaponry and horses.

The German Barons were very active both economically and socially in their world, and normally came from ancient lineages of nobility. They were also very proud of their heritage, and made important contributions to the genealogical knowledge of Europe, being very jealous of the prerogatives of their nobility, and being also defenders of Christianity. Habitually, the German Barons were born leaders who played a vital role in the administration of the imperial institutions and as army leaders, carrying the torch of tradition once lit by the Emperor Charlemagne.

We must say that the sale of a properly researched and studied German Barony is a matter that has to be analysed with great care, and this is precisely what we do best.