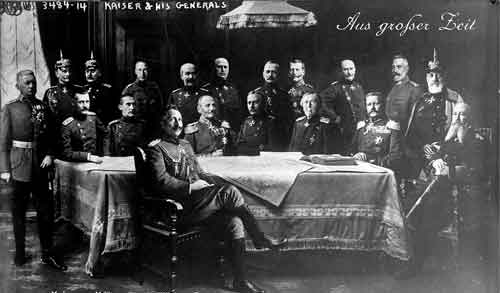 Adel is the original name of the German Nobility since time immemorial. This peculiar social class was a hereditary and very elite group that dominated the social, political and economic life of the Holy Roman Empire and the German and Austrian Confederation.

The nobility of Germany as a legally regulated caste was supressed the 11th of August of 1919 by the Republic of Weimar, which established by law an egalitarian social structure.

Surnames of the Nobility

A great Majority of the surnames of the German Aristocracy contained the word “von”, “Zu” and other denominations. The word “von” means “of” in English, and makes direct reference to the original geographical domicile where an ancient family comes from. The suffix “Zu” means “at”, or “of”, and explains that a family are the present proprietors of a Feudal Estate. The combination of the prepositions “von” and “Zu” (“von und zu”) means according to German Tradition that a noble family is at present in proprietorship of their ancient Feudal Seat.

Sense of Superiority of this Nobility

Among civilised nations, virtue has always been honoured. Moreover, virtue was considered without doubt as the only stamp of true worth. The German nobles considered themselves much than any other aristocracy as people accounted to be superior and better than his fellow citizens were. They also thought that the advantages of this excellence did not terminate in themselves, but descended to their issue. They were treated with respect, due mainly to their riches and power, which inherited together with the reputation of their ancestors and hereditary dominions.

The Geographical and National Diversity of the Titular Nobility of Germany

In early times, the Emperor was the sole fountain of honour in Germany. As the successor of the Caesars, he was in theory the secular Lord of the World, and as such conferred Royal Crowns and granted Coats of Arms.

The possession of this same Imperial Crown, however, constantly necessitated the absence of the emperor for long periods from his German Kingdom, and so arose the necessity to appoint a Vicar of the Empire for Germany during his absence in Italy, with the right to create Nobles and make Knights.

In 1482, the emperor Sigismund appointed Conrad, Archbishop Elector of Mayence, and in 1522, Charles V made his brother Ferdinand vicar for Germany during his absence, with the right to create “Counts, Barons, Lords, Nobles, Doctors, Knights and Armigers”.

So long as the Holy Roman Empire lasted, the sovereigns of the various states that formed the German Kingdom had not as such the right to confer titles. However, this right was sometimes conferred on them by special grants from the emperors.

Confirmation of the titles of Archduke and Count Palatine

One of the First Acts of Frederick IV of Habsburg (1440-1493) was to confirm the archducal title to his own family and to invest the archduke of Austria with privileges greater than those possessed by any other prince of the empire. One of these privileges was the legal right to grant letters of legitimation and to create Counts, Barons and other titles of nobility.

In 1500, Frederick’s son and successor, the Emperor Maximilian I, conferred on Frederick the Wise, Elector of Saxony, the right to Grant Arms, but not titles, within his Duchy, and a few years later the same right was conceded to all the Counts Palatine.

Two kinds of Counts Palatine came into existence by the seventeenth century. One was the “Comites Palatini Minores”, and the “Comes Palatini Majores”. The “Majores” applied where the holder of the office is either a Prince, Count, or Baron. The “Minores” refers to those given to Doctors, mere untitled noblemen, and others.

It seems safe however to make the distinction according to the right attached to the office, and to call “Majores” to those who had not only the right to grant arms but also titles of nobility, and where the office was hereditary, with the right to create another Counts Palatine, like: the Princes of Lichtenstein, The Barons of Schönborn, the Princes of Schwarzenberg, the Counts of Waldburg-Zeil and Bunau, and the Princes of Furstenberg and others. Many of these appointments were for life only, such as that of the Celebrated Mathematician Peter Apianus as a Count Palatine, with the right to grant arms in 1541 by Emperor Charles V.

On the dissolution of the Empire the 6th of August of 1806, all the rights formerly belonging to the Emperors became vested in the Sovereigns of the various Principalities into which Germany was divided. Nevertheless, 58 of the smaller princes had been previously, or were shortly afterwards deprived of their territories by Napoleon.

The Congress of Vienna, 1814-1815, recognised the sovereignty of the then existing forty States of the Old German Kingdom, but left the question of the dispossessed princes to be settled by the Diet of the New German Confederation. The 18th of August of 1825, a resolution of that date that de jure and de facto created the Mediatised Houses of the Empire.

The Decree gave equality of birth rights to these princes with the royals of other royal and imperial houses, and the hereditary qualification of Serene Highnesses. A further resolution of 13 February of 1829 confirmed the title of Erlaucht (Illustrious Count), to the Count Families. Many of these mediatised royal houses still exist nowadays, but as historical nobility, as their rights were terminated after the First World War, with the fall of the German and Austrian Empires.

Of the forty states in existence in 1815, only 29 survived until 1918, and until that date, the titular princes of these entities conferred titles of nobility. They organised themselves politically by joining the German or Austrian Confederation, under the rule of the Austrian Emperor or the Prussian-German Kaiser. The titles in the Empire were those of Prince, Duke, Marquess, Count of the Frontier or the March, Burgraf, Baron, Ritter, etc.

The Problem of Devolution of Holy Roman Empire Titles in England

Considerable divergence of opinion exists, especially in the United Kingdom, as to the devolution of Imperial Titles. They were conferred on the grantee, with remainder to his descendants of both sexes for all time.

This is very generally held to create a dignity inheritable by heirs general, which view was the time accepted by the crown in the United Kingdom. Some have even maintained that this remainder includes every descendant of the original grantee, those through daughters equally with those through sons. This view would render it very difficult for anyone to avoid being either a Prince, a Baron, or a Count of the Empire.

The Grant of Holy Roman Empire dignities was in the usual form, which entitles all male descendants to that dignity, as also for their lives ( but not with the right of transmission), the daughters of such male descendants. This is the correct interpretation placed upon this remainder in the countries of the empire itself is beyond all doubt.