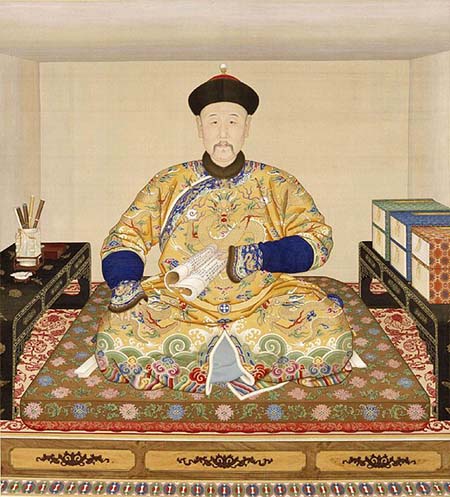 The Korean nobility includes all the individuals and families recognized by Korea until the end of the local Japanese occupation as members of the aristocratic class, therefore holders of hereditary privileges.

Preservation of Knowledge about the Nobility of Korea

The historical records of the Korean Nobility were kept by religious organisations. Exactly the same way as European Religious Orders such as the Benedictines and other monastic orders did during the Middle Ages, the Buddhist monks became the guardians of the Korean literary tradition from the Silla period until the end of the Goryeo dynasty. The Korean Buddhist monks were among others the first inventors of a book press, 500 years before Gutenberg to print ancient Buddhist texts and so it is mainly thanks to their intervention that we know a lot about the history of the Korean nobility today since ancient times.

The Ancient Original Titles of the Korean Royalty:

The monarchs of Goguryeo adopted the title of "Taewang", which placed them at the same level as the Chinese emperors. The literal translation of the title is “great king”. The first monarchs of Silla used the titles of geoseogan, chachaung, isageum and finally maripgan until 503. This followed the most ancient tradition of Korean kings who used to refer to themselves as Han or Kan, derived from the Turkish title of khan. Marip originally meant the highest, and gan meant housekeeper. Moreover, the Baekje used the title of eoraha, with ha to mean “ruler” and eora to mean “the greatest”.

The rulers of Korea adopted the title of je; or “emperor” during the Balhae and Goryeo dynasties. The title was used again for two decades during the Korean Empire.

Wang (hangul; hanja :), or king, was the Chinese title also used in many states by the dissolution of Gojoseon, Buyeo, Goguryeo, Baekje, Silla and Balhae, Goryeo. The monarchs of the Goguryeo dynasty used the title of taewang, meaning “great king”. At the end of the Goryeo kingdom (918-1392) and with the beginning of the Joseon dynasty (until 1897) the rulers of Korea continued to be known as “kings”, as in the case of Sejong the Great.

Those who had largely distinguished themselves in court service could equally carry the title of prince. Buwongun (great prince to court), was for example the title given to the father-in-law of the ruler or to those who had attained the rank of chief adviser of the state. Gun was the title given to the deserving subjects who had attained the rank of councillor of state. These principles made part of their title the city to which the subject was affiliated. Although the title was designated as the lord of a certain area, the title was purely honorific.

The Nobility of Korea under the Silla Kingdom

In the Kingdom of Silla, the nobility was long divided into two classes: “sacred bones” which meant people eligible for royal succession, and “real bones” that corresponded to the remaining aristocracy, until this form finally fell into disuse.

The state at that point adopted a categorization of the aristocracy in ranks similar to the Chinese ones as follows:

Gong, Duke, a title also granted to the progenitors of the main local clans.

Champ ’an, equivalent to Marquis.

Chamise, a rank comparable to a Baron.

Chusa, in a way similar to the English baronet.

Korean Noble and Royal Ranks in the Goryeo Era

At the time of the Goryeo Royal Dynasty, the Korean nobility was divided into six different classes:

Gukgong, Duke of a big administrative autonomous territory, a region

Gungong, Duke of a small province or county

Hyeonhu, Marquis with an attached territorial designation of an important metropolis

Hyeonbaek, Count of a less important city, still with some relevance

Gaegukja, Viscount of a second rank city, a town

Hyeonnam, Baron of a small town.

Though the Princely title of Taeja (also called sometimes Hangul or Hanja) was granted exclusively to sons of emperors, in other countries, however, this title had the meaning of “crown prince”. It was more like chinwang (hangul) of the Korean Empire.

The Nobility of Korea was very much a nobility comprised of clans.

Some noble clans held particular ranks in the society and in the Korean history that can be considered comparable to the higher and historical nobility of many countries..

During the Yuan dynasty, one of the children of Confucius, who was one of the grandsons of the famous Duke Yansheng Kong-Huan, named Kong-Sao, immigrated from Imperial China to the Kingdom of Goryeo founding there a new branch of his family after wedding a Korean lady (a daughter of Jo Jin-Gyeong) during the Togon Temur administration. This branch of the family received an aristocratic and nobility treatment at the time of the Joseons of Korea.

Religion of the Korean Nobility:

The members of the Korean Nobility were mainly Seon Buddhists and followers of Confucius. The high nobility of Korea used to follow the Confucius guidelines in public, and practice Seon Buddhism in private.

The Korean Samurais: The Hwarang Knights or the Military Nobility of Korea

Hwarang was an elite group of young males from the old nobility of the Kingdom of Silla in Korea.

Meaning of the word Hwarang:

To analyze the meaning of this term we can first consider its two component parts: “Hwa”, "Flower" and “Rang”, which means "Knight".

Very often this word is written as Hwarang, which might read as “Knight in Bloom” or “Man who Blossoms”, designating the evolution from adolescence to maturity of a young noble warrior. In the historic Korean tradition “Hwarang” is an honorary title that was given to selected young members and offspring of the Korean nobility in the Kingdom of Silla, who, even before puberty, considered themselves owners of a vocation to become Knightly Warriors through a heavy and large-scale physical, spiritual and mental training. The institutionalization of the Hwarang system, which made this military caste a sort of unofficial academy for future generals, took place roughly in 539 AD with King Jinheung of Silla, who understood the need to build up valuable military and political leaders, starting from a juvenile education. However, there are news from the major Korean historical and epic texts such as the Samguk Yusa, Samguk Sagi, Hwarang Segi and Haedong Goseungjeon proving the existence of Hwarang even before that date.

The Hwarang were strongly influenced by Buddhism, Confucianism and Taoism. The Samguk Sagi reports as follows: “… they chose the best young people of noble families, dressed them and looked after them aesthetically, and called them Hwarang. The people revere them and serve them …" Always the Samguk Sagi and the Samguk Yusa deal with how their ethical code was determined. Two young Hwarang, Gwisan and Chwihang, went to the enlightened monk Won Gwang in search of spiritual comfort because they needed a guide that could explain their true knowledge to them. They said to the monk: “We are ignorant and we do not have the knowledge, we ask you to give us the maxims that can instruct us for the rest of our lives as knights”.

The five commandments of the Korean Military Nobility:

1. Loyalty to your lord
2. Filial piety towards parents, their own and others
3. Confidence and loyalty between comrades
4. Never retire to battle
5. Do not kill indiscriminately
6. Hierarchy

List of the Ranks of the Knights of the Nobility of Korea:

Wonhwa: female patron belonging to the royal or imperial family

Hwarang: the unit commanders, the officers in charge of each military unit

Nangdo: Soldier-like, the members of the military units

The Hwarang Knights and Korean History

The Hwarang and their behavioural code have significantly influenced Korean historical affairs. In this way we must mention one of the chief heroes of this story, which proclaimed the first unification of the three Korean kingdoms, the famous and noble General and Knight Hwarang Kim Yushin. Hwarang’s ideas have stimulated Korean the arts from literature to landscape design an even in the field of martial arts. Even today there are traditional public events that talk about the historical deeds of the Hwarang caste and also different martial arts such as the Hwa Rang Do, started by Jo Bang Lee, fifty eight heir of the Hwarang tradition.

The End of the Nobility of Korea

The Nobility in Korea survived well and alive as a community and structure till the XX Century. The Korean Empire came to an end in August of 1910, when Japan annexed Korea.