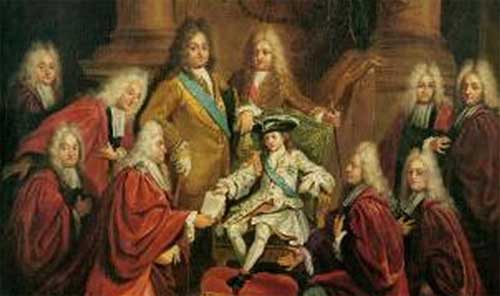 Buying a noble title of Viscount is possible to our clients.

It is still an option to acquire a French Viscount Title and Become a Viscount.

Viscount Nobility Titles for sale are very scarce, and the price range starts at 9000€.

The noble title of Viscount, like most others from the French aristocratic hierarchy, has its origin in the Early Roman Empire.

As regards its etymology, Viscount comes from the Latin term vicecomes, which refers to an auxiliary of the Duke and the Count, as well a Roman imperial officer, responsible for the civil and military government of a territory, usually a border of the Empire.

Among the Germanic peoples in general, and particularly among the Franks, the title of Viscount was not known. Its introduction in France was due to the later influence of Charlemagne. However, it was not until the Capetian Dynasty when it began to be lavished more frequently. Specifically, the second King of France of this House, Robert II the Pious.

Over the centuries, it became a hereditary noble title granted by kings. The final noble hereditary configuration of the noble title of Viscount was due to Philip I, who reigned from 1060 to 1108.

The noble title of Viscount was the most awarded, along with the title of Baron, during the seventeenth and eighteenth centuries by the Kings and Queens of the House of Bourbon.

French Viscounts were famous for their lavish lifestyle and splendour, and usually owned chateaus with a large acreage and vineyards. Horseracing, falconry, hunting, shooting and wine-making were some of the favourite distractions of this very elite social caste.

We have the capacity to research old titles of French Viscount, one of the most desired noble titles of the whole world.