The Noble Title of Baron is one of the most ancient of aristocratic ranks, and German Noble Titles arguably played a very significant part in the history of Ancient Europe.

The term ‘Baron’ was used to identify the King’s companion, it stems from the Germanic word “Baro”, meaning warrior. Holding warrior status was a particular privilege among the Germanic people, as only a freeborn man was entitled to bear arms.

The original German Barons were often soldiers with an aura of legend and grandeur, a privileged social group fond of weaponry, horses and hunting, who served not only the Germans but the Austrians and Russians as well.

The German Nobility was one of the most powerful and privileged of the European social elite, yet the old values of chivalry and honour were notably prominent features of the German Baronial class.

Our Baronial Titles are usually located in the former lands of the Holy Roman Empire, and sometimes Prussia, Galitzia, Bohemia, the Baltic Estates, and other regions of the ancient German empires and confederations.

Most of the owners of German Baronies formed part of a very privileged social group of landowners and military officers. Hunting, shooting, and an interest in the old concepts of Chivalry were common to the German baronial class. It’s worth noting that most of the Barons would have had a strong interest in the military, especially in the fields and corps of artillery and cavalry, typically being acclaimed and respected experts in weaponry and horses.

The German Barons were very active in their society, both economically and socially, and would usually come from ancient lineages of nobility. They were also very proud of their heritage, and made important contributions to the genealogical knowledge of Europe, vigorously defending the prerogatives of their nobility, and the virtues of Christianity. Habitually, the German Barons were born leaders who played a vital role in the administration of the imperial institutions and, as military leaders, carrying the torch of tradition once lit by the Emperor Charlemagne.

We feel it’s important to highlight that the sale of a properly researched and analysed German Barony is something that should be approached with great care, and this is precisely what we do best.

German Baronies are Titles of Nobility that are highly desirable for those with Germanic backgrounds, or with an interest in the history of central Europe. Many are captivated by the strong attraction and esprit de corps of the nobility of Germany, and wish to join the ranks of the feudal nobility of Germany by acquiring a Noble Title.

We are one of the few organisations with the knowledge and resources to thoroughly research available and unique German Baronies of a hereditary nature. Discerning individuals interested in acquiring German Baron titles with proven historical authenticity should get in touch using the enquiry form in the sidebar or you can contact our Geneva office directly between 10.00-19.00, Monday to Friday on +41 225 181 360.

French Barony With Germanic Name From Alsace or Lorraine.

Preliminary reports from our research team of historians, lawyers and genealogists suggest that there is strong evidence of a very exceptional, ancient and prestigious French-Germanic Feudal Barony Title from Alsace or Lorraine of an extremely rare quality and value that could be obtained for our clients. French Baronies with Germanic names are a rarity, and very much sought after. This title has an extremely high intrinsic value.

We will convey this rare and unique Feudal Title through solicitors to ensure your protection. The title is inheritable (as all the titles we offer), and it has a superb and truly fascinating history and background.

Prestigious French-German Titles are now extremely hard to come by. However, we have done it again. Now, it is available on our books an excellent quality Barony. Our Lawyers will get this title for you.

We have now available for our customers an exceptional quality German Feudal Barony.

Our researchers have found an excellent German noble title of Baron. The legal transfer of the title is made through solicitors. The title has a very distinguished historical existence and has a very beautiful coat of arms. 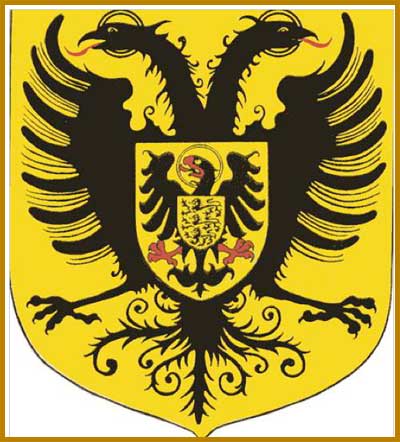