Ancient French Baronies are among the most prestigious titles in the world.

More than mere symbols of nobility, these Baronial titles bear the story of hundreds of years of France’s dynamic and spirited history. The Feudal Baronies of France originate from the High Middle Ages, rather than the Roman Empire, and are rare and valuable remnants of the country’s past.

Even though these Baronial titles emerged from a realm of increasing power, influence, privilege and wealth, they were also founded on old-world traditions. They represent a fine example of Feudalism itself, a world of refined gentlemen, devoted to their monarch and dedicated to charitable works and enlightening enterprises.

A French Barony Title is something that sets you apart. It is by far one of the most fascinating nobility ranks of the world. History has many examples of illustrious French Barony holders, with many different backgrounds: bankers like Baron Rothschild or Hottinger, famous historians and educators such as Baron Coubertin, founder of the International Olympic Committee, and father of the modern Olympic Games, Emmanuel d’Astier de La Vigerie, famous politician, writer, journalist and member of the French Resistance, or famous soldiers such as Baron Jacques-Antoine-Adrien Delort, a Cavalry General who commanded a Dragoons Regiment in the Napoleonic Wars and the Battle of Austerlitz, or Baron Saint Just, Commander of the French Colonial Empire.

In addition to their feudal origins and genealogical importance, these Baronies also evoke memories of an ancient regal era, courtesy of their royal connections and position in the French Nobility.

With geographical links to some of the most beautiful parts of France, these Noble Titles occupy a unique role in both the story of France and its traditional aristocratic hierarchy.

We can find and locate French Barony Titles from Normandy, Languedoc-Roussillon, Brittany, Burgundy, Alsace and Lorraine. This expertise simply can not be matched by any other provider in the world.

Our resources provide us with access to genuine, hereditary French Baronies dating back hundreds of years through France’s history. So if you are interested in acquiring one of these valuable and rare titles get in touch using the enquiry form in the sidebar or you can contact our Geneva office directly between 10.00-19.00, Monday to Friday on +41 225 181 360.

French Feudal Barony and a Lordship

We have got on our books an exceptionally ancient and prestigious Feudal Barony Title of an extremely rare quality and value. This territorial title has an enormous historic interest, and comes with the right to modify the coat of arms linked to the title, along with an additional Lordship attached to the title: 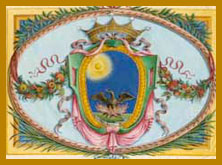 We will convey this rare and unique Feudal Title through solicitors. The fee is €5,900!

Prestigious French Titles are now extremely hard to come by. However, our company has done it again. Now, it is available on our books an excellent quality Barony. Our Lawyers will obtain this title for you.

Payable via PayPal or Bank Wire

The process is simple. Book your title now. Transferred through Solicitors to safeguard your protection. No hidden charges. A French Barony plus a Feudal Lordship is indeed an outstanding opportunity.

French Barony With Germanic Name From Alsace or Lorraine.

Preliminary reports from our research team of historians, lawyers and genealogists suggest that there is strong evidence of a very exceptional, ancient and prestigious French-Germanic Feudal Barony Title from Alsace or Lorraine of an extremely rare quality and value that could be obtained for our clients. French Baronies with Germanic names are a rarity, and very much sought after. This title has an extremely high intrinsic value.

We will convey this rare and unique Feudal Title through solicitors to ensure your protection. The title is inheritable (as all the titles we offer), and it has a superb and truly fascinating history and background.

Prestigious French-German Titles are now extremely hard to come by. However, we have done it again. Now, it is available on our books an excellent quality Barony. Our Lawyers will get this title for you.