Germany is renowned for its fairy tale castles. Although there are estimated to be over 25,000 castles throughout Germany, many of the more famous castles, the legendary Neuschwanstein for example, are relatively modern buildings, built in the last two hundred years, mostly throughout the 19th century.

Many of Germany’s older castles, particularly those dating back to medieval times, were built with a more practical and functional appearance. These were designed primarily as defensive strongholds, rather than decorative symbols of wealth and refinement, or palatial residences for the ruling elite.

However, some of Germany’s more ancient castles did adopt the fairy tale aesthetic that is so beloved of modern visitors, or they evolved to incorporate more inspiring architectural styles over the centuries.

The following are some of Germany’s oldest castles that are also among the finest, most beautiful and picturesque. 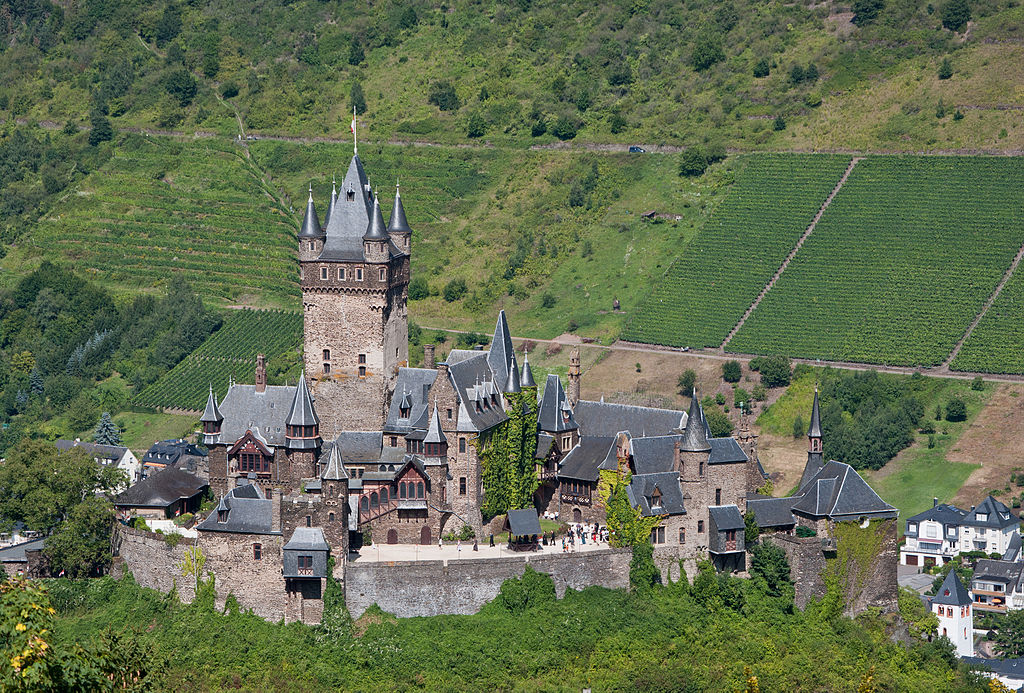 The Imperial Castle of Cochem, Reichsburg Cochem, is not only one of Germany’s oldest castles, but it is also one of the oldest in the world.

Like many of the castle structures of the turbulent medieval period, it was partially destroyed by both time and battle attacks, then rebuilt and refashioned in the style of the later periods. This is the story behind the castle’s mix of medieval and Gothic Revival architectural features, such as the crenellated walls and the Rapunzel-esque ivory tower.

Although these may not be the most ancient parts of the original castle, they tend to be the signature architectural features that lend the building its fairy tale air.

One of the castles oldest surviving features, however, is pure fairy tale. The Hexenturm or Witch’s Tower dates from the medieval period when it was used, not as the quarters for the resident wicked stepmother, but for much darker purposes – as the place to hold witchcraft trials and executions.

The magical island setting of the enchanting Schweriner Schloss makes it truly the stuff of fairy tales. The building is surrounded on all sides by the waters of Lake Schwerin, reflecting the turrets and spires of the castle in its mirror-like surface.

Access to the castle is via a picturesque arched bridge across the lake from the mainland, while yet another bridge to the south of the castle leads to its magnificent castle gardens.

Although many of the classical architectural features are relatively recent additions, added during the Renaissance period, the original castle dates back over a thousand years, when it was a Slavic fortress.

To add to its history and fantasy even further, Schwerin Castle even has its own ghostly legend. ‘Little Peter’ the poltergeist is said to haunt the castle and wreak havoc with his tricks – but thankfully, only on the wicked. 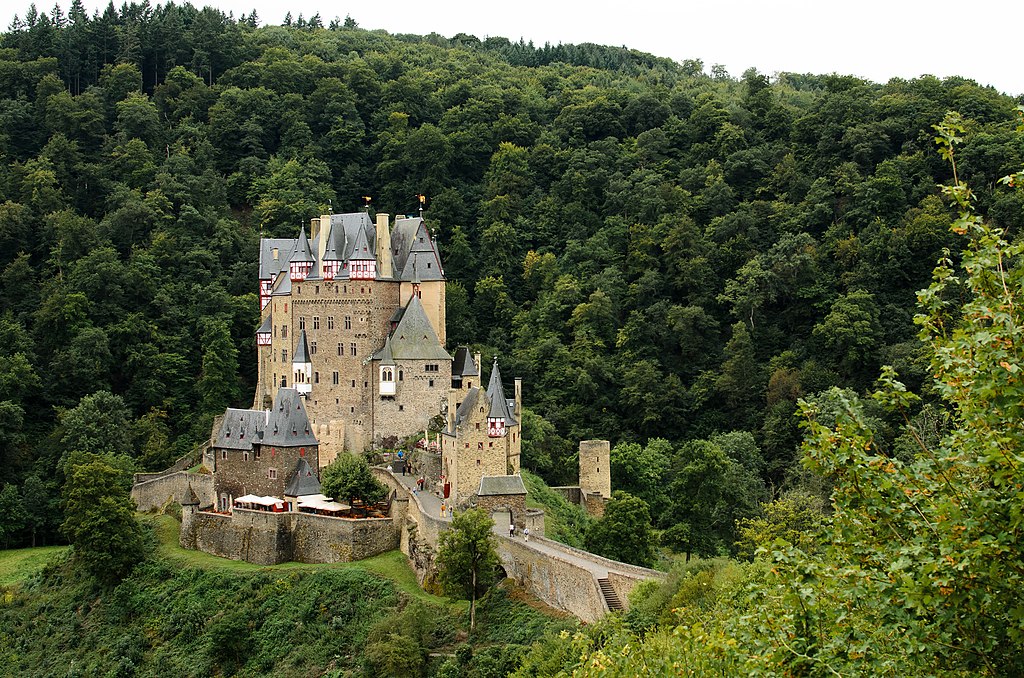 High on the hillside of the beautiful Moselle valley, Burg Eltz resides regally amid the forest trees and nature reserve. The home of the Eltz family for over eight centuries, this enchanting fairy tale castle has a rich and fascinating history.

One of only three castles on the left bank of the Rhine in Rhineland-Palatinate that has never been destroyed, much of Eltz Castle dates back to around 1157, though its Romanesque keep is even older, having its origins in the 9th century.

With its magnificent turrets and towers, the castle of today is as picturesque as ever and remains a popular favourite with visitors from all over the world. Although the castle is still inhabited in part by a branch of the Eltz family, some areas are open to the public during the summer season.

Eltz Castle is also a much-loved character in Germany’s history and culture, even appearing on the country’s currency – from 1965 to 1992, an image of the castle graced the 500 DM note.

Legend has it that Moyland Castle was named by the Dutch workers that were brought over to work on the property in the 14th century – Mooiland is Dutch for ‘beautiful country’.

This imposing fortress lives up to its name as a stunning example of Germany’s beautiful castles. Moyland Castle also has its share of stories, with its dungeons and high towers, history and splendour, even an illicit love affair that was so scandalous it made the Prussian court records.

The building is a mix of Gothic and Gothic Revival, as well as Tudor style elements and more recent additions. Like many German castles, it has undergone a degree of restoration after periods of neglect or damage.

Today, the beautiful Moyland Castle stands proudly amid its moated surroundings and plays host to one of Germany’s most important art collections, most notably the permanent exhibition of over 5000 pieces from German artist, Joseph Beuys.

Sharing the shores of River Elbe with the towering Meissen Cathedral, Albrechtsburg is one of Germany’s oldest inhabited castles.

The original castle evolved from a fortress and settlement in the 10th century. Its current incarnation was built half a millennium later in 1471, when the owners commissioned the building as a residence – allegedly the first German castle to be constructed solely as a home rather than a military stronghold.

Over the centuries, Albrechtsburg was home to a succession of regional rulers, in particular, the Electors of Saxony. From the 18th century, the castle also became home to the famous Meissen China, the first place in Europe to manufacture hard-paste porcelain. This was established by one of the castles most notable residents, the legendary King Augustus II the Strong, who was not only Elector of Saxony, he was also an Imperial Vicar, King of Poland and Grand Duke of Lithuania, acquiring his name from his ability to break horseshoes with his bare hands.

Today, the castle’s regal splendour lives on as it reigns supreme over the Meissen skyline, attracting modern visitors to its architectural grandeur as well as its stories of wealth and power.

Germany is undoubtedly the ultimate destination for castle lovers, boasting one of the highest numbers of castles per square mile in Europe.

But whilst there are plenty of ancient fortresses, and an abundance of magical 19th-century buildings, these fairy tale castles that combine both age and beauty are much more rare. They possess a unique charm, blending the tales and legends of Germany’s medieval past with the stunning architectural magic that modern visitors love. It’s little wonder these gems are some of the countries most popular and beloved castles.

If these famous German castles have piqued your interest in acquiring your own prestigious Noble Title get in touch using the enquiry form in the sidebar or you can contact our Geneva office directly between 10.00-19.00, Monday to Friday on +41 225 181 360.