The Oldest Castle In Germany

There is some debate over which of Germany’s 25,000 castles can rightly claim to be The Oldest of Them All.

With so many castles dating from the early Middle Ages, it can be difficult to accurately state which is officially Germany’s Oldest Castle, especially as many of these ancient buildings have been developed over the centuries, or destroyed and rebuilt. It can also be a challenge to quantify what is a genuine castle, as opposed to a fort, a palace or even a ruin.

However, there is one castle that has, for almost 200 years, claimed a heritage of over 14 centuries, making it the oldest inhabited castle in Germany.

That castle is “Die Meersburg” – castle by the sea. 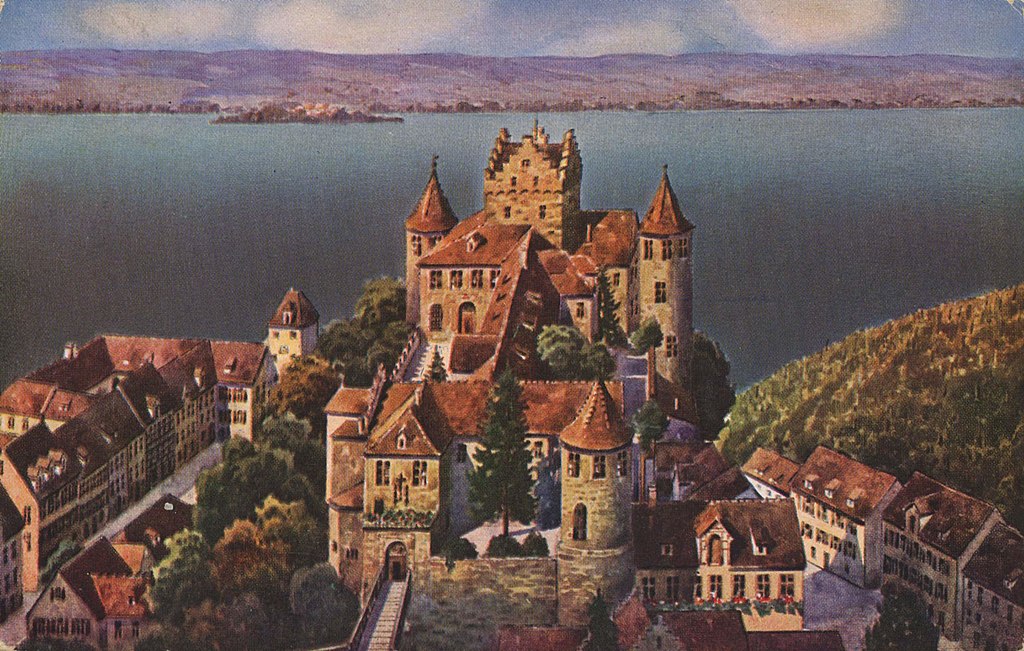 Situated across the lake from the popular city of Konstanz, the castle sits atop a rocky outcrop, its medieval walls towering over the lower city. While Meersburg Castle lies on the German shores of Lake Constance, the lake itself shares borders with Germany’s neighbours Switzerland and Austria, as well as the nearby Bavarian province.

Although Meersburg’s alternate title of Alte Burg (old castle) adds weight to its claim of being Germany’s oldest castle, this name actually relates to a neighbouring castle built much later, in the 18th century, and referred to as Neue Schloss Meersburg (new castle).

However, one of the castle’s 19th-century inhabitants, the illustrious antiquary, Baron Joseph von Lassberg, proposed that the central keep of the castle was built in 630. He supported the theory that the Merovingian king Dagobert I built the tower, hence its name Dagobertturm (Dagobert’s Tower). Historians believe that the large, roughly-squared stones at the base of the tower could possibly date from the 7th century, and there are records that suggest King Dagobert was in the Lake Constance region around that time.

An alternative theory suggests that Meersburg was built in the 12th century, making it not quite as old as initially claimed – though still one of Germany’s oldest castles. However, the fact that the castle is still inhabited adds credence to its claim as the country’s oldest inhabited castle, as many other ancient German castles have become state buildings, such as museums, universities, galleries or government offices, or are privately-owned tourist destinations.

When the castle was opened to the public at the end of the 19th century, it was one of the most popular attractions of the Bodensee (Lake Constance), and over the centuries since, it has charmed visitors from far and wide, becoming renowned across all of Germany, and even globally, as one of the country’s oldest inhabited castles.

The History of Meersburg

Whether originally established by King Dagobert in the 7th century, or later in the 12th century, the story of Meersburg is that during the Middle Ages, it was the home of several lords and various local Counts; the Counts of Linzgau, the Counts of Buchhorn and the Counts of Welf, as well as a dynasty of German Kings – the Hohenstaufens. 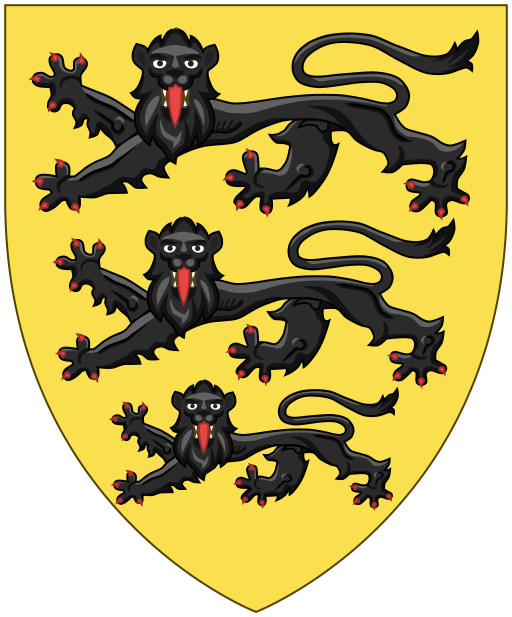 One member of this family line, Conrad the Younger (or Conradin) went onto become Duke of Swabia, King of Jerusalem and King of Sicily. In 1261, he raised an army and left Meersburg to fight Charles I of Anjou, in an attempt to restore the title of his excommunicated father. Although victorious in Rome, Conradin was eventually captured and killed.

With the death of Conradin, Meersburg entered a new era of ownership by the Prince-Bishops of Constance. This period was not to be a peaceable one, however, as a series of warring bishops, sieges and rebellions saw a stream of appointments and owners for the next five centuries. One siege during the summer of 1334 even marked the first use of cannons in Germany, though this ‘modern’ advantage was still not enough to successfully capture the castle.

As the 18th century dawned, the resident bishops turned their attention to the New Schloss which was to be their modern replacement for the ancient Meersburg. The old castle then passed into the hands of the Grand Duchy of Baden, and shortly afterwards was sold to Baron von Lassberg. The Baron and his wife brought a cultured air to the castle, making it a home and regular haunt of writers, artists, collectors and historians, including the famous German poet, ‘Annette’, who was the Baroness’s sister.

In 1897, the castle was bought by a medieval researcher and heraldist from Munich, Carl Mayer von Mayerfels, who established the Medieval Museum and opened parts of the castle to the public.

Today, the Meersburg Castle remains open to visitors and for guided tours. Some 30 accessible rooms reflect Mayer von Mayerfels passion for the medieval ages, bringing the period to life with an extensive collection of weaponry, armour and coats of arms.

The remainder of the castle is occupied by the descendants of Carl Mayer von Mayerfels. The current owner and lord of the castle, Vinzenz Naeßl-Doms, has been in charge of the property since 1977, continuing the generous work of his ancestors in maintaining the Meersburg as one of Germany’s important cultural assets.

We may never know for sure the true age of Meersburg Castle and whether it is officially the most ancient of Germany’s many castle structures. However, with a family who lives in and ardently cares for their ancestral home, alongside its undoubted heritage and antiquity, Meersburg is among the country’s finest castles and most historic buildings – and could well be the oldest inhabited castle in Germany.

If this ancient German castle has piqued your interest in acquiring your own prestigious Noble Title get in touch using the enquiry form in the sidebar or you can contact our Geneva office directly between 10.00-19.00, Monday to Friday on +41 225 181 360.