The Nobility of Sweden

The Swedish Nobility has its origins in the reign of King Magnus I Ladulas (1279-1290). This King married the Princess Hedwiga of Holstein, who suggested to the monarch the institution of the Fralse in 1290. This “Fralse” freed all those who in time of war could furnish a man and a horse for the service of the crown from the payment of taxes. From this time it gradually became the custom for the king to give this Fralse at the conclusion of each war, a signed document as evidence of their exemption from taxation, and after a lapse of time these documents came to be regarded as necessary proofs of nobility, and so arose a “parchment Nobility”.

The earliest of these Patents preserved at Stockholm is that of Peter Knagh, granted by the Regent Sten Sture in 1483.

Titles of nobility were not introduced in Sweden before the reign of Eric XIV (1560-1568), son of the great Vasa. That monarch, hoping to marry Queen Elizabeth, at his coronation in 1561, created three Counties in favour of the three great houses of Sure, Roos and Brade, and 9 Baronies , among the recipients of which figure the historic names of Lejonhufvud, Bonde, Stenbock and Oxenstjerna. However, these patronymics, assigned by history to their descendants, did not come into use until long afterwards. The new nobles continued to be known as “Peter son of Eric”, etc.

Charles IX, (1600-1611) created his son and heir, Gustavus, Grand Duke of Finland, and Duke of Estonia and Westmanland, and was the first to suggest that the nobles should adopt a fixed surname; but it was not until the reign of his son, Gustavus Adolphus II (1611-1632), that family names came into general use. King Charles IX appointed a commission of 12 Knights whose mission was to visit the Fralsejord, (Freed Lands), and determine the number of men at arms to be furnished by each estate, and Gustavus Adolphus, finding the royal revenues much curtailed by this general exemption from taxation, ordered that each noble should produce his parchments, and that, if his lands proved insufficient to support the number of men at arms required, he should lose his privileges and be “disennobled”.

It was King Gustavus Adolphus, who first instituted in 1624 the Riddarhus or House of Nobles, composed of the Head of each Noble family, on whose books all those entitled to a seat were to inscribe their names, and rendered it obligatory in each newly created Peer to be introduced and take his seat. A number was assigned to each family on its introduction, and each class having its own numbering. Brade was the first Count to take his seat and Oxenstjerna the first Baron. Both these families still exist, and the head of each is respectively the Premier Count and the Premier Baron of Sweden.

Count and Baron are the only titles known in Sweden; and though for a long time all families enjoying them derived their titles from the Counties and Baronies possessed by them, they continued to be known by their surnames and not by their territorial titles, the case of Peter Brade, who invariably styled himself “Peter, Count of Wisinborg”, and not Count Brade, being quoted as a solitary exception.

Queen Christina (1632-1654), wished to introduce that of Duke, and offered to confer that title on the chancellor Axel Oxenstjerna and on Count Peter Brade, hoping to induce them to agree to the nomination of Count Nils Thott to the succession after Charles Gustavus should the latter have no male issue. Both nobles, however, refused, begging Her Majesty rather to do away altogether with nobility and titles, and let the nobility remain as it formerly was, and the ducal titles should only be borne by princes of the blood. After the Danish War of 1679, the finances of Sweden were in utter confusion.

So many of the crown lands had been given away to nobles that the revenue was not large enough to cover the necessary expenditure, and the administration could not be carried on without a system of crushing taxation.

King Charles XI, (1660-1697), with the sanction of the diet in 1680, ordered that the forth part of the lands given the previous thirty years should be restored. This, however, was only the beginning. Charles, having swamped the House of Lords by creating 200 nobles in the course of a year, soon extended the process of reduction, as it was called, and it was carried on with ruthless severity. By this measure, some of the foremost noble families in Sweden were ruined, and the crown was made almost independent of the Diet, for it recovered no less than ten counties, seventy baronies, and many small states. 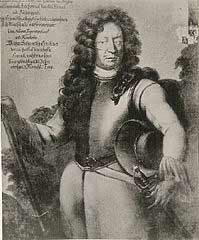 With the reduction ended the period of the great Swedish nobility, though they recovered a great deal of power during the wars of Charles XII. Queen Ulrica Eleanor (1718-1720) once more tried to swamp the House of Peers by creating a batch of 300 new nobles, but without accomplishing her object. King Adolphus Frederik again broke the power of the nobility at the time of the alleged conspiracy that ended in the execution of Count Brade, and their political influence was finally overthrown by Gustavus III (1771-1792) in august 1792, though they retained many privileges until the commencement of the XIX century.

Formerly the diet was divided into four houses: the nobles, clergy, burghers and peasants; but the constitution of 22 of June of 1806 substituted two chambers, and though the Riddarhus still exists it has since that date ceased to be one of the houses of parliament.

The total number of peers created who have taken their seats in the Riddarhus is of 2892, with a total of 142 Counts and 406 Barons, as well as 2344 untitled noblemen.

The premier untitled nobleman of Sweden is the head of the family known as Lilliehook of Fardala.

In the case of the Barons, the title descends to all male descendants of the grantee, and their daughters. That of Count sometimes descends in like manner, but in other cases is borne by the head of the family only and the heirs male of his body in the order of primogeniture according to the remainder with which the title was conferred.

Daughters of the Nobility, though they carry the courtesy title of Countess or Baroness, as the case may be, prefixed to their Christian names in the same manner that daughters of British Dukes, Marquesses, and Earls have that of Lady, lose their title on marriage and cannot transmit it to their descendants.

The great military and commercial position occupied by Sweden during the seventeenth and eighteenth centuries naturally attracted many foreigners to her service, and over 200 British Families have been enrolled in the Swedish Peerage, which included 7 Counts, 9 Barons, and 28 untitled noblemen of anglo-scottish descent.