Everything You Need to Know About the Italian Nobility 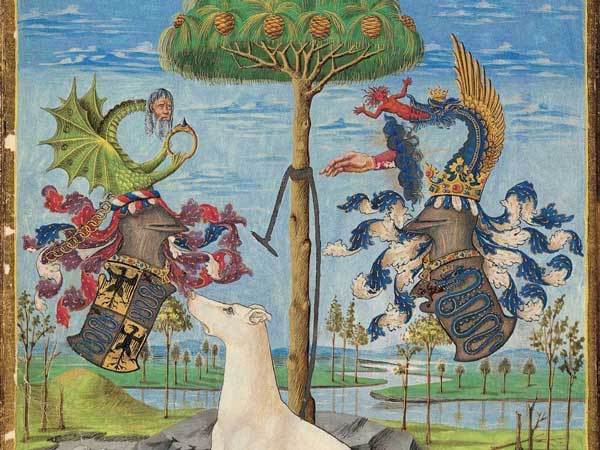 The Italian Nobility has always been an object of fascination, as it is one of the most peculiar and different social groups that ever existed in Europe.

The main characteristic of the Italian Nobility was his diversity and the difference in origin.

The origin of the Italian Nobility from Naples, Sicily and Piedmonts is strictly feudal in origin.

The nobilities from Tuscany, Venice and Genoa have a very clear mercantile origin. For example, Florence, the city that elevated the Medicis to the rank of Princes, was based on the vast trading and banking fortunes accumulated by the Florentine Patricians. This is the same case with the Nobility of Venice, where nearly all nobility originated from enriched traders and owners of the lucrative shipping routes with the eastern Mediterranean, near east, Greece and the Balkans. Genoa, was also a city whose nobility was formed by the descendants of maritime and shipping magnates. Contrary to this, the “Black Nobility”, nickname of the Papal Nobility, was comprised of families rewarded for their services to the different Popes, who were chiefs of estate and ruling monarchs to all effects till the unification of Italy, with control over vast estates of land.

The Ideology and thinking of the Italian Nobility:

If something distinguished the Italian Nobility from others in the world was their enormous intellectual refinement, cunning, strategic thinking, and an inborn sense of superiority that bordered insult and offence. The peculiar political nature of the Italian States propitiated the creation of an aristocracy very well versed in the art of survival, scheming, plotting, and brutal pragmatism intermixed with an obsession for ceremony and protocol. Outsiders always had the impression that the Italian Nobles were extremely haughty and arrogant, while at the same time pretending to be courteous, and loved making feel inferior the others while simulating that you were the superior one.

The term “Machiavellian” describes very well their capacities and abilities. Alexandre de Pontaimery, the French Author from the XVII century described the Italian Nobility in these terms: “The Milanese Nobility teach us to be shifty. The Bolognese how to lie. The Venetians turn us into hypocrites and dreamers. The Romans plunge us into an ocean of impiety and atheism, and the Neapolitans make satyrs of us”. The truth is that the Italian Nobility was the best educated in the world regarding courtly behaviour.

The Vast Wealth of the Italian Nobility:

The Italian Nobility led a life of insurmountable luxury. They lived in immense palaces and castles, and held large rural estates with villas and lands carrying their names. It is well known in the world the refinement, luxury and architectural grandeur and importance of the palaces, villas and houses of the Nobility of Italy.

The Southern Nobility of Naples and Sicily were probably the biggest landowners of the whole Italian Peninsula. Italian Nobles usually borrowed enormous amounts of money in order to purchase land, a tangible sign of importance and prestige among the nobility. 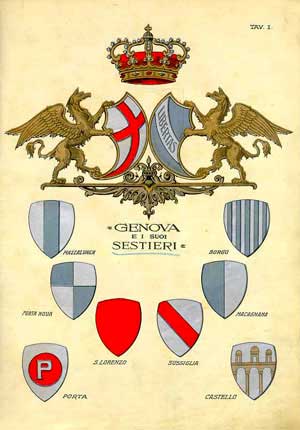 The High Nobility of Italy had vast incomes originated from their fiefdoms. In Genoa, Florence and Venice, incomes came mainly from money lending, banking and overseas trading and commerce in goods. In Rome, the Nobility drew large pensions from supporting the different popes and keeping armies and influence in the papal estates.

Marriage and Inheritance remained the capital means of amassing the riches of the nobility. Lucrative marriage alliances were always very important, and contributed to the sustainability of the Italian Nobility as a wealthy social class.

The Italian Nobility was very attached to their rural properties, where they exercised a good degree of influence and control. This was also a way to prosperity, as a great deal of Italian noblemen were involved in local politics, controlling the agricultural and judicial administration of many parishes and provinces.

Italian nobles made good politicians, as they were seen as people with integrity, a sense of duty, love of country, chivalrous ideals and elegance and refinement, as well as being holders of the oldest catholic traditions, which was very important in Italy. They were considered reliable, because they had a tradition of serving the country, and used to perform beneficial deeds for their countrymen. The role in politics of many Italian Noblemen led to the preservation of their wealthy status for many years. This situation ended after the First World War.

Marriage Patterns of the Italian Nobility:

The Italian Nobility always thought that individual merit can never outshine caste. Therefore, there was a lot of prejudice among the Italian nobility against intermarriage between different social groups. A Titled member of the Nobility of Italy would consider himself greatly humiliated if his son or daughter would marry a member of the commonality or a gentleman without a title or proper nobility.

In fact, the big majority of Italian Noblemen still conformed to tradition and did not marry outside their class. Most Italian noblemen found their consorts and wives among the titled nobility.

The Italian Nobility deeply believed in Endogamy. This was so deeply rooted in their behaviour that it was not well considered to marry even new ennobled families, as this would lack grandeur. The percentage of noblemen that married outside the nobility was minimum, nearly an anomaly in statistics. In fact, they would rather marry French, German or Spanish Nobles instead of marrying Italian non nobles.

This was the extent of their chauvinistic attitude towards marriage. The preservation of a noble lineage carrying ancient blood was the main factor. It was common that in absence of Italian Noblemen to marry, the nobility of Naples and Sicily could marry Spanish Noblemen, with whom had some strong relationship. The Piedmonts nobility used to marry members of the French Alpine Nobility, and noblemen from Venice and Lombardy did marry German or Austrian Noble Families. This was better than marrying commoners or even new ennobled Italians, as foreigners with an ancient nobility of blood were most welcome.

The Aristocratic Education of the Italian Nobility:

The education of the Italian Nobility was focused mainly in what it was called “Throne and Altar”.

The main subjects of education and study within the nobility of Italy were:

This was coupled of course with the more traditional teachings about manners, protocol, ceremonial, horse-riding, dancing and fencing.

The Schools reserved to the nobility did adhere to an exclusively aristocratic ethos and were not amenable to the penetration of the high bourgeoisie or rich industrialists. In fact, these schools were very military-like, strongly austere, and propitiated the isolation of the noblemen in order to avoid influences from other social groups that were socially considered as inferior or even capable of polluting and corrupting the purity of the Italian Nobility. The objectives of these schools were to make the nobles good Catholics and exemplary patriots.

The career choices of the Italian Nobility were somehow limited. For example, the Savoy or Piedmonts Nobility were extremely inclined to choose a military career. Political careers in the senate and diplomacy or courts of justice was not uncommon. The Roman Nobility had a penchant for Church Careers, and it was not uncommon for them till the XIX century that many of their members would get bishoprics and even appointments as Cardinals. Moreover, the Pope was usually appointed among members of the Roman Nobility. In the South, the Neapolitan and Sicilian nobles, owners of vast landed estates, used to take up agriculture and landowning as their profession, and nobles from Genoa, Tuscany or Venice were more prone to engage in bourgeois like occupations such as Banking.

When the Italian Nobility took up higher education and went to university, the preferred choices were by far the High Military Academy, The Faculties of Law, Engineering Faculties and not much more. For example, Italian noblemen studying chemistry, mathematics, medicine or other careers were statistical abnormalities.

The education of women of the Italian Nobility was very rigid, and was a very classic education always done in Convents and under the supervision of private tutors.

In the end, after the First World War, intermarriage became more and more accepted, and there was an important process of fusion between the richest industrial and banking elites and the old nobility of Italy.