The Italian Aristocracy of the Renaissance

The Italy that we know today is a unified country, a world-renowned nation that includes many famous cities and regions, such as Rome, Florence, Genoa, Milan and Tuscany, Sicily and Sardinia. While these places are an integral part of modern Italy, they each have their own distinctive style, history and personality – some even have their own particular types of food and drink.

However, the Italy of today is a relatively young nation, one that emerged from the great kingdoms of Italy of medieval times. The unified Kingdom of Italy was formed in 1861, and comprised a vast and varied collection of territories and states, each with a historic lineage and powerful dynasty. Before its unification, the lands that we know as modern Italy belonged to wealthy and powerful noble families and aristocratic groups.

Perhaps one of the most famous noble classes of medieval and Renaissance Italy is the Florentine and later Tuscan Nobility that emerged in the Northern peninsula. The Grand Duchy of Tuscany replaced the Republic of Florence towards the end of the Middle Ages and became renowned throughout the world as the birthplace of the Renaissance. Florence remained as the capital of the Tuscan grand duchy, and is largely held to be the epicentre of the cultural shifts that sparked the Renaissance period.

The family that reigned over the territories of Florence and Tuscany were the legendary Medicis. This noble family had risen to fame and fortune through their endeavours in commerce, banking and finance, as well as their infamous ambition and political drive. The Bank of Medici had grown over the centuries to become the largest financial institution in Europe, wielding incredible power and influence across the entire continent and beyond.

The Medici’s wealth enabled them to fund their various political campaigns and this led to their spectacular rise to powerful positions over the centuries. Not only were they the reigning dynasty in the Grand Duchy of Tuscany, which was one of the more prosperous and powerful of the Italian kingdoms, the House of Medici also laid claim to four Popes of the Roman Catholic Church, an astonishing achievement for a family that began its trajectory with rural woollen enterprises.

As well as funding their political advancements and rise to power, the wealthy Medici’s were renowned for their love of the arts and culture. Their generous financial backing and patronage of new movements in art, architecture and science are the reasons they were nicknamed The Godfathers of the Renaissance.

Numerous members of the Medici family were advocates and patrons of some of the most forward-thinking and prominent Renaissance artists, craftsmen, scientists and academics, such as Leonardo da Vinci, Michelangelo, Botticelli and Galileo.

The Renaissance Medici Dukes and Grand Dukes also bequeathed a lasting legacy to the Italian people and visitors from around the world in the form of the buildings and palaces they constructed during their rise to power and periods of rule. With such an extensive family and such immense wealth, it’s not surprising that a whole suite of ‘Medici Villas’ were constructed during the height of their reign. These rural palaces evolved to be some of the most exquisite examples of the emerging Renaissance architectural styles, as well as the later Baroque influences.

The Medici Villas perhaps epitomise the lavish lifestyle of Italian Renaissance aristocrats. These palatial residences, surrounded by exquisite grounds and gardens, were designed and decorated with the finest interior materials and furnishings, as well as treasures and items from all over the world. While the family possessed a vast collection of grand mansions and impressive palazzos, they often favoured the more ancient and modest residences. For example, the Villa Medici at Cafaggiolo in Tuscany was one of the smaller Medici Villas, yet it was chosen for many of the family’s special occasions and events, possibly due to its history as a Medici residence for hundreds of years. 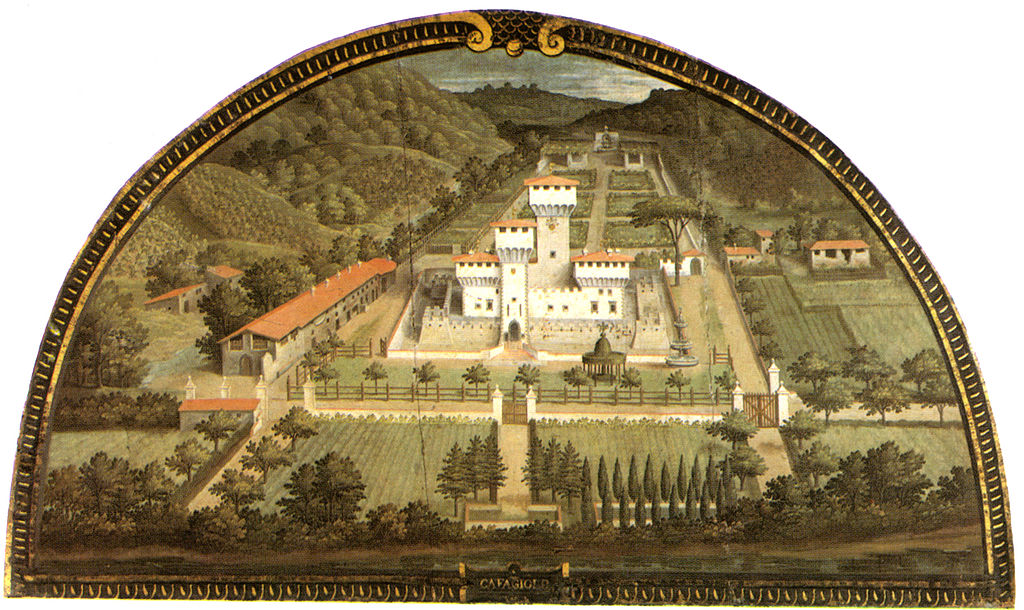 The Medicis, the veritable kings of Florence, of course, had a city centre palace in the capital of the Tuscan Grand Duchy. The Palazzo Medici in Florence was built and developed as a testament to the enormous wealth of the family, yet their infamous artistic sensitivities and refinement also resulted in a palace that would come to influence the architecture of palaces around the world.

Perhaps the most iconic architectural legacy of the Medici patronage during the Renaissance is the famous Basilica in Rome, which was reputed to have been funded by the Medici wealth, as well as influenced by their choice of architects and artists. For example, the contributions of Michelangelo, such as the iconic ceiling of the Sistine Chapel, were reportedly Medici commissions.

As one of the preeminent noble lines of the Italian Renaissance, the Medici family shaped the very fabric of Tuscan society, igniting a cultural movement that would spread across the globe, elevating the arts and sciences into an unprecedented level of sophistication and refinement.

Yet, the legacy of the Renaissance aristocrats of Italy was not always a positive contribution. At such heights of power and incredible wealth, it’s not surprising that these families also experienced their share of intrigue, drama, treachery and subterfuge. The complexities of a financial dynasty, coupled with the famous fiery Mediterranean temperament, resulted in numerous crimes of passion, as well as more mercenary motives, darker dealings, suspicious mishaps and overt corruption.

Whatever the legacy of the individual members of the Medici family, the Tuscan nobility or any of the great Italian aristocrats of the Renaissance, there is no doubt that this privileged, ambitious, passionate and progressive class were at the heart of one of humanity’s greatest periods of advancements. The cultural shifts, scientific discoveries, architecture, and works of art that emerged from the Italian nobility over the centuries formed the foundation of one the most significant and treasured epochs of all time.