Five of the Most Famous Castles in Italy

Like many European countries, Italy’s turbulent and dramatic history gave rise to a wealth of castles and fortified buildings.

Whether built to protect their coastline from invaders across the seas, or to fortify the northern territories against the threat from neighbouring nations, most cities and regions of Italy are home to some kind of fortezza, castello or palazzo.

Although some of Italy's castles didn't survive to the present day, there are still hundreds of fine and fascinating examples to choose from, and some seem to particularly capture the heart and imagination of Italy's people and visitors.

The following are some of Italy's most famous castles, revealing the country’s rich heritage of innovation, conservation and architectural splendour.

With a particular appeal for artists and writers, it's not surprising that Castello Scaligero is one of Italy's most famous castles. Standing strong as one of the world's best-conserved port fortresses, this beautiful 'floating castle' graces the southern shores of the ever-popular Lake Garda.

Construction of the castle began in the 13th-century but work continued for over a hundred years, and fortifications continued to be added and developed in the centuries since.

The castle, like many of its neighbouring castellos around the lake, is named after the della Scala family who were the rulers of Verona during the Middle Ages. Although the majority of the castle we can see today dates back to this period, remnants of a pre-Roman tomb have been found within the castle walls.

Today, Castello Scaligero, enjoys more peaceful times as the entrance to the historical centre of the scenic Sirmione commune, though it maintains its appeal to lovers of beauty, attracting artists, photographers and culture-seekers all year round. 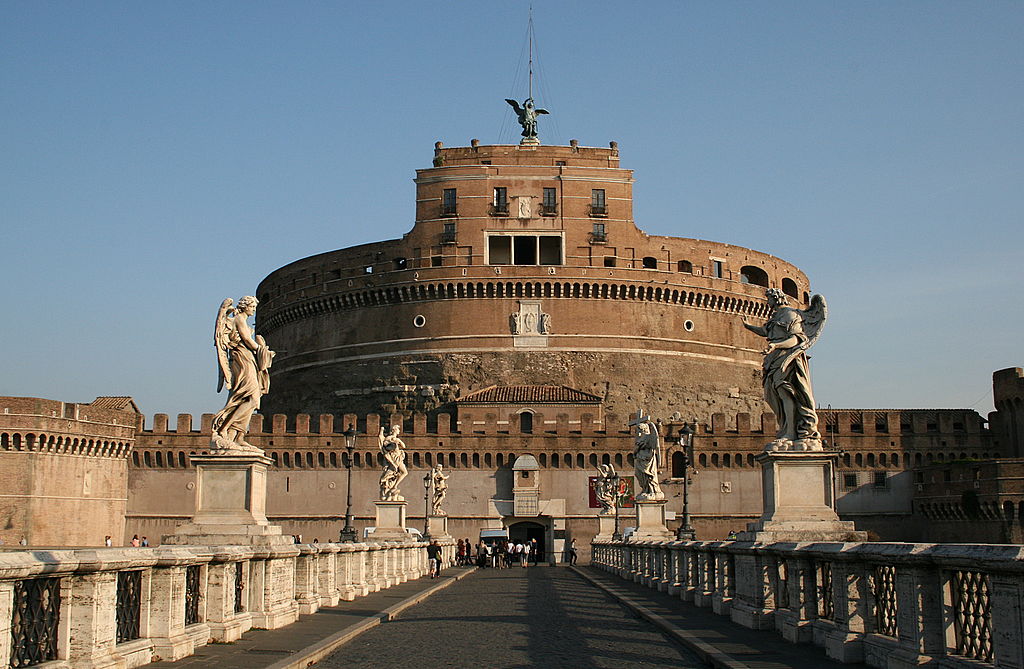 Towering over the River Tiber that runs through the city, this circular castle was originally built to be a mausoleum for the Roman Emperor Hadrian in the 2nd century, hence it's alternative name; The Mausoleum of Hadrian.

The castle adopted its new name as Castle of the Holy Angel after a number of legends told of the appearance of Archangel Michael and his mighty sword above the ancient building.

As well as changing names, the castle has also changed roles a number of times over the centuries, from Roman mausoleum to papal fortress (complete with secret tunnel), then as a prison, amphitheatre and Renaissance apartments.

Today the Castel Sant'Angelo reigns as a popular museum and tourist attraction – a must-see on any visit to the city. Although it's no longer the tallest of Rome's buildings (now dwarfed by the city's numerous skyscrapers), it still dominates the skyline in parts of the city. It's commanding presence and stunning symmetry make it a favourite photo spot for many of Rome's 10 million visitors each year.

Castel dell'Ovo – Castle of the Egg – was an island fortress in the Gulf of Naples on Italy's western coastline.

Although the castle still stands, the former island, Megaride, is now a peninsula, connected to the mainland and city of Naples with a bridge and harbour wall.

The most ancient of Naples seven castles, Castel dell'Ovo's curious name comes from an old story of the Roman poet Virgil, who was renowned for his sorcery and ability to predict the future. According to the legend, Virgil placed a magical egg in the foundations of the fortress, which ensured the safety of Naples for as long as it remained unbroken.

Despite being used as a royal residence as well as a fortress, Castel dell'Ovo is one of Italy's more functional-looking castles, Yet, it is beloved by locals and tourists alike for its fabulous views over the harbour, the Gulf of Naples and the island of Capri. The sea breezes and sunset views enjoyed in and around the castle are claimed to be among Italy's finest. 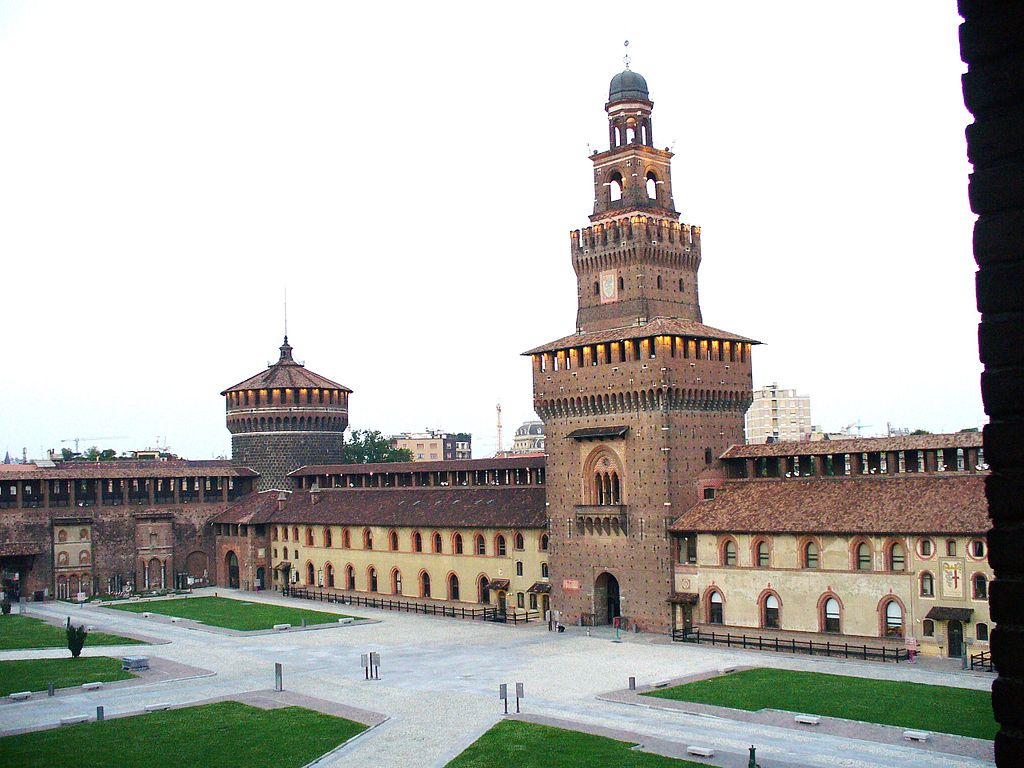 The original construction of what is now Sforza Castle was commissioned in the 14th century by Galeazzo II, ruler of Milan and member of the famous Visconti dynasty. The castle was home to generations of local Visconti lords until it was taken over by Francesco Sforza in the 15th century.

The following renovations were typical of the Italian love of refinement and architectural splendour, with its decorative towers and artistic embellishments. One famous contributor was Leonardo da Vinci, who worked on frescoes for several of the castle's rooms, as well as the ceiling of the Sala delle Asse – the room of the tower.

The medieval fortification evolved over the centuries to become one of the finest and largest citadels in Europe, and today stands as a magnificent example of Milan's history and heritage.

The exquisite Castle of Valentino stands proudly on the western bank of the Po River in Italy's first capital city, the Metropolitan City of Turin. Its name derives from a medieval St Valentine, whose relics were venerated in a nearby church.

Listed as a UNESCO World Heritage Site, the beautiful classical structure of today is largely the work of a number of Dukes from the Royal House of Savoy, who renovated the ancient castle that formed the original site. Christine Marie of France, sister of the French King Louis XIII, was the wife of one of the resident Savoy Dukes and her role in the castle's renovations explains the French style of many of its features, particularly its four 'chateau-esque' square towers.

As such an intriguing blend of Italian architecture and French influences, Castello del Valentino is today a fitting home for the Architecture Faculty of Turin's University.

These famous Italian castles have evolved over the centuries to stand, not only as magnificent and historical buildings, but also as living remnants of Italy’s unique role in the history of Europe.

And with the Italianate reputation for a certain flair, style and love of beauty, it's not surprising that their castles are some of the most impressive and beautiful architectural structures to be found anywhere in the world.

While these beautiful castles might be unavailable, if they have piqued your interest in acquiring your own prestigious Noble Title get in touch using the enquiry form in the sidebar or you can contact our Geneva office directly between 10.00-19.00, Monday to Friday on +41 225 181 360.