Who Was The Most Famous French King?

There have been many famous French kings and emperors. From the legendary Sun King who bequeathed the world the magnificent Versailles Palace complex, to the iconic Emperor Napoleon Bonaparte, who initiated a new era of imperial rule in the 19th century, the French dominion has known a vast array of royal rulers.

Of all the many monarchs and sovereigns that have presided over the great and ancient Kingdom of France, it can be intriguing to wonder which were the most renowned, and why?

Who Was The Most Famous French King?

Though there are several infamous French kings who have left enduring legacies on the history of France, perhaps the most memorable of them all is King Louis XVI, who famously lost his head during the French Revolution, representing the beginning of the end for the French monarchy. 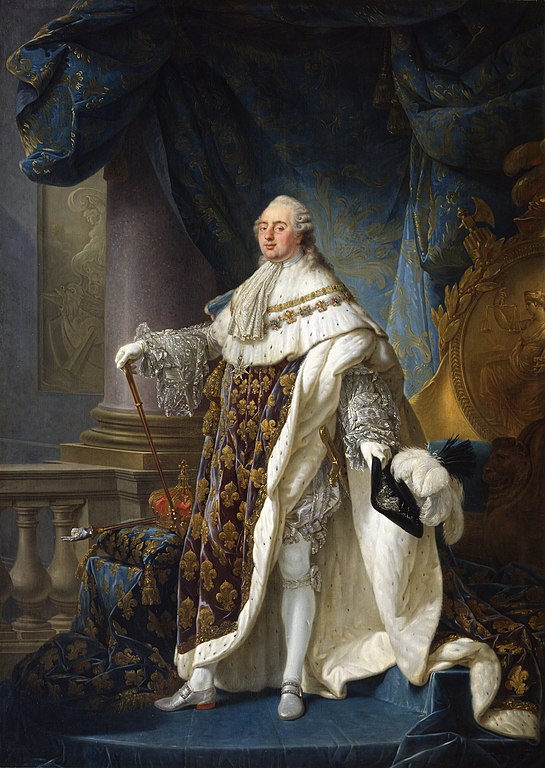 Fate decreed that it would be Louis XVI who resided on the French throne during the years leading up to the famous peasant revolt that began in 1789 and culminated in the legendary Storming of The Bastille Prison.

Whether the French Revolution would have been averted under the reign of a different king will forever be a matter for debate. Even though Louis XVI experienced his share of dissent and controversy during his reign prior to the republican revolt, it’s difficult to argue whether he was a worse king than many of his predecessors who had enjoyed more stable roles as head of the monarchy despite their unpopularity.

The only matters that the history books recorded with any certainty were the facts of his conviction and subsequent execution by guillotine, after being found guilty of high treason by the forces that rose to power in the days and months following the Revolution.

The Last King Of France?

When Louis XVI was executed at the hands of the revolutionaries and the monarchy abolished, it seemed as though France had seen its last king and an end to the monarchy that had endured for over a thousand years.

So in some ways, Louis XVI’s fame throughout history is that of the Last King of France. During the dark days following the revolution – known as The Terror, in respect of the frightening instability and scores of victims led to the guillotine – the outcome initially was a move toward a more republican state for the governance of France.

The idea of an absolute monarchy was regarded as a relic of the past, with no place in the future of France with its modern ideals of liberty, equality and fraternity. Yet for his fame as the last French king, Louis was not to be the end of the story of royal rule in France.

Following the tumultuous battles for power and control after the fall of the monarchy during the Revolution, various royalist factions would go on to regain the French throne, though these versions of royal rule were much diminished from the days of the absolute monarchy enjoyed by such esteemed French kings as Louis XIV, the famous Sun King.

France would also come to know a new era of imperial rule courtesy of the famous military success story, Napoleon Bonaparte, who presided over the empire of France in a role akin to a royal sovereign, despite a lack of noble birth and royal lineage.

Ultimately, however, France would return to the republican ideal that was the driving force behind the famous French Revolution – a political and social shift that would have ripple effects throughout the world for centuries to follow.

The Only French King To Be Executed

While the ill-fated Louis XIV may not have been the last word in French kings, his story is perhaps the most remarkable as he was the only French king to be executed. The fact that he was sentenced to death by his own countrymen and women, in a nation known for its fierce patriotism, makes the fate of Louis XIV even more controversial.

The imprisonment, trial and subsequent execution by guillotine of the former French king and queen sent shockwaves throughout the world, indicating the dangerous extent of the social instability and anarchy in 18th-century France.

While many of us know the story of the famous French Revolution and its guillotine, it’s perhaps easy to dismiss how shocking and terrifying it must have been for the French people to have witnessed the fates of their monarchs.

It’s almost impossible to imagine a similar fate occurring in modern times. Though the 18th century was arguably more unstable politically than our contemporary societies, perhaps it was just as unthinkable and unimaginable for the French people of the time as it would be for modern subjects to have their sovereign killed and the monarchy abolished in such a violent and chaotic manner.

Whatever the reaction of the French people at the time of King Louis XIV’s famous demise at the hands of Madame Guillotine, he will forever hold the singular title of the only French king to meet such a fate.

Husband Of The Most Famous French Queen

Before becoming a famous royal victim of the French Revolution, Louis XVI already enjoyed a degree of worldwide renown, not least as a king of France, but also as the husband of one of the most famous queens history has ever known; Marie Antoinette.

Though his famous Austrian bride may not have been the most popular royal figure in political circles, there’s little doubt that she was the epitome of power and influence in France’s social circles, enjoying the kind of fame and iconic status that modern famous royals would be familiar with.

Though Louis XVI was believed to possess a quieter and less-assuming character than his notorious wife, he undoubtedly experienced a considerable degree of infamy in his role in the legendary power couple of the 18th-century French royal court.

The French kings of the ages have made their names through a variety of endeavors. Some are renowned for their decadence and opulence, others for their military or political achievements, and yet others for their architectural or social legacies.

While King Louis XVI may not have chosen the story that his life would come to represent, he secured his place in the history of France and beyond as one of the most famous of all French kings.

If learning about the most famous French king has piqued your interest about acquiring a prestigious Noble Title of your own get in touch using the enquiry form in the sidebar or you can contact our Geneva office directly between 10.00-19.00, Monday to Friday on +41 225 181 360.