Who Was The Sun King?

Of all the French kings and queens that have left their mark on the history books, few are as iconic as the legendary Sun King.

Who Was The Sun King?

The Sun King, Le Roi Soleil in French, was the nickname given to one of France’s greatest kings, King Louis XIV. He is renowned for the longevity of his reign, as well as for epitomizing the classical role of an absolute monarch. 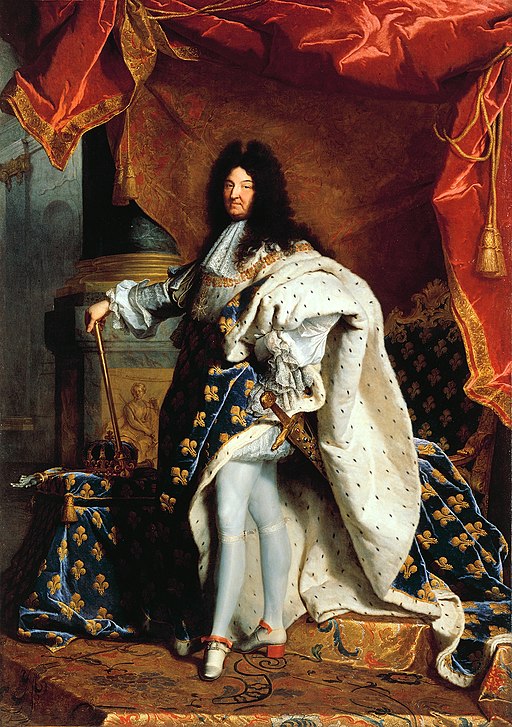 The Sun King’s epic reign began when he succeeded to the French throne after the death of his father, King Louis XIII, in 1643. The young sovereign was just four years old. Until he came of age, Louis XIV was king in name rather than an acting monarch.

The Sun King’s reign effectively began in 1661, when he established his role as absolute monarch of the Kingdom of France.

Why Was Louis XIV called The Sun King?

There are a number of theories as to why King Louis XIV adopted the moniker of The Sun King.

The common belief is that it reflects his perception of himself as supreme ruler – appointed by divine providence – around which all in his kingdom revolved.

This idea was perhaps influenced by the recent scientific revelations that placed the sun at the center of the known universe, with all the planets revolving in its orbit, as opposed to the centuries-old belief that the sun revolved around the earth.

Another theory behind the name The Sun King relates to Louis XIV’s affinity with the Greek God Apollo, held as the god of sunlight, as well as the god of music, knowledge and the arts.

Louis XIV’s regard of himself as divinely appointed and superior to the rest of his subjects is widely known. So it would not be surprising to learn that he may have modeled himself on such a lofty archetype as a classical god.

What Is The Sun King Famous For?

King Louis is perhaps most famous for the length of his reign. As he officially acceded to the throne at the age of 4 years old, and reigned until his death at the age of 76, The Sun King’s majestic reign lasted an astonishing 72 years.

This regal achievement is widely regarded as the longest reign of a sovereign monarch in recorded history. This may be one of King Louis XIV’s greatest claims to fame, a record that has endured for centuries, though he has since been up against some contemporary contenders.

The King of Thailand, Bhumibol Adulyadej, was recorded as the second-longest reigning monarch, claiming an impressive 70 years and 125 days on the Thai throne – just a couple of years less than the famous Sun King.

More recently, Queen Elizabeth II of Great Britain and the Commonwealth celebrated her Platinum Jubilee in 2022, marking 70 years on the British throne – and counting, as she is still the reigning sovereign and showing few signs of slowing down or passing the reins to the next in line.

Without a doubt, the most enduring and beautiful legacy of The Sun King’s reign is the architectural marvel he commissioned for himself and his royal court – the magnificent Palace of Versailles.

Though it’s referred to as a palace, in reality, it’s more of a complex, a vast collection of wings and annexes that span acres of French countryside a few miles outside of the French capital, Paris.

King Louis XIV transformed the former hunting lodge and small chateau of Versailles, so beloved of his father, into one of the architectural wonders of the modern world. Various kings and queens, emperors and empresses of the time would be influenced by the splendor and magnificence of the Versailles palace and its gardens, its fame and reputation reaching all around the world.

The Palace of Versailles was more than just a beautiful residence, however. The Sun King was thinking bigger than an attractive country escape when he established his Versailles masterpiece, and he had ulterior motives beyond providing an enchanting rural retreat.

The genius of The Sun King’s master plan was to move the entire royal court to his palace at Versailles, thus bringing any errant nobles under his closer watch and control.

When the center of government had been France’s capital city, Paris, Louis had less control over the powerful nobles who could meet in secret or plot behind his back. Yet in Versailles, he could keep a much closer watch on any dubious subjects. He also commanded their presence at the rural royal court, which restricted the nobles further as they were unable to come and go as they pleased.

It’s believed that King Louis XIV enjoyed a happy and successful first marriage, to Maria Theresa, who was a Spanish Infanta and Austrian Archduchess, a marriage that was arranged to ally the young queen’s ancestral nation of Spain with France in a bid to create peace and political stability.

The couple had six children, though only one would survive beyond childhood. King Louis XIV’s regal line would be continued through multiple other children born illegitimately, though some were granted legitimacy later in his reign.

After a series of relationships with numerous mistresses throughout his reign, The Sun King would go on to produce multiple unofficial heirs, ranging from the Princess of Conti, the Count of Vermandois, The Duke of Maine, the Count of Vexin, Princess of Conde, Baroness of La Queue, Duchess of Orleans and the Count of Toulouse – many of whom attained advantageous marriages within the cadet branches of the royal line.

King Louis XIV, the infamous King of France and the legendary Sun King is one of history’s most colorful monarchs. Beyond the stories of his own lifetime, he also left a rich legacy of royal heritage and a record-breaking reign. However, The Sun King’s most iconic legacy is undoubtedly the world-famous Palace of Versailles, which stands as majestically today as it did during the height of Louis XIV’s impressive royal incumbency in the 18th century.

If learning about this fascinating king has piqued your interest about acquiring a prestigious Noble Title of your own get in touch using the enquiry form in the sidebar or you can contact our Geneva office directly between 10.00-19.00, Monday to Friday on +41 225 181 360.