What are the Titles of Nobility for Females?

In the fascinating system of aristocracy and nobility that emerged during the Middle Ages, a particular hierarchy developed that meant noble titles had a rank and unique set of privileges.

These nobility titles were often based on the status and achievements of the head of the family, which in those times would always be the male. So, the aristocratic status of a family and its members would usually depend on the title belonging to the husband or father of the family.

Over time, though, women began to receive or inherit nobility titles in their own right. These were still subject to the strict social order that existed around the aristocratic systems of the world. But these noble ranks that were uniquely female tell a slightly different story to their male counterparts.

Here are some of the nobility titles for women that evolved in medieval Europe, and their position in the hierarchy of aristocratic status and privilege.

The difference between a noblewoman and a royal was her relationship to the reigning monarch. Close blood relations were considered to be royalty, for example, a Queen (wife of the king), a Princess (daughter of the monarch), or a Dowager Queen (the mother of the monarch).

Beyond the immediate royal family, more distant relations and favoured subjects would be granted or inherit noble titles. The nobility were considered to be the next level below royalty, but there was still a particular hierarchy within the noble ranks themselves.

A Duchess is the highest female title within the nobility system. The title of Duchess is traditionally given to the wife of a Duke, though a Duchess may inherit or be gifted the title and rank by a monarch, or in previous centuries it may have been granted by the Pope.

In aristocratic circles, a Duchess is only outranked by members of the royal family. This means that in terms of protocol, privilege and the nuances of the noble hierarchies, the rank of Duchess is the highest position a non-royal woman can hold.

On occasion, royal family members are also given the title of Duchess, especially when they are connected to the monarch through marriage. For example, Kate Middleton is The Duchess of Cambridge – she is not a princess, even though she is married to Prince William. (However, this is a relatively recent convention, as previous generations of women marrying into the British royal family were given the title of Princess, albeit after their name, e.g. Diana, Princess of Wales.) 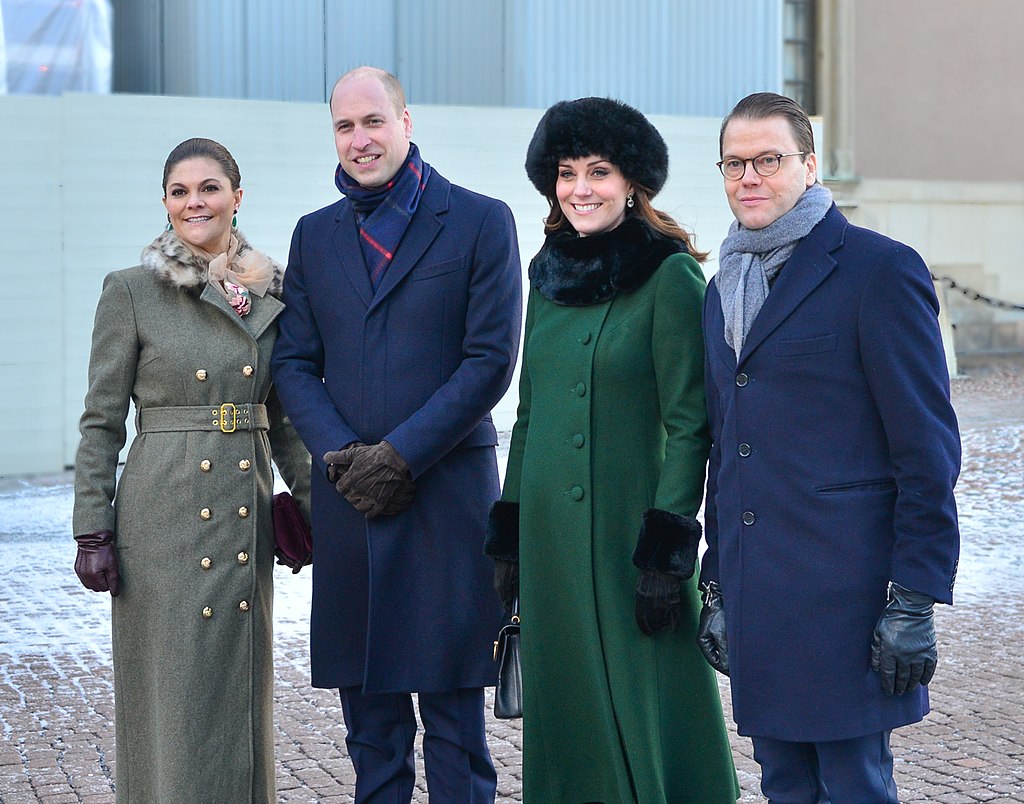 A Marchioness is second in rank to a Duchess, but higher ranking than the other nobility titles for females. Similarly to a Duchess, A Marchioness may receive her title through marriage, i.e. by marrying a Marquess. However, she might also be granted the position and title by a monarch.

It is unlikely that a woman would inherit the title of Marchioness, as the practice of passing on aristocratic titles is generally subject to the law of primogeniture, which favours the male line of inheritance. So, even though a girl’s mother may be a Marchioness, if she has a brother, he would usually inherit the title – called a marquisate – and his wife would be the new Marchioness.

In the European nobility system, a Countess is the female equivalent or the wife of a Count. In the British peerage system, the position of Count is represented by an Earl, and so an Earl’s wife would also be a Countess.

A Countess ranks in third place of the nobility titles for women. Historically, a Count was the owner or manager of a county, and so a Countess would be his wife and partner in this role, sometimes referred to as a chatelain, if she is required to manage a large castle or country estate.

The name for a countess differs slightly across Europe – in France, she would be a Comtesse, in Italy a Contessa, in Spain a Condesa, and in Germany, the equivalent noble rank would be a Gräfin (wife of a Graf). 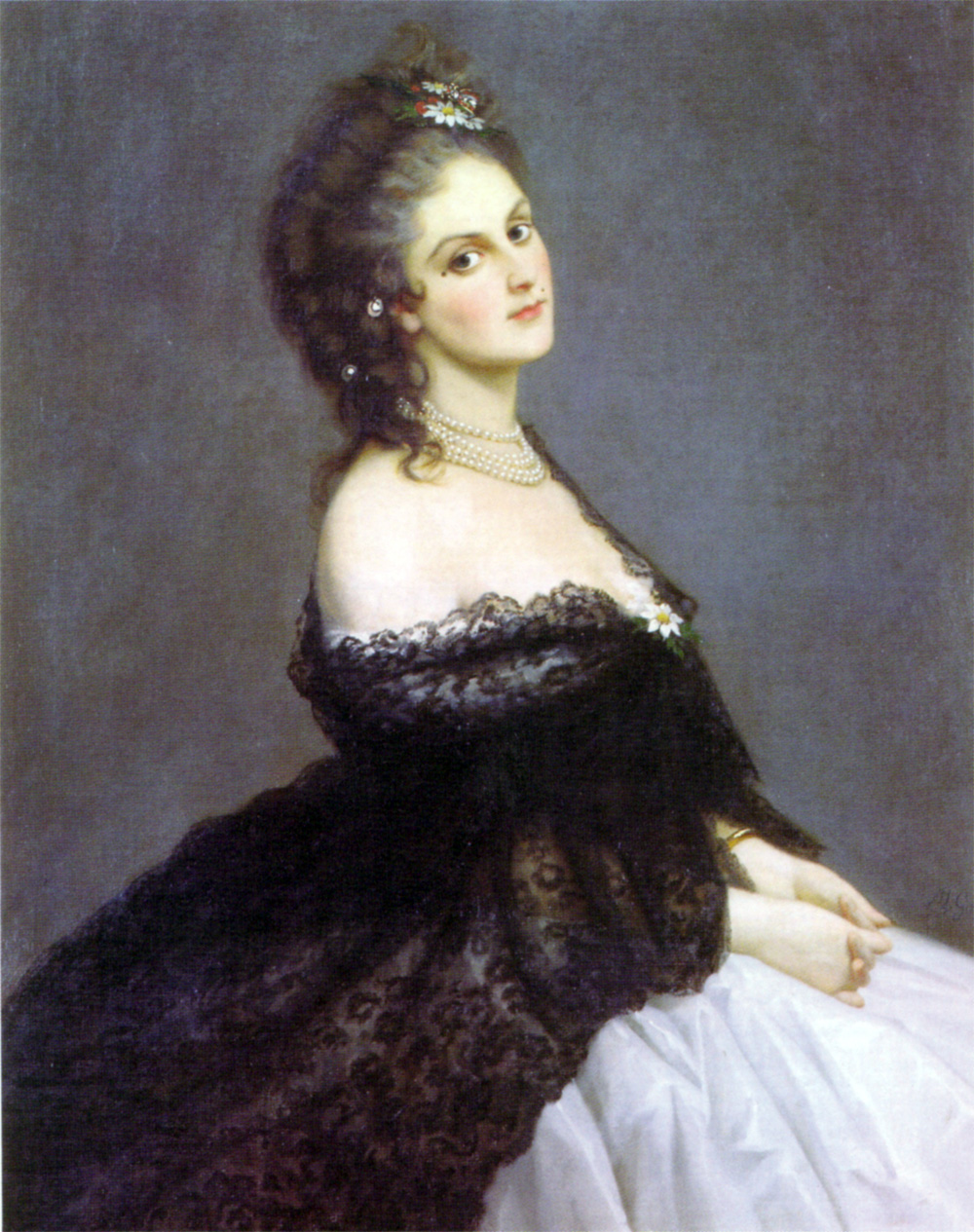 A Viscountess is a middle-ranking noble title with a status below a Duchess, Marchioness and Countess, but above that of a Baroness and Baronet. The title is related to the position of Viscount, which was traditionally the role of a deputy to a Count i.e. vice-count.

Viscountess is one of the rarer nobility titles for women, with few of these prestigious titles enduring to present day. A modern example of a Viscountess is Emma Weymouth, the model and philanthropist, who became a Viscountess upon her marriage to Viscount Weymouth, the second heir to the Longleat Estate in England. (She has since become the Marchioness of Bath, after her husband inherited the title of 8th Marquess of Bath in 2020.)

A Baroness is the wife or female equivalent of a Baron. The title of Baron is one of the most ancient and popular of noble titles, and so there are quite a few noble Baroness titles and positions around today. Although a Baroness is outranked by many of the other female noble positions, it is still a distinguished noble title that carries much prestige and esteem in modern social circles.

A Baronetess is the wife or female equivalent of a Baronet, another ancient noble rank from medieval times, which ranks very closely alongside that of Baron, though it would be a position below in an official hierarchy of aristocracy. The title of Baronet was also one of the first aristocratic titles to be offered for sale – a practice pioneered by King James in the 17th century when he discovered the lucrative business of creating and selling Baronetcies.

As the nobility systems of Europe developed over the centuries, the ranks and titles of the male aristocrats often made the history books, with very few examples of noblewomen being recorded. This was more a reflection of the nature of history and patriarchal prominence, as the wives, mothers and daughters of the famous medieval nobles undoubtedly played powerful and influential roles in the lives of the families and communities.

Though it’s a shame historians didn’t record more of the stories of these fascinating noblewomen, it’s encouraging that many of their noble titles have lived on to present times, allowing the modern Duchesses, Marchionesses and Countesses etc to represent these eminent and illustrious aristocratic titles for females.

If these titles of medieval noble women have made you wonder about acquiring your own prestigious Noble Title get in touch using the enquiry form in the sidebar or you can contact our Geneva office directly between 10.00-19.00, Monday to Friday on +41 225 181 360.