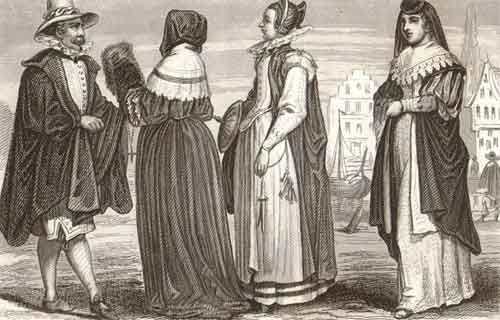 The Belgian nobility consists of Princes, Dukes, Marquesses, Counts, Viscounts, Barons, Knights and untitled noblemen. It owes its legal existence to Article LXXV of the Constitution of 7th February of 1831.

The aristocracy of Belgium is very old and ancient, and the most prestigious and oldest members come from families already ennobled in the Holy Roman Empire. This nobility is clearly influenced by the legal and historical system of the Habsburg dynasty. Perhaps the most ancient noble family of Belgium are the Limburg Stirum.

The current number of nobles in Belgium nowadays is of about 21000 noblemen, and 1400 noble families, approximately a 0.25% of population of the country.

One of the most prominent members of the Belgian Aristocracy was the famous Baron Empain, Edward, who owned one of the strangest pieces of real estate ever built on earth. We are speaking of course of the wonderful “Baron Empain Palace” in Cairo, Egypt. Not many European aristocrats could boast of owning a Belgian title of nobility as well as an Indian Temple Style” mega mansion in the outskirts of the Egyptian Capital, in a place Called Heliopolis. The Baron’s palace has been repeatedly assaulted by hordes of Muslim looters, and used to have dozens of erotic statues of gods and goddesses of the Indian Mythology in the garden.

The Belgian Aristocracy is quite diverse. We can quote exactly the number of noble titles still existing in Belgium. There are 11 Dukes, 17 Princes, 26 Marquesses, 100 Counts, 48 Viscounts, 383 Barons, 166 Knights, and 883 untitled noblemen or esquires.

Belgium can boast of having one of the most unpolluted and politically clean honours system of the world. It is quite laudable that the Belgian Monarchy still rewards with nobility titles to the most distinguished and prominent subjects. Cash for honours scandals are unknown in this small and beautiful European country.

Some quick facts about the Nobility of Belgium

Many members of the nobility of Belgium descend directly from the Carolingian Emperor Charlemagne, and many others come from foreign noble families naturalised in the country.

The Belgian holders of Princely Titles usually have the right to style themselves as Serene Highnesses.

Ancient Families from other nobilities of Europe have been traditionally welcome, such as the Lobkowitz family, one of the oldest dynasties from central Europe. In fact, naturalised foreign noblemen have been traditionally welcome into the local elite. Some have requested entry in a legal way into the noble caste of Belgium, and others have not done so.

Many Russian Noble families reside in this beautiful country, and even some Royal Princes from the former Imperial House of Korea still live there, and though their nobility titles have not been recognised officially, they have managed to mingle and mix very well with the most prominent members of the local aristocracy.

The Transmission of Nobility in Belgium gives nearly in all cases a stringent preference to the succession by male primogeniture.

The majority of the Belgian Nobility speaks French, as this is in the area the most widely spoken language of the aristocracy. However, other noblemen from Dutch backgrounds speak Dutch with frequency.

The famed Belgian Prince de Chimay is one of the owners of the famous beer of the same name, reputedly among the best of Europe.

At least 18 ancient castles are still owned by members of the nobility.

The Belgian nobility is the only nobility of the world that has promulgated ethical guidelines of behaviour, a sort of moral code for nobles, published and effective since the year 1989, and there is to say that this social class is extremely regulated from a legal point of view.

The Belgian government used to publish annually since the 26th of January of 1822 an official and numbered list with the complete membership or census of the nobility.