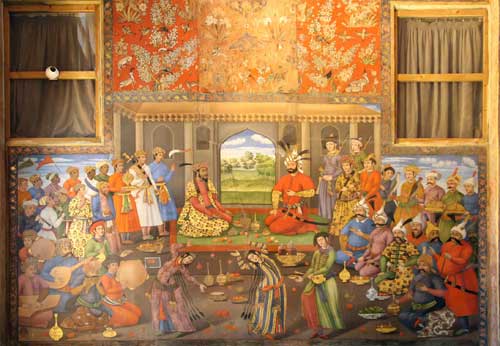 The article nº 18 of the Constitution of The Indian Republic forbids the authorities and government of the state to confer titles unless military or academic and the Indian citizen to accept any title of nobility from a foreign State.

The 26th amendment of 31 July 1971 appears to have ended only the privileges of the rulers and therefore eliminated the privy purses and abolished all rights and obligations in respect of these monetary allowances. Titles are not mentioned.

There does not seem to be any prohibition on bearing hereditary titles granted before this Amendment.

TITLES OF THE HEREDITARY RULING CHIEFS (Heirs are called: Yuvaraj, Yuvraj, Yubraj, Jubraj, Tikka, depending on custom and geography. The wife of the Heir is called: Yuvarani. The Descendants and children of the Heirs: Yuvarajkumar, Yuvarajkumari, male descendant in the male line: Kumar, Kunwar, female descendant in the male line: Kumari, Kunverba, in some instances, the son title of Maharajah is hereditary for 3 generations.

PERSONAL AND HEREDITARY TITLES OF NOBILITY

The Holders were not ruling chiefs and had no territorial kingdoms or principalities.

Sardar or Sirdar: military rank of commander, very common in cavalry units, but not limited to them. Commander’s wife was called Sardarni.

Titles are used in descending order, generally used after the personal title (Mir, Amir, Nasir, Nizam, etc.) except the title of Nawab that is used before the given name. Titles may be used cumulatively by the same person. Many of these titles are of Iranian or Persian Origin.

The Importance of the Mughal Nobility in India: The Mansabdar System

The Emperor Aurangzeb promoted the Indian Nobility and was perhaps the most important sovereign of the Mughal Empire in India. The Mansabdars were the ruling class in the Mughal Empire. They were a sort of military nobility with important positions in the army, with different paygrades according to their importance. If we want to understand the nobility of India, we must study the statistical composition of the Indian Nobility. Only the Mansabdars with a rank above 1000 could call themselves Amirs and therefore be entitled to be considered noblemen.

A Mansabdar was a person in the military or civil service of the Indian Emperor. Every Mansabdar had a place in the hierarchy according to two important numbers:

Zat: This was a number that determined the status and rank of the officer and his exact paygrade.

Sawar: This was the number of soldiers he had to keep, feed and maintain from a predetermined amount of money he had to pay.

Racial and Religious Diversity in the Indian Nobility:

There were many well defined racial, ethnical and geographically different members of the Nobility of India.

The Two Classes of the Indian Nobility in the Moghul Era: Mansabdars versus Zamindars

The Mansabdars were the administrative and military nobility of India, a group of people who were a sort of nobility of the office, and depended on the revenues given to them by the monarchs. They were on the pay of the Emperor and completely depended on him, and generally were not connected to the land by tradition or inheritance.

The Zamindars were the Feudal Nobility of India, possessors and proprietors of vast holdings of Land. This is the social class from which the future Kings of India would arise. They were the owners of vast estates that inherited generation from generation. Many of these Zamindars transformed later in royal princes or kings after the fall of the Mughal Empire. Sometimes the Zamindars had been sovereign princes in many occasions before the rule of the Moghul Empire. This was the truly Indian Nobility, the Feudal noble class of ancient India.

The Nobility of India and Commerce, Trade and Economics:

The Indian Nobility did not rise from a middle class or commercial bourgeoisie which elevated itself later, as it is the case of England. The Nobility of India mainly invested in maritime trade with Persia, and advanced money for mercantile shipping enterprises.

Also, the monopoly of commodities such as salt, was another source of income for the nobles.

A very important economic hindrance was the fact that the Indian Nobles consumed a high degree of Luxury Goods, which very often put them near bankruptcy, as harems, tigers, elephants and eunuchs were very costly to maintain.

The Famous Harems and Households of the Indian Nobility:

The Indian Nobles kept extremely large establishments of wives, servants, slaves, camels and horses. Also, they spent heavily on pet animals such as hawks, falcons and tigers, as well as horses of pure blood and race.

Worthy Noblemen had at least three or four wives, or more, according to the means of his family and position. The women should come from rich families or politically influential clans. Also, the nobles maintained some harems with concubines, selected by their looks or abilities and skills.

Each wife had an apartment of his own and they all had a retinue of slaves, dwarfs and eunuchs, all of them watching the women.

The gardens and palaces of the Indian Nobility had usually well designed gardens, high walls, and magnificent ponds.

The wives were afforded some luxury, as they lived in seclusion. So, if their religion permitted it, they could drink wine, and enjoy comedy, theatre and dance.