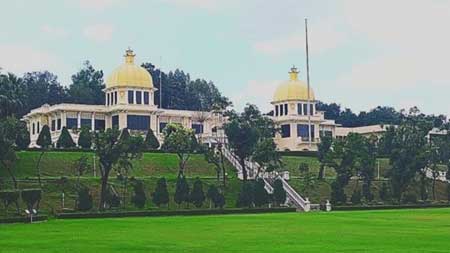 The Malaysian nobility has been made of hereditary local chiefs and of higher titulars (personal nobility) of Orders comparable to British chivalric Orders, in the Kingdom of Malaysia and in each federated State; the main title is Dato, Datuk, among a very large variety of titles.

It is hard to speak of nobility in Malaysia when most of the titles granted by the Malaysian monarchs are more personal titles attached either to an office in the Palace or in an administration or to the first two or three classes of an Order of Chivalry (in this case, we may consider this is somehow personal nobility).

The royal families have their own system of hereditary titles of nobility, the higher rank being the ruler and his consort, then the heir or crown prince, then the children of the ruler and finally the other members of the family. Senior princes also receive specific titles, very often representative of executive powers in the past but today ceremonial or sometimes attached to a federated territory, that may be compared to the duchies of the British Royal family in the United Kingdom.

Heredity has been preserved in the federated states of Negeri Sembilan and in the chieftainships of Pahang. It is more than likely that some hereditary traditional and hereditary titles of nobility are still existing there and also in another parts and regions of the various Malaysian Sultanates and Kingdoms.

The most represented and certainly significant noble title of the Malaysian Nobility is Dato or the equivalent rank Datuk:

Very often, several degrees have been created in the title of Dato or Datuk: Dato Seri or Sri (comparable to the Sri that we find in some of the Princely States and Kingdoms of India), Dato Paduka, Dato Paduka Utama, Dato Setia, etc…

To try to standardize the system is almost impossible since the titles are depending on each State’s tradition.

To try to compare with the western or British system is also difficult except that, like in the United Kingdom, the title may be attached to an office (the Grand Chamberlain of the King of Malaysia is titled Datuk Paduka Maharaja Lela like the Mayor of London is Lord Mayor) and in the case of the Orders of Chivalry, the title of Dato or Datuk may be compared to the one of Sir since it is attached only to the higher classes while the consort of the Dato is entitled to be named Datin or Toh Puan like the British Ladies.

The Malaysian Nobility is therefore quite difficult to analyse and establish equivalencies with the western systems of nobility, as it mixes personal and hereditary nobility with Knightly Ranks and it may be most confusing.

But the possibility for the female spouses to decline the titles of their husband is offered to all titled ladies in the Kingdoms of Malaysia.

List and rank of Royal and Noble Titles in Malaysia according to the prefix in use: