The Nobility System of the Republic of San Marino 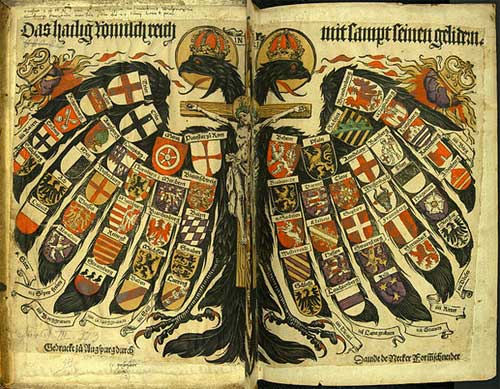 The Republic of San Marino is the oldest Republic in the world. Has an area of about 60 km, and its territory is divided, from an administrative point of view, in 9 districts called castles.

The Heads of State and army, are the Captains Regent: a term of six months, and are elected April 1 and October 1 of each year. Heach Head of State has power of veto over decisions by him colleague. The Republic of San Marino as a Sovereign Independent State and has full powers

Legislative power belongs to the Great and General Council, the unicameral parliament of 60 members elected by direct universal suffrage every five years by proportional representation.

The Executive, it is rather the Congress of State, the body formed by 10 state secretaries from among the members elected by the Great and General Council.

The judicial system of the Republic of San Marino is of civil law and influenced by Italian law.

Civil law, on the contrary, three:

The Republic of San Marino and his noble scheme

The Republic of San Marino, is a truly unique event in the panorama of European states and beyond (monarchies, principalities, Grand, etc..) That have had or still have a law that in some way, protecting the status or membership nobility.

The uniqueness lies in the fact that San Marino has joined in its millennial history, a “scaffolding” legal-administrative fact typical of the Republicans (the Great and General Council, the holder of the legislative function), the Council of XII (with civil criminal, administrative, etc.) to another, however, that distinguishes the monarchy and that concerns the ability of noble duty, and orders of knighthood (Order of San Marino, Santa Agata, etc.).

Sammarinese the nobility, however, originates outside the law, and it is difficult if not impossible, to identify a precise chronological origin.

The Prince and the Sovereign Council of the Republic, than the legislative body has given the patriciate S. Marino, già a partire dal 1621, e fino al 1928. Marino, as early as 1621, and until 1928. Next to patriciate, San Marino, since 1861, has also granted to it, considered to be particularly deserving genuine noble titles (Duke, Baron, Marquis, etc.).