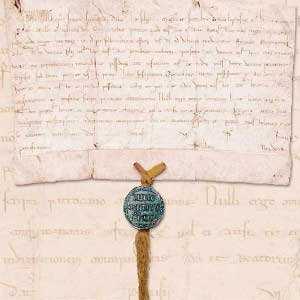 In France, Nobility was sold, and a shining example of this is the sale of the Barony of Aubonne in 1670 to Jean Baptiste Tavernier, or the famous purchase of the Lordship of Montpellier, bought in 1349 by Philippe III of Valois to James II of Mallorca, which proves beyond doubt that even royals bought titles among themselves.

French Titles are among the most distinguished and prestigious titles of nobility of the world, and it is a rare privilege and distinction to own one.

It is possible to obtain nowadays French Titles of Nobility with the rank of Lord, Baron, Viscount, Count and Marquis, if they are transmitted by a strict adherence to civil law procedure and they have a clear feudal origin. We excel in the proper research of these feudal titles.

ENQUIRE ABOUT OWNING A FRENCH TITLE

The sale of French noble titles is possible if you know how to transmit titles in concordance with civil law, which is our speciality. The only ways of acquisition conforming to law is through proper civil law procedure through European courts. Also, there is to know that France is a very peculiar jurisdiction from a legal standpoint. In fact, in the medieval ages, nobles called themselves what they wanted and distinctions between noble ranks were pretty insubstantial, as the only important thing that mattered was the fact of having nobility of blood, being the noble titles themselves totally irrelevant and unimportant. This changed with the course of time, of course, and noble titles gained relevance and importance.

Those who desire to benefit from the sale of French titles must know that while it is possible to obtain some of these dignities with a feudal origin, the methods of acquisition and transmission are totally different from England or other European Countries.

If you have interest in the above subject and would like to buy a French nobility title, please write us and we could help you navigate these waters safely, as we do know everything there is to know about this subject, and we do have the legal know-how to transmit legally the possession and property of feudal titles in France in an unblemished and perfect manner.

We will give you now as a guide some interesting facts about the sale of French Noble Titles and also the French Nobility, exposing also some common legends and myths.

The Myth of the “Titled Land” in France

The million dollar question is: Is it possible to buy a French Noble or Feudal Title through an outright, plain and simple act of land sale? No, they must be obtained through a proper legal procedure different than an ordinary sale of land. The only legal way to obtain ownership of a French Title is through Civil Law Procedures, Continental European Court Decrees, in concordance with French Law, French regulations and French Jurisprudence, or to inherit it via direct male line from your ancestors. Anything else would be extremely dubious to say the least.

Is it true you could buy titled land and get a feudal title by a mere act of land purchase? 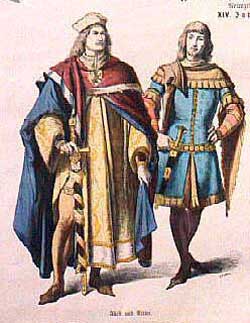 We are afraid that is not possible anymore. This was partly true until 1789, when the French Revolution took place, and this practice came to an end. What not many people know is that you only could buy titled land if you were already a nobleman. If you did not have the legal consideration of personal or blood nobility you would not qualify to execute the purchase of a fiefdom, Seigneurie, Barony, or any title that could be acquired from an act of plain sale. Also, what many others do not know is that apart from the prerequisite of being already a nobleman to qualify in order to be able to attend the sale of a French noble title, you also would need royal sanction for this. So, you needed both to have the juridical right of being considered a nobleman, as stated in the Ordinance of Blois and also Royal sanction from the sovereign himself. The position of the non-noble who bought a noble fief was made quite plain by royal edicts-” The Non Noble Person buying a fief will not on that account be ennobled, nor enter the rank and degree of nobles, no matter of what revenue and value the fiefs they have acquired may be-. (Ordinance of Blois, 1579, article nº 238)

If you actually want to buy a French Noble title, you must know that the methods of transmission greatly differ from the usual systems in England. Hey, this is France, and all here is different and in concordance with the French Civil Code and Codes of Civil Procedure, totally different from the casuistic and jurisprudence like common law systems. So, the sale of French noble titles always must conform to civil law procedural aspects, jurisprudence and decisions of European courts able to take into account the most relevant aspects of the law in France, including the famous civil code of napoleon and many more regulations and ordinances that must be taken into account properly and studied calmly and with great care.

This being said, it is also appropriate to take into account that France had several legal systems. The northern regions of France, all the Rhineland area and Alsace and Lorraine were many times part of the German Empire and subjected to Germanic Laws. Lorraine was a sovereign Duchy which formed part of the Holy Roman Empire, being in fact a vassal estate of this empire and the Holy Roman Emperors in Vienna.

ENQUIRE ABOUT OWNING A FRENCH TITLE