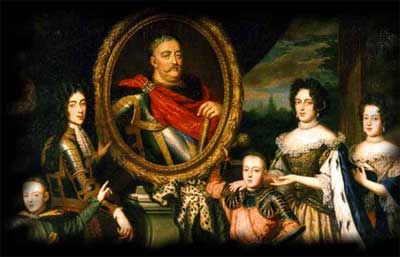 We only work with genuine and hereditary titles of nobility, thoroughly checked and properly researched through our efficient quality management procedure.

How do we ensure that a title is genuine before offering it to our clients?

Our company has implemented a rigorous three step verification process to assess whether a title is genuine and meets certain quality standards:

1. Our historians are very well qualified to investigate the existence of a title, documenting the sources of reference that prove its existence beyond doubt, such as reference books, archives, and our own databases.

2. If the conclusions of the historical investigation are certain, they are passed on to our experienced juridical experts, who analyse the legal feasibility of the transfer of the title.

3. In the event that our legal team decides that it is possible to transfer the title, there is a final phase of analysis, where the title itself is carefully appraised, analysing factors such as antiquity, date of concession, historical context or antiquarian value, in order to make sure the title is worthy.

This stringent excellence process ensures that only genuine titles with a high assurance of quality are offered to our clients.

Our Appraisals and Reports on Noble Titles

This importance is evaluated depending on several factors. In many cases we are also able to track the reason why the title was conferred, and we also excel in the historical appraisal of the title. We do know how to appreciate when a title of nobility is legitimate, genuine and worthy of interest and research.

Genuine and Hereditary Titles by Rank:

In our company we are able to research genuine and hereditary Lordships and Baronies, as well as legitimate and inheritable titles of Count, Viscount, Marquis, Duke and Prince, as well as their female equivalents.

Can I buy a Hereditary Noble Tile?

Yes, you should buy a hereditary title of nobility. It is our opinion that the best decision one can take when buying a noble title is to choose a title with a hereditary legal nature.

Why should I purchase a Hereditary Title?

There are three very good reasons, as the French legal author Guillaume-Chrétien de Lamoignon de Malesherbes has said: "A hereditary title rarely falls into disuse, can be transmitted to your descendants, and always has a higher intrinsic value". It should also be one of the most important factors when making a purchase decision regarding a noble or feudal title.

What’s a Hereditary Title of Nobility?

It is a title with the quality to be passed or transmitted by a predecessor to his offspring or relatives, by reason of birth and family.

Legal Drafting of Codicils and Hereditary Clauses for Titles of Nobility

The hereditary nature of a title of nobility is a fascinating subject. Our company has a vast legal experience, and is specialized in the historical and legal investigation of nobility and feudal dignities of a hereditary nature. In fact, we are specialized in the legal drafting of all types of hereditary clauses. We are also experts in the writing of codicils applicable to noble titles. In this way, we ensure that the life of the title is continuous, does not fall into disuse, and is transmitted correctly to the right heirs. In the same way, our experience tells us that the best practice is always to choose a hereditary noble title and make sure explicitly that the title will be correctly transmitted to the heirs in the future.

Titles of nobility should be transmitted from parents to sons or those within the family, as the descendants of those who own hereditary titles should inherit their family noble titles as a direct consequence of their own natural situation by birth. Nobility must be passed to the rightful descendants through the ages as a birth right or family right.

Hereditary Issues in the World of Nobility

Nobility has not always been hereditary. Many of the French Noble Titles awarded by Napoleon had a personal nature, and could not be transmitted, as they were just awarded to reward military virtues and political support to the French Emperor. In Italy, many titles from Piedmont and Lombardy were also life titles, lacking the hereditary quality that is the landmark of the true nobility.

In Russia, Germany, Austria and the Holy Roman Empire, not all titles of nobility could be inherited. In England, it is customary even nowadays to award life peerages that are just noble titles valid only for the life of the recipient of the honour. In Norway, Sweden and Spain most of the newly granted titles of nobility are only for life, missing the hereditary quality.

Hereditary nobility titles were also scarcely given by the Pope in Rome, and their titles were mostly life titles, or transmissible only to the sons or nephews of the recipient. Many Papal Titles of nobility were not hereditary or lacked transmissibility.

Our firm has the widest available range of genuine and hereditary titles of nobility in Europe. "Titles and positions in society regarding nobility should be transmitted", as the famous Italian lawyer Giulio Leonelli has said. This is logical, as in many cases noble and feudal titles are hereditaments that ought to be passed on from parent to child as a right.

We are specialists in finding hereditary and genuine noble titles from France, Italy and Germany. The best heritable titles of Italy are normally situated in Naples and Sicily. The legal framework and historical peculiarities of this region, as well as their relationships with France and Spain have propitiated a very good legal situation for those seeking to obtain hereditary titles of nobility. We are also capable of researching high quality noble titles from France and Germany. The possession of nobility and noble titles must always be susceptible to be transmitted to your heirs. And this is exactly what we do well: find titles with this important quality.

All the noble titles we work with are always legitimate, historical and genuine hereditary titles of nobility, with a provable and proven existence. We work very well in researching titles of nobility of undisputed quality, and if you hire us to do some research, we guarantee you will not be disappointed.