The Most Famous Aristocratic Families of Europe

The European aristocracy lays claim to a vast array of noble families that have left an indelible mark in the history books over the centuries. Many of the aristocratic families of Europe have been closely linked to the monarchies of the various countries and kingdoms. Sometimes, the individual members were elevated in society as a result of their military or political endeavours. More common was for members of the aristocracy to marry into the royal circles, producing heirs that would lay claim to regal heritage for generations to come.

Whether as eminent nobles in their own right, or due to their rise to levels of royalty or supreme power, the noble families that made the most memorable impact on the history of their country left a legacy of infamy and renown that endured for centuries, even after the last members of the family line died out.

So who were these illustrious and remarkable noble families? Who were the legendary aristocratic lines that populated the more notorious stories of the last centuries? Here are two of the most famous aristocratic families of Europe, from the early days of medieval nobility to the more recent aristocratic houses that we are familiar with today.

While the aristocracy is regarded as one of the highest social classes, there are occasions when even the more elevated noble titles are overshadowed by superior royal ranks. This was the scenario that led to the creation of the noble Battenberg family line. 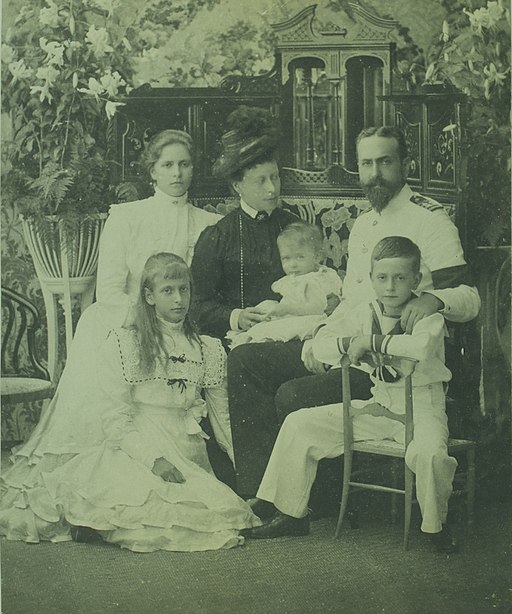 The story of this famous family began in 1851 when the son of a Grand Duke intended to marry an orphaned noblewoman of a lesser rank. Although the woman in question, Julia Von Hauke, was a Countess, her position within the nobility was deemed to be of insufficient rank to marry into the Grand Duchy of Hesse.

The solution was for the Grand Duke to elevate the aspiring bride to the status of Princess, ultimately granting her the rank of Princess of Battenberg. With this administrative manoeuvre, the Battenburg family line was born. It was to be a remarkable elevation of social status, originating at the level of lowly lady-in-waiting (albeit in service to the wife of a future Tsar of Russia, Alexander II), and culminating in connections with some of the most powerful and legendary royal families of Europe.

In more recent history, the Battenburg family name is more renowned in its English translation. As the family roots spread across the English Channel at the turn of the 19th century, some of its members created an Anglicised variant of the Battenberg name. The literal translation in English – Mountbatten – was a name that would become very familiar to historians and devoted royalists within the UK.

Perhaps the most famous member of the Mountbatten line was Louis Mountbatten, 1st Earl Mountbatten of Burma, who left a historic legacy as the last Viceroy of India prior to the country’s struggle for Independence in the 1950s. His sister, Princess Alice of Greece and Denmark, also established her place in the history books as the mother of Prince Phillip, the Duke of Edinburgh, perhaps better known as husband to Queen Elizabeth II, Queen of England.

When Hugh Grosvenor received an elevated dukedom from Queen Victoria in 1874, he became the head of a historic noble family line that would thrive and prosper to become one of the wealthiest and most famous of British aristocratic families, one that still sparks the fascination of the masses today.

As the first Duke of Westminster, Hugh Grosvenor was upholding a pattern of social elevation within the Grosvenor family that extended back to the early 1600s when his ancestor, Sir Richard Grosvenor rose through the ranks of the House of Commons to become the 1st Baronet of the family line. 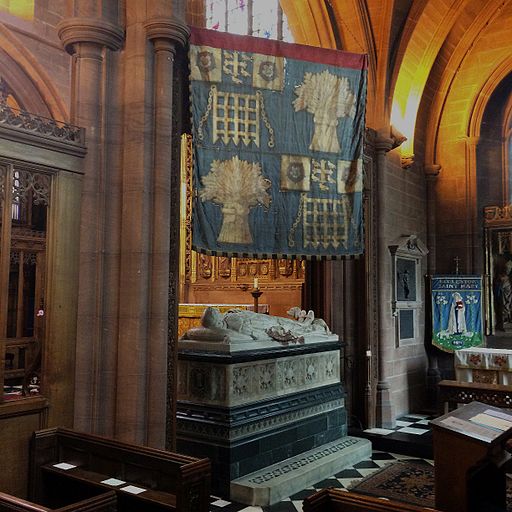 This pattern of royal favour and social advancement continued over the centuries as the Grosvenor family status went from Baronet to Baron, and from there to Earl and then Marquess. The rise from Baronet to Dukedom was an impressive accomplishment, given the turbulence and shifting allegiances of the late Middle Ages and early Renaissance.

The Grosvenor Family’s rise to the higher echelons of the British nobility was undoubtedly littered with intriguing stories of the colourful characters that populated this successful family line, as the various Baronets, Barons, Earls, Marquesses and Dukes of Westminster added their own stories and endeavours to the family legend. This eminent line of famous aristocrats also made a significant contribution to the family wealth.

It is perhaps this aspect of the Grosvenor Family that has garnered the most fascination over the centuries. It is certainly one of the most tantalising details inspiring modern interests in the British nobility. The current Duke of Westminster, also named Hugh Grosvenor, is undoubtedly one of the world’s most eligible bachelors, reported to be worth over $13 billion.

European history is rich with a spectacular variety of noble houses and famous family lines. The sagas and dramas within family groups can make for intriguing stories at all levels of humanity, yet when these tales are played out against a backdrop of wealth, glamour, power, influence, amid palaces and royal courts, they take on an added element of fascination and allure.

It’s little wonder that the legends and adventures of these famous aristocratic families have survived across the centuries. And as the modern nobility of Europe continues to add its own contemporary contribution to the history of its aristocratic families, it’s likely that these new stories will serve to entertain and intrigue the history lovers and culture buffs of the future.

If learning about these aristocratic families has piqued your interest about acquiring a prestigious Noble Title of your own get in touch using the enquiry form in the sidebar or you can contact our Geneva office directly between 10.00-19.00, Monday to Friday on +41 225 181 360.