The aristocracy of Europe is regarded as the preeminent social class outside of the various nations’ royal families. And it’s true that this elite group of noble families have enjoyed a privileged and prestigious position in the higher echelons of society ever since the aristocratic system emerged during the Middle Ages.

Yet, even within the aristocracies of Europe, there are divisions and hierarchies, as well as outright prejudice. One of the oldest sources of prejudice within the nobility itself is that of Old Money vs New Money. The fact that all noble ranks originated from relatively humble origins has not stopped the aristocratic elite from identifying as superior blue-bloods, ie Old Money, or deriding the new additions to the noble ranks, especially those funded by more recent wealth, ie the nouveau riche.

For some noble families, however, there is no question as to the heritage of their ancestral wealth or the validity of their noble status. These are the undisputed noble Old Money families of Europe that enjoyed centuries of credibility, esteem and establishment in the European aristocracy. While many of these have died out in more recent times, a handful still remain. And unlike a great many Old Money fortunes that waned over the generations, some of these families have built on their early foundations of wealth to create enduring empires, vast estates and substantial influence within society.

Here are two of these noble Old Money families that have endured within the European aristocracy and still enjoy esteem, wealth, power and influence today.

Like many of the wealthy families to emerge from the later Middle Ages and Renaissance period, the Rothschild family built their fortunes and established their position in society through banking enterprises. 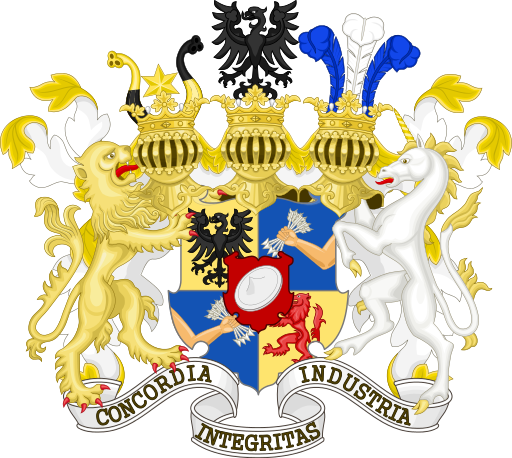 While the Rothschilds may have appeared to be New Money when they first rose to prominence in the 18th century, especially in comparison to some of the older noble families that still existed at the time, there is no doubt that in the centuries that followed, the family were fully integrated into the most esteemed social circles.

This was due largely to their vast wealth and political endeavours, which lead to their admittance to the Austrian nobility in the 19th century. One of the factors of the family’s commercial success was that the head of the banking enterprise, Mayer Amschel Rothschild, had five sons who went on to establish financial empires across the globe, founding Rothschild banking families in London, Paris, Naples, Vienna and Frankfurt.

Such a comprehensive and international presence assured the rise to fame and fortune of this remarkable family. Their position within the aristocracy and their place in the history books was confirmed when the Emperor of Austria, Francis I, elevated the five sons to the Austrian nobility in the early 19th century, granting them the hereditary title of Freiherr, or Baron. A later member of the UK branch of the family was subsequently ennobled in England, being granted the rank and title of Baronet, establishing a secure position within the British nobility to accompany the family’s status within the Austrian aristocracy.

As is befitting of a legendary Old Money noble family, the Rothschilds commissioned and built a number of notable buildings to cement their standing within the aristocracy and their place in the history books. Some of the homes and estates of the various family lines include the vast Villa Pignatelli in Naples, the imposing Gunnersbury Park in London, and numerous picturesque chateaux in the wine regions of France.

One Old Money family that can lay claim to some of the most ancient noble heritage is the Mancini family of the Italian kingdoms. Regarded as one of the older families of Italian nobility, the Mancini line dates back over a thousand years to Roman origins. 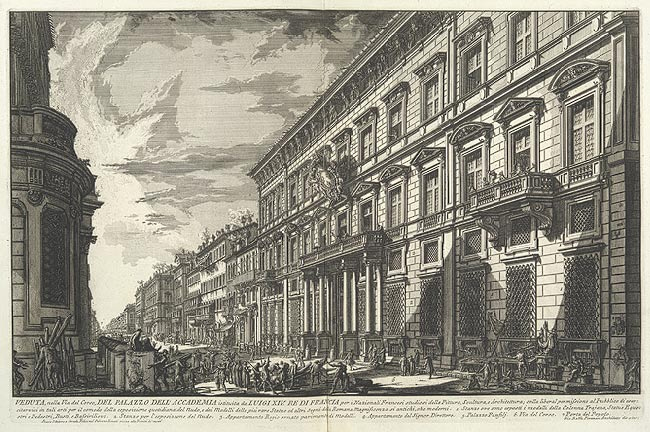 From its earliest history, the Roman Mancini family branched out in a number of influential lines across the various surrounding territories. One branch went on to establish the line of the Dukes of Nevers, one of the most well-known and esteemed noble families of medieval France. The family also established a branch of the Roman side of the family known as the Sicily line. While this branch died out in the 17th century, during its time it flourished to the extent that town squares and streets were dedicated to the family name – securing the Mancini legacy in the hearts of the Italian people and the history of its regions. Factors such as these would have gone a long way in securing the Mancini name as an Old Money noble family within Italy and beyond for many generations to follow.

The aristocratic credentials of the family would also have been firmly established by the Naples line of Mancinis. This cadet branch was ennobled in the early 16th century when the Prince Francesco of Este granted the title of Marquis to Domenico Mancini, a title that would be passed on to future generations of the Naples line. The rank of Marquis would later be upgraded to that of Count by Pope Benedict XIV in the 18th century.

A more recent branch of the noble Old Money Mancini family is the San Vittore line, one that survived the turbulence and revolution of the 18th and 19th centuries to endure to the present day. As the various Mancini family members married into other high-ranking noble families within Europe, their role and rank within the aristocracy strengthened over the centuries, culminating in an esteemed title of Count, as well as membership of many historic and legendary orders of knights, and highly respected military honours.

In terms of architectural legacies, one of the most well-known is the Palazzo Mancini in Rome which was created from four substantial dwellings to create a palace befitting the family’s elevated status. The Palazzo went on to become the property of Louis Bonaparte, younger brother of Napoleon, as well as home to Maria Christina, queen of Naples.

The success and longevity of these two noble families are a testament to the works and endeavours of its various members. While fate may have supported their social elevation with hereditary lines that endured through the ages, the fortunes and achievements of these Old Money families are their true legacy, both within the aristocratic systems of Europe and the histories of their times.

If learning about these noble old money families has piqued your interest about acquiring a prestigious Noble Title of your own get in touch using the enquiry form in the sidebar or you can contact our Geneva office directly between 10.00-19.00, Monday to Friday on +41 225 181 360.