The Lifestyles of Nobles in the Middle Ages

The centuries of the Middle Ages, generally regarded as the period between the 5th and the 15th century, is one of the most captivating eras of European history. This enchanting epoch conjures up images of chivalrous knights in gleaming armour, fighting courageously to defend their King and country, or genteel noblewomen in exquisitely embroidered dresses, picnicking beneath parasols in the palace grounds.

But the years of the Middle Ages were not always so genteel and romantic. This was the period of feudal systems, strict social castes, political instability and frequent wars. These were dramatic and historic times, and while life may not have changed dramatically for the peasants and ordinary country folk who lived through this era, one social group that would have been at the forefront of lifestyle shifts were the ranks of nobles and aristocrats.

This social order, ranking below the royals and rulers but superior to the labourers and working classes, lived fascinating lives, bridging the worlds of the royal courts and the everyday folk in the burgeoning towns and villages. The lifestyles of this intriguing group will have changed almost beyond recognition from the beginning of the medieval period to the final years preceding the Renaissance – an era spanning over a thousand years. But here is a glimpse of some of the lifestyle features enjoyed – and endured – by the nobles of the Middle Ages.

The nobles and aristocrats of the Middle Ages, much like their kin in later centuries, did not work at menial jobs or hard manual labour. Their inherited wealth and position in society quite often precluded them from taking jobs or doing work as we understand it today.

Many nobles were landowners, proprietors of vast estates that would include farms, lakes, and rivers. These lands would be worked by the local peasant folk, who would take care of the day-to-day demands such as looking after the livestock, and growing and tending the crops. While the nobles would not be involved in the hands-on work, the landowners would be kept very busy in managing these estates. There would be the administrative task that went along with owning and managing a large estate. They would also have the financial aspects to keep in order, making sure all the workers were paid and that the books balanced. 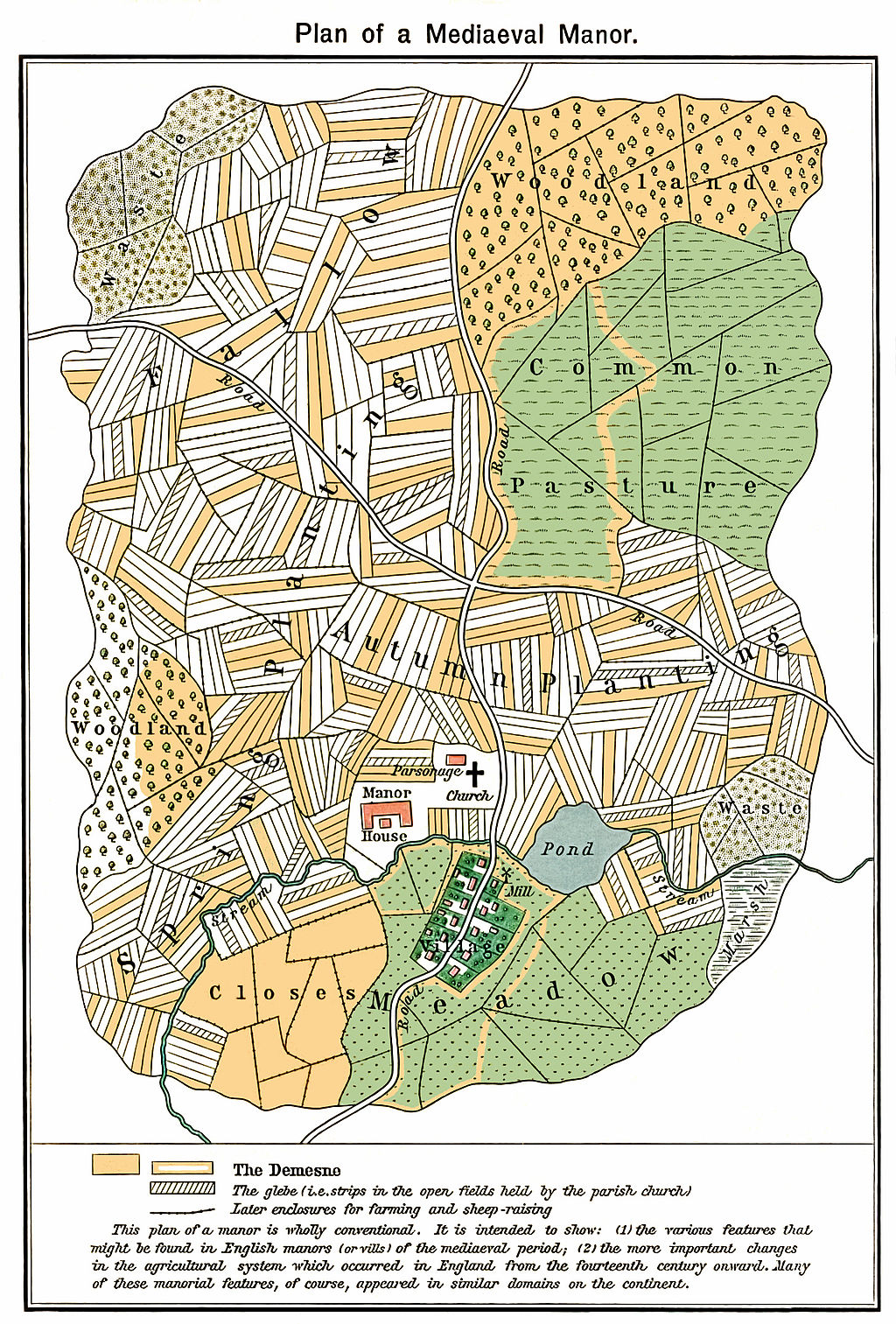 During medieval times, these aspects of estate management would most likely be handled by the men of the family, the male heads of the household, eg fathers, grandfathers, or older brothers. The noblewomen of the period, while also excused from manual labour, would also be kept busy with their allotted tasks. While the work of noblewomen may seem more genteel than the men’s, maybe ever frivolous or unimportant, they were regarded at the time as essential social roles.

Their daily lives would have been filled with overseeing the education and social advancement of their children, arranging advantageous marriages, networking on behalf of the family members, and attending the right social events. They would also be involved in the planning and hosting of their own events. During the Middle Ages, festivals, fetes, village fairs and theatrical productions were the most common forms of entertainment and celebration. It was often down to the noble classes to provide these events, at their own expense, and they would require extensive work and attention. Weddings were also a great excuse for lavish celebrations, and medieval nuptials would have been a major event for both the noble families and the peasant folk who depended on them.

The men of noble ranks in medieval times would also have duties beyond their estates, serving their king or queen – the very role that had established the aristocracy and led to their power and wealth. These duties would often include advising the sovereign on matters such as war or governance of the people. They may even be required to go into battle themselves, or to lead invasions on new territories. The Middle Ages are a period renowned for many wars and battles, as Europe’s territories evolved amid political and military clashes, so the noblemen of the period would have been regularly called upon to support their king and country.

While the noblemen and women of medieval times may have had a considerable range of duties and responsibilities, their lifestyle was still regarded as a genteel life of leisure and privilege, in comparison to the working classes who would work from dawn till dusk in the various manual jobs of the time, very often in unpleasant or even hazardous conditions. 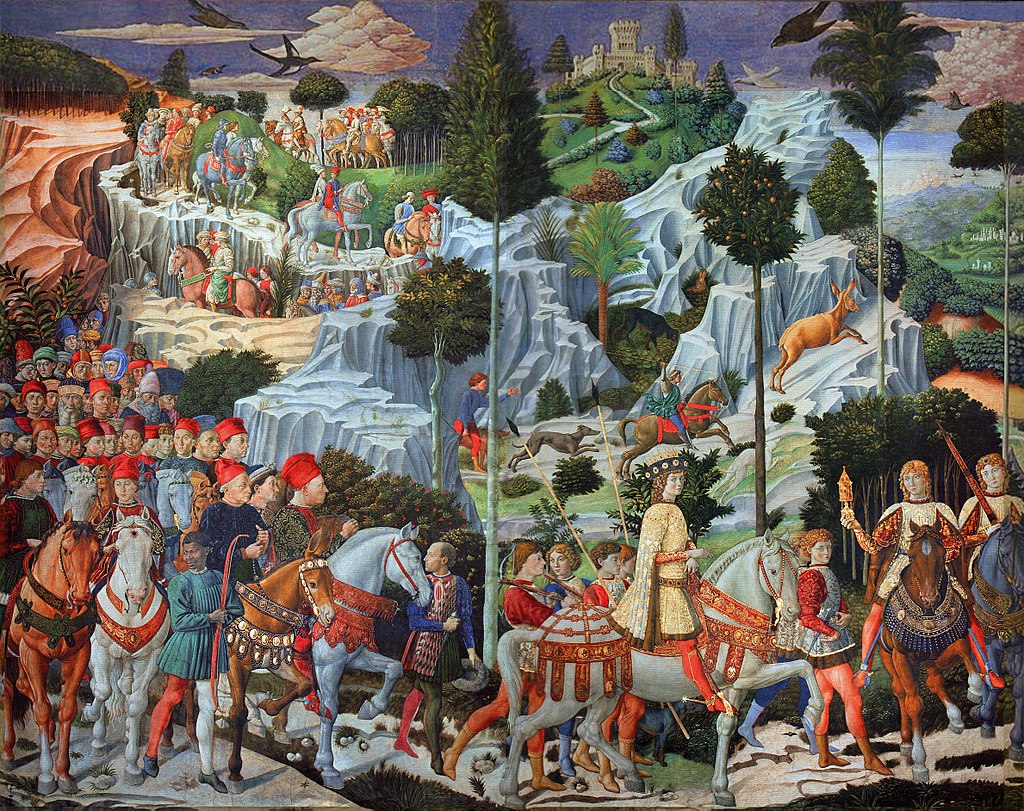 While the peasants had little time or money for leisure, the nobles of the period would have had plenty of both. Popular activities for the men would have been hunting, horsemanship and hawking. They would also have enjoyed an almost continual round of social engagements alongside their womenfolk. These would have included lavish banquets and celebrations in the royal courts, as well as social gatherings with other aristocratic families and friends. These parties were known to last for days or sometimes weeks at a time.

In between the big social events, the ladies of the noble classes would have spent their time honing the expected skills required of females, such as social etiquette, elegance and poise, musical talents, and delicate arts such as needlework, sketching, and embroidery. While education was limited during medieval times, even for the aristocracy, both the men and women would have enjoyed some cultural activities such as reading, exchanging ideas, improving the aesthetics of their homes and gardens, and enjoying theatrical productions.

During the tumultuous centuries of the Middle Ages, Europe’s nobility would have witnessed a great many changes to their own lifestyles and those of their countrymen and women at all levels of society. The social hierarchy that dictated the roles of the aristocracy was itself still evolving during the medieval era. Yet, their place in the social order was a relative constant throughout this historically rich thousand-year period – that of an esteemed and privileged class, elevated by royal favour, backed by increasing wealth, and exempt from the more mundane aspects of life. It’s little wonder that the lifestyles of nobles in the Middle Ages have fascinated and beguiled us ever since.

If learning about these Noble lifestyles has made you wonder about getting a prestigious Noble Title of your own get in touch using the enquiry form in the sidebar or you can contact our Geneva office directly between 10.00-19.00, Monday to Friday on +41 225 181 360.