The Monarchies That Didn’t Survive The Middle Ages

The great monarchies of history are famous for their hereditary lines of kings, queens, emperors and rulers. Within the history of royalty, the lines of succession, the blue bloodlines and the family ties played crucial roles in the stories and dramas of those who ruled over the world’s nations and lands.

The importance of heirs and the right kind of descendants was key to a monarchy’s survival. Without a clear and strong line of succession, the ruling parties were more susceptible to ambitious competitors, rebels and coups – those waiting in the wings to steal the throne and its power.

So the stories of the world’s monarchies are, to some extent, family dramas – tales of sons and daughters, spouses and cousins who shaped the royal family and played a part in its direction.

But given the unpredictable nature of families, and of life, the monarchies of history were subject to faltering family lines, where there was no heir to inherit the royal power, or family members outside the line of succession were eager to take over the throne.

While a royal family could remain in power for many centuries, if fate decreed the right offspring and line of descendants, it was also the case that a monarchy could quite simply die out.

In cases where there were no heirs to the throne, or sometimes the royal daughters were prevented from assuming power by nature of their gender, a royal line could diminish and disappear upon the demise of its last member.

With the wildly uncertain and tumultuous times of the medieval period, it was not uncommon for royal bloodlines to peter out, or to be overpowered or replaced by other means.

Here are some of the legendary monarchies that didn’t survive the Middle Ages.

The Kingdom of The Franks

At the peak of its power and dominance, The Frankish Kingdom incorporated vast territories of Europe. The lands of the Frankish Empire made up much of what is now the European Continent. 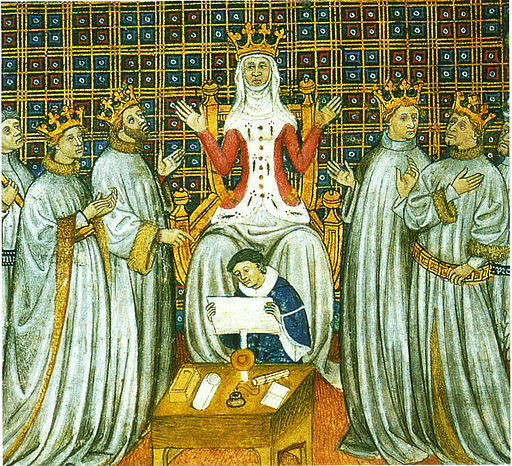 While this kingdom dominated for many centuries, from its origins prior to the Early Middle Ages, it’s perhaps not surprising that an empire of this magnitude would reach a point where it began to splinter and fall.

Towards the 9th century, the great Kingdom of The Franks began to evolve into smaller sub-kingdoms, with varying degrees of independence. Over time, these divisions shifted and strengthened, culminating in the precursors to the European nations that we know today.

The last days of the Kingdom of the Franks saw its legacy morph into the Carolingian Era, which marked a new phase of this royal line that was largely split into three territories. With the death of Charlemagne in the late 9th century, The Frankish Kingdom gave way to the first phases of what would become the Holy Roman Empire.

The Kingdom of Navarre

Another great monarchy of the Middle Ages was the Kingdom of Navarre. The territories of this historic kingdom included the lands that we know today as Spain, Andorra and parts of France, encompassing the Basque and Castille regions, as well as what was the Kingdom of Aragon. 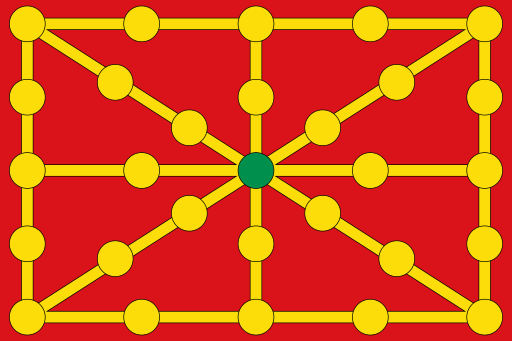 The capital of the Kingdom of Navarre was the ancient city of Pamplona, which became the central hub of power as the kingdom expanded over the centuries of the Middle Ages.

Throughout its evolution, the Kingdom of Navarre was governed by a feudal monarchy. While it grew amid the conflicts of the expansion of the Frankish Empire, it would eventually succumb to the great power of the Kingdom of The Franks.

As the Navarre monarchy began its demise in the late Middle Ages, it gave way to its successors in the forms of the reigning powers of France, Castille, Aragon and Spain. As vast portions of the territory were annexed among the various neighbouring regions, some of the northern parts were once again incorporated back into the Kingdom of France. And when the King of Navarre was crowned King of France in 1589, what was left of the Kingdom of Navarre was merged with the French empire, closing the chapter of the Navarre monarchy as an independent power.

The Kingdom of Jerusalem

The evolution of the Kingdom of Jerusalem was a more unusual story than the majority of the empires of the Middle Ages, emerging as it did from the Holy Quests of the Early Crusades. The monarchy was formed as a Crusader State in 1099, when it was claimed by the infamous noble knight, Godfrey of Bouillon. 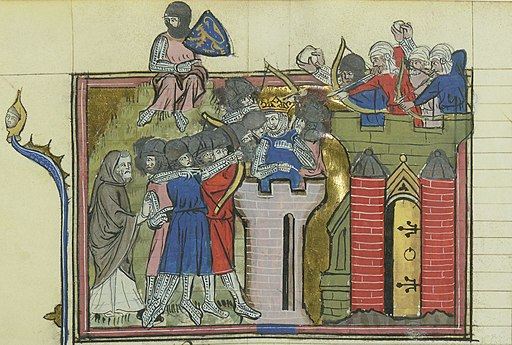 It was one of four such realms established by the Roman Catholic Church in the lands of the Middle East. (The other three Crusader States were the neighbouring lands of the County of Edessa, the County of Tripoli and the Principality of Antioch.)

The lands of the Kingdom of Jerusalem that emerged from the First Crusade included the regions now known as Israel and Palestine, as well as the Gaza Strip and the West Bank. Over the two centuries of its history, the realm grew to later incorporate some of the neighbouring lands such as Tripoli and parts of Turkey and Syria.

After the death of the first King of Jerusalem, the throne was assumed by Baldwin II, who was a cousin of both the first king, Baldwin I, and the famed hero of the First Crusade and the conquest of the Holy Land, Godfrey of Bouillon.

As with many of the medieval monarchies, the Kingdom of Jerusalem began to falter, succumbing to a series of sieges and battles. Eventually the rise of the Ottoman Empire spelled the end of the Kingdom of Jerusalem as an entity in its own right, and while some of its royal titles did survive the Middle Ages in name, the demise of the once powerful empire had begun, and culminated in the decline of the monarchy in the 16th century.

While these great kingdoms and monarchies of the Middle Ages enjoyed power and expansion for centuries, they ultimately fell to the very forces that had given rise to their original flourishing – the military might of neighbouring nations, and the nature of humankind to expand its territory.

If learning about these lost monarchies has piqued your interest about acquiring a prestigious Noble Title of your own get in touch using the enquiry form in the sidebar or you can contact our Geneva office directly between 10.00-19.00, Monday to Friday on +41 225 181 360.