Noblewomen of the Middle Ages

As decreed by the Church and religious leaders that dominated the centuries of the Middle Ages, the role and importance of women were regarded as secondary to that of men. As a result, the lives and times of medieval women were rarely documented and even more infrequently recorded in the history books. This means that there is relatively little known about the women from the medieval period, compared to the great annals of history that survived chronicling the stories of the period’s noteworthy men.

The queens and royal women were an exception to this selective editing of human history, and we have many of their fascinating legends and legacies to provide an insight into the female experience of life in the middle ages.

But what of the many other women of the Middle Ages? The great majority of females in Europe were not royals or reigning monarchs, and so were less likely to have their lives recorded for posterity. The peasant women, in particular, were extremely unlikely to have the privileges necessary to pursue a life that warranted historical record.

Within the noble classes, however, the women were more often blessed with affluence, education and privilege, affording them more opportunities to lead notable or memorable lives. Despite the strongly patriarchal bias, a number of noblewomen did achieve prominence during their lifetimes, catching the attention of the historians so that their stories managed to survive modern times.

Here are some of the noblewomen of the Middle Ages who achieved a degree of notoriety and managed to make their mark on the history of the medieval period.

The legend of Lady Godiva is well known to many, no doubt due to artists such as John Collier who were so taken with her story that they represented the legend in their paintings and sculptures. 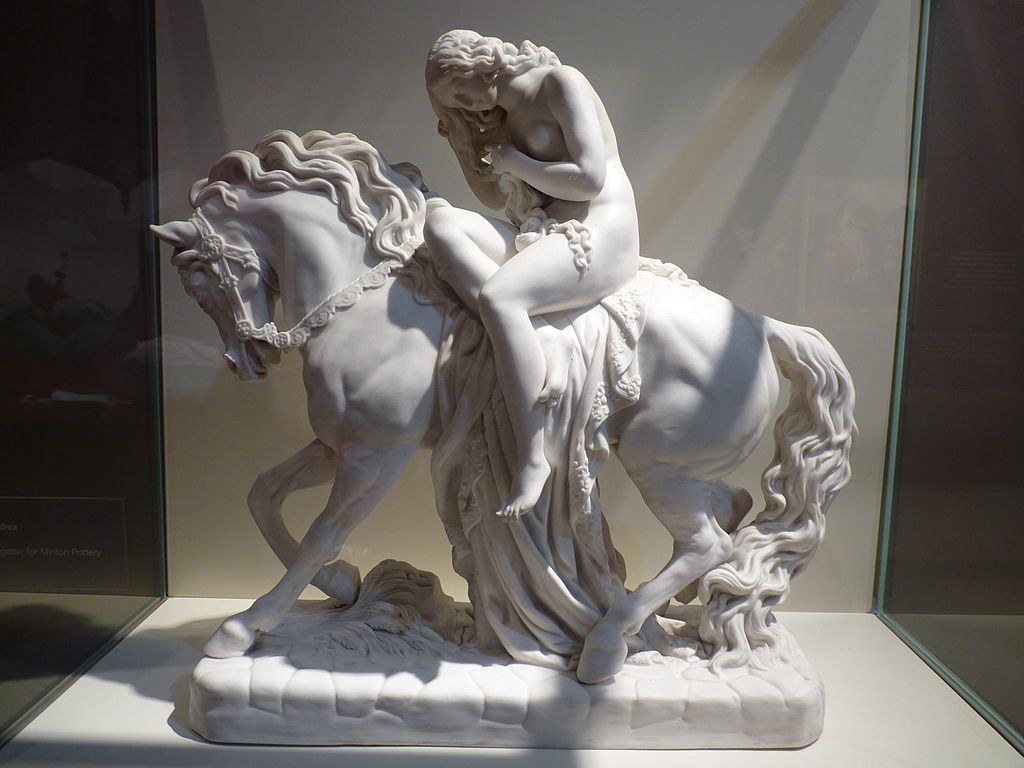 There is some debate over the precise facts of the Lady Godiva legend – did she really ride naked through the streets of Coventry to soften the heart of her greedy and oppressive husband? Whether we will ever know for sure, there is little doubt that Lady Godiva did exist. She was born around the turn of the 11th century, and is believed to have been the wife of Leofric, the Earl of Mercia, an Anglo Saxon region that later became central England. So, the original ‘Lady’ was actually a Countess, and she left her mark on history through her generosity and benevolence, being noted in her time as a kindly benefactress, in particular as a supporter of religious houses and the Benedictine monastic order.

Louise of Savoy was born into the higher echelons of the French royal court during the 15th century and established her place in history as the mother of the King of France, Frances I and a prominent ancestress of the line of Bourbon French Kings and the illustrious House of Savoy.

Louise became a Countess at the age of 11 on her marriage to Charles of Orléans, which was reputed to be a happy union, despite the presence of mistresses and illegitimate children within her home. Known as an astute and ambitious mind, Louise managed to secure advantageous social connections for her children and, after she was left a widow at age 19, also brokered a powerful marriage union for herself, allying with her erstwhile rival for the Duchy of Auvergne and the Duchy of Bourbon.

In later life, Louise became regent for her son who became King of France upon the death of his father’s cousin, King Louis XII. From this remarkable position of power, Louise of Savoy further established her place in history through her political manoeuvrings which were thought to have paved the way for the later Anglo-French peace treaty. She was also instrumental in ‘the Ladies’ Peace’, a treaty that ended the war between France and the Holy Roman Empire.

Teresa of Ávila was born in Spain in the early 16th century, the daughter of a wealthy merchant who purchased a knighthood and established his family within the noble classes. Teresa went on to not only make a name for herself in the history of Spain and medieval Europe, she also led a life of such significance that she was canonised as a saint less than fifty years after her death. A little later (approximately four centuries after her death), her legacy and contribution were acknowledged at an even higher level when she was proclaimed a Doctor of the Church – a rare and esteemed honour given only to saints whose lives added greatly to the Catholic theology and doctrines.

To attain such impressive attributes is a formidable achievement for any person, but for a woman to rise to such esteem within the fiercely patriarchal church system was a truly remarkable feat. Her legacy is a testament to the power and influence of this much-loved Spanish noblewoman.

The written work of Marie de France left a more indelible legacy than the woman behind the pen, whose precise name and biography have been lost to the mists of time. What is known is that she was a popular 12th-century poet, whose work was appreciated within the royal court of England’s King Henry II and is widely credited as being influential in the emergence of romantic and heroic literature. Known simply as Marie, from France, her position or title within the French or English royal courts remains a mystery, only her considerable education and scholarly accomplishments suggest a noble or affluent background.

Although the work of Marie de France may have been much admired during her time and in the centuries afterwards, it was not without its detractors who were scandalised by some of the feminist themes or salacious storylines. Despite, or perhaps because of her trail-blazing works and courageous stance against the prevailing Church doctrine of the time, Marie de France’s lyrical poetry and translations of fables endured to delight generations of readers and secure her name not only within the history of literature, but also as a noteworthy character within the broader historical recollections of the Middle Ages.

Against all the odds, these medieval women have risen above the cultural and societal prejudice and restrictions to live extraordinary lives. Whether they made their name through their writings, religious benevolence, spiritual legacy, political activities or even a naked ride through the streets on horseback, these women represent the earliest recorded examples of noteworthy noblewomen.

Their stories endure despite the subjugated role of women during the Middle Ages, which makes their legends and legacies even more remarkable.

If these medieval noble women have piqued your interest about acquiring your own prestigious Noble Title get in touch using the enquiry form in the sidebar or you can contact our Geneva office directly between 10.00-19.00, Monday to Friday on +41 225 181 360.