What Are the Oldest Palaces in France?

No country in the world epitomises finery, opulence and elegance quite like the French. So, it is not surprising that some of the most beautiful and extravagant royal palaces throughout Europe are to be found across the French cities and regions. Their reputation for grandeur and refinement is undoubted, but alongside their surface beauty, what about their historical aspect?

Here are some of France’s exquisite places that also boast many centuries of antiquity, some even playing a pivotal role in the history of France throughout the ages.

The Palais du Tau is one of the oldest palaces in France. It was also one of the key players in the theatre of French kingship. 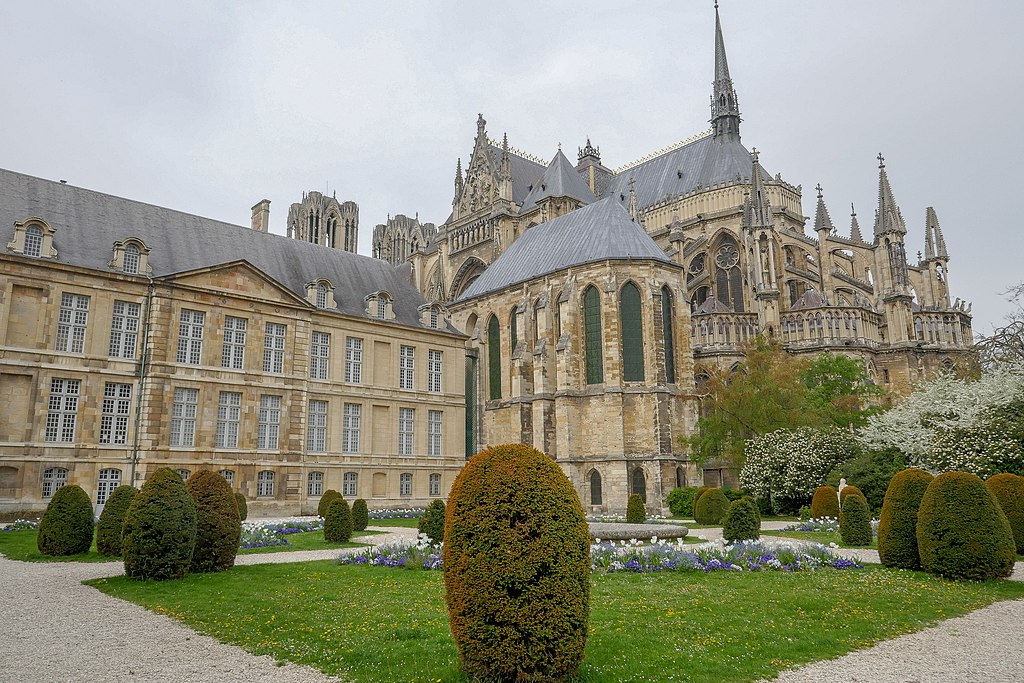 The beautiful Gothic and Baroque residence that stands on the site today was built at the end of the 15th century and developed over the centuries that followed. Yet the original buildings included a palace during the Carolingian period (613 AD -1124) and a Roman villa, thus confirming its claim to antiquity.

The name Tau is the Greek word for the letter T, and the palace was so-called after the T-shaped layout of the building, with the long wing to the rear running perpendicular to the elegant facade.

It was designated initially as a bishop’s palace and later as an archbishop’s palace, though it was to play host to even more powerful dignitaries over the years. The palace is situated alongside the legendary Notre Dame de Reims Cathedral where the Kings of France would be crowned in grand coronation ceremonies. No doubt due to its proximity to the great cathedral, Tau Palace would serve as the residence for the new king before his coronation, as well as the venue for a celebratory banquet after the ceremony.

Although far from the largest or grandest of French palaces – the 8 million square metres of Versailles would dwarf this petit palais – but its starring role in the royal tradition make it one of France’s much-loved palaces. And the significance of this beautifully restored residence was officially recognised in 1991 when it became a UNESCO World Heritage Site.

Called interchangeably both a palace and a chateau, Fontainebleau’s origins may include medieval castle structures, but the magnificent building of today affirms its undoubted role as a palatial royal residence. 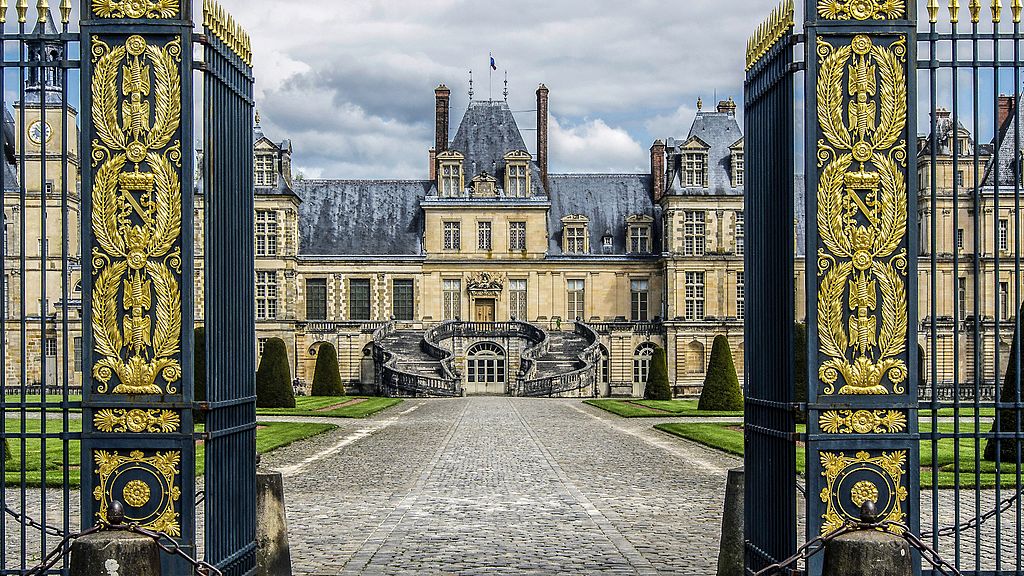 The Palace of Fontainebleau is situated just over 30 miles from Paris, France’s capital city. For much of its history, it was the largest palace in France and the home of kings, queens and emperors. Built as a chateau in the Middle Ages, Fontainebleau went on to become a firm royal favourite, selected as the residence and preferred hunting lodge to numerous Kings of France. The palace also acquired imperial favour as the erstwhile home of France’s illustrious emperor, Napoleon Bonaparte. In his memoirs, Napoleon wrote of Fontainebleau; “…the true residence of Kings, the house of the centuries… certainly the most comfortable and happily situated palace in Europe.”

The castle structure reputedly stood as early as 1137, and the story of its name relates to one of the springs within the grounds; Fontain Belle-Eau – the Fountain of Beautiful Water, though this may have originally been named Fontaine Bliaud or Fontaine Blaut after one of the many royal dogs.

The grandeur and majesty of the palace of today is the result of centuries of royal additions and embellishments. Much of the modifications were carried out during the Renaissance period, and there is an undeniable Italian influence, with Michaelangelo’s Hercules statue adorning the Jardin de l’Etang overlooking the vast carp pond for which the area is renowned.

The palace is also home to an iconic stone horseshoe staircase, which has a history all of its own. Built for Louis XIII in the 17th century, it was the official meeting and greeting place for princesses-to-be arriving for their marriages to the various Dauphins. It was also chosen by Napoleon as the place to bid his famous farewell to his military men in 1814.

Many of the other spectacular sights, both within the building and outside in its 3 hectares of palace grounds, have been lovingly and painstakingly restored over the years, offering its 300,000 visitors a year a timeless glimpse of French history. Another of France’s undoubted jewels, Fontainebleau was designated as a UNESCO World Heritage site in 1981.

It may be more well known in modern times as an art gallery and home to the legendary Mona Lisa, but the history of Louvre Palace actually dates back eight centuries to medieval times.

Towards the end of the 12th century, Philip Augustus, King of France, commissioned the building of an impenetrable stone fortress on the banks of the Seine, in order to protect the city of Paris from attack and invasion. In medieval times, it was regarded as a powerful symbol of sovereign might and protection, yet it was to become an even more formidable and momentous structure in the centuries that followed.

Louvre Palace served as a functional fortress and crenellated keep for almost two hundred years, until it began to adapt to a new role as a royal residence when King Charles V chose the newly extended building as his Parisian Home in the middle of the 14th century. With visions of a pleasure palace befitting a French King, Charles V’s improvements included windows, turrets, decorative pinnacles and palatial new wings.

Regal developments and enhancements continued during the Renaissance period, with a 460m waterfront gallery – la Grande Galerie – extending from the original Louvre structure along the banks of the Seine to connect to the nearby Tuileries Palace, an addition designed by King Henri II’s widow, the influential  Catherine de’ Medici. Along with more wings and ever-increasing grandeur appearing throughout the 17th and 18th centuries, Louvre Palace evolved into one of the largest and most spectacular of royal palaces not just in France, but throughout the entire world. And with the simultaneous evolution of its museum collections and art galleries, this erstwhile fortress became one of the most popular and famous royal palaces of all time.

The French nation played a powerful role in the evolution of Europe, and its monarchs ruled with legendary flair, extravagance and élan, so it’s not surprising that the oldest royal palaces of France are such exquisite monuments to sovereignty, power, innovation and beauty. These cherished buildings, that were commissioned, envisioned and enjoyed by some of history’s most colourful nobles and royals, endure as timeless keepers of the story of France.

If these beautiful old palaces have piqued your interest in acquiring a prestigious Noble Title of your own, get in touch using the enquiry form in the sidebar or you can contact our Geneva office directly between 10.00-19.00, Monday to Friday on +41 225 181 360.