The Top 3 Royal Palaces in France

During the early Middle Ages, as the social systems and hierarchies were evolving around the world, the rulers and leaders of the various kingdoms would usually inhabit a fortress-like building, such as a castle, fort or citadel. These would be highly functional buildings, built with security and defence in mind, though given their royal funding, they were often vast and impressive.

During the later Middle Ages and the Renaissance, as the Age of Enlightenment spread its more refined influences around the world, royal residences became more elegant and elaborate, built more for pleasure and aesthetics than for functional safety. The new breed of kings and queens did still like to present their homes as a representation of their power and wealth – the royal residences of the Renaissance include some vast and awe-inspiring properties. But with less of a need for physical protection from marauding armies, the later palaces and castles were constructed for more sophisticated times – the new age of pleasure, leisure, enormous wealth and cultivated courtly life.

As one of the key players in Europe’s evolution, France was at the heart of this trend for magnificent royal palaces and castles. The exquisite collection of palais and chateaux that emerged across the nation during the last millennium is renowned throughout the world.

It’s not surprising then, that some of the most majestic and sublime royal palaces in the entire world are to be found in France, a country that undoubtedly led the way in the rebirth of regal residences during the Renaissance. From a long list of impressive regal homes and buildings, here are three of the most magnificent of France’s royal palaces – legendary royal residences that still charm and delight locals, visitors and architecture lovers the world over. 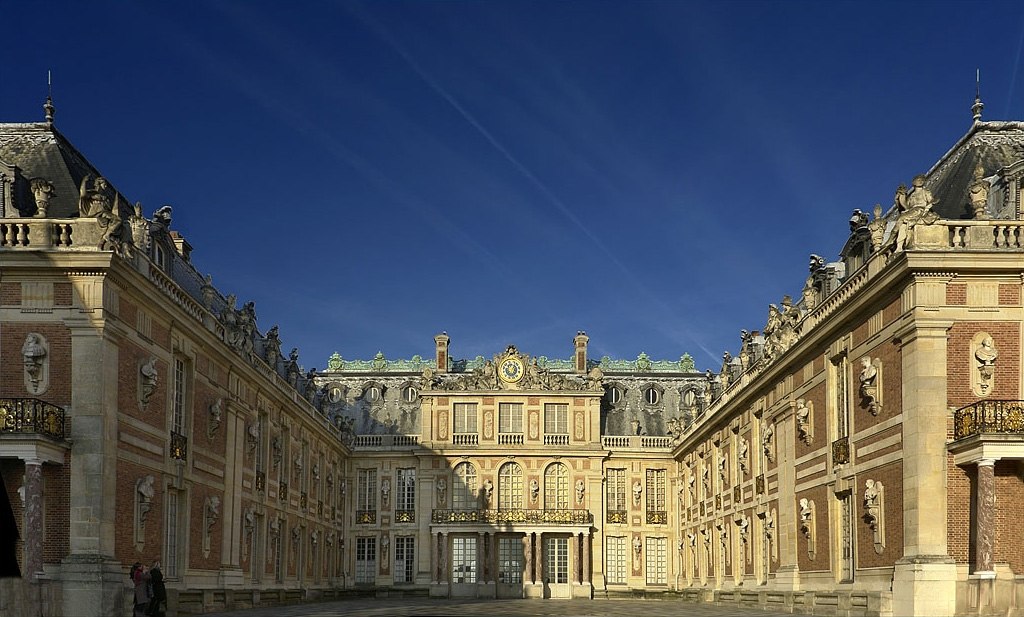 When it comes to royal palaces, the magnificent Palace of Versailles is undoubtedly the jewel in the French crown. This spectacular palace raised the bar of royal residences when it became the new home for the Kings of France at the end of the 17th century. The scale and splendour of both the palace and its stunning grounds and gardens were beyond anything the world had ever seen before – even after centuries of increasingly impressive royal homes and estates.

The Versailles that we get to enjoy today – and some seven million-plus visitors a year do make the pilgrimage to this mecca of regal grandeur – is the result of additions, upgrades, improvements and enhancements to the original palace envisaged by Louis XIV, the mind behind the vision of Versailles. The architecture, the interiors and the grounds sparked a new wave of Versailles-influenced buildings and renovations across Europe and beyond – such was the novelty of beauty and refinement at this previously unseen standard. Even today, architects and creatives of all kinds take their inspiration from this spectacular palace – with hugely popular films and TV shows based on the Versaille complex and environs.

For all its magnificence, however, one of Versailles’ most famous inhabitants actually preferred the modest model village in the grounds of the great palace. Marie Antoinette, the legendary Queen of France, was reputed to feel most at home in the Petit Trianon – a beautiful chateau and rural retreat in the grounds of Versailles, originally commissioned for the infamous Madame de Pompadour, mistress of King Louis XV. 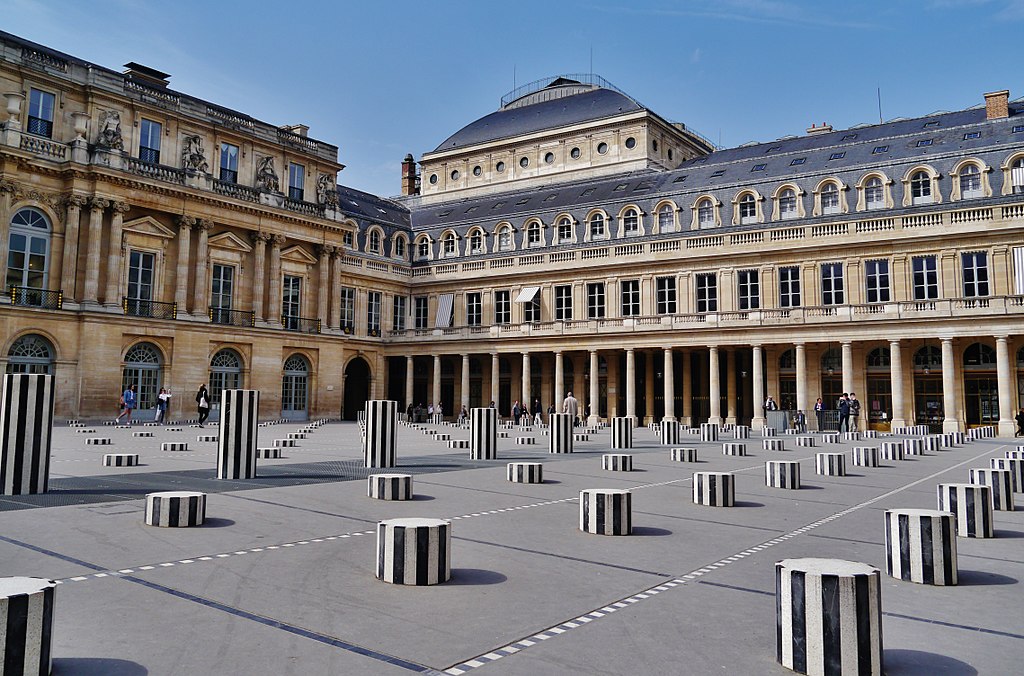 Before Louis XIV decamped the royal court from the nation’s capital to the rural idyll of Versailles, Paris was the home of France’s kings and royal families. One such royal residence was the Palais-Royal, a vast palatial complex in the centre of Paris. For all its regal status and grandeur, though, the Palais-Royal did not begin its role in French history as a royal palace. Originally, the building was the residence of one of France’s powerful nobles and clergymen, the Duke of Richelieu. The Duke, in addition to playing a powerful role in the nation’s affairs, was also a Cardinal, holding an esteemed position within the Church. His palace became known as the Palais-Cardinal, and its elaborate scale and elegance bear testament to his position in the French hierarchy of power and influence in the 17th century.

The Cardinal’s palace began its new royal era when it was bequeathed to the King, Louis XIII after Cardinal Richelieu died in 1642. The new owner also died shortly afterwards, but the palace became firmly established in the French royal family, becoming the home of the mother of the future king, Louis XIV.

As was the tradition for French sovereigns, the palace was much improved and updated over the following centuries, and the Palais-Royal of today is a marvel of Renaissance architecture on an impressive scale. IT remains one of Paris’s preeminent landmarks, and an exquisitely elegant Parisian hub of commerce, culture and national governance. 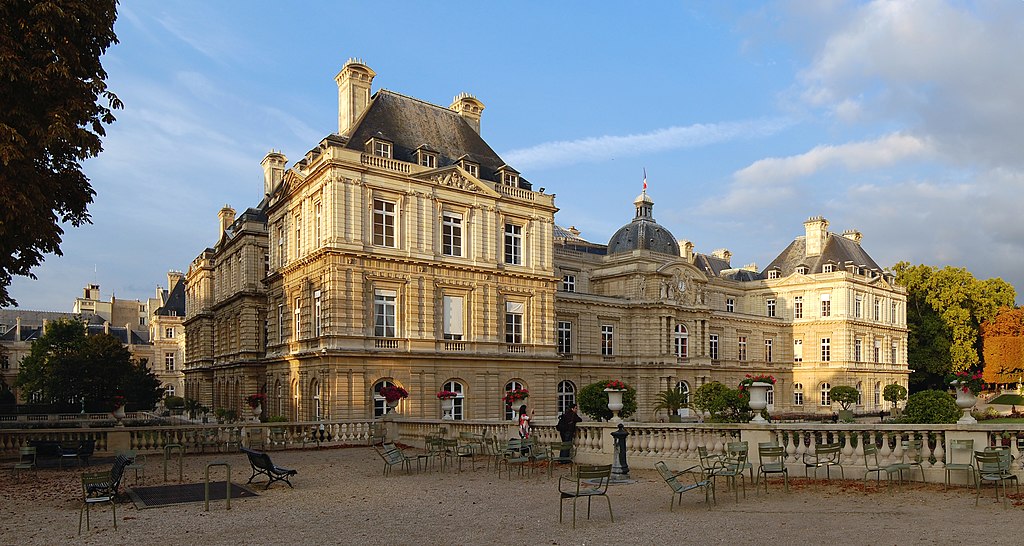 Another of France’s top royal palaces is the Palais-Royal’s neighbouring complex in central Paris – the beautiful Palace of Luxembourg. Unlike the Palais-Royal, however, this exquisite building, along with its impressive city-centre gardens, was always destined to be a royal residence.

Commissioned as the home of Marie de’ Medici, the mother of the future king (King Louis XIII), the Palais de Luxembourg is undeniably French, with its chateauesque architecture and uniquely Parisienne roof lines. Yet, it also reflects the Italianate origins of the queen mother, who even referred to her new palace as Medici’s Palace.

For a city palace, Palais de Luxembourg comprises an immense site, with an impressive courtyard belying the grand facades. The original interiors were also furnished in a lavish style befitting one of the most esteemed and wealthy royal families of the period.

From its suitably grand origins, the palace was also improved and updated over the centuries, but following the French Revolution and the country’s move to becoming a Republic, the erstwhile royal palace became a governmental building, which surely must rank as one of the most beautiful state offices in the world. The vast royal gardens have now become a much-loved public park and one of the most enchanting, and typically Parisian, spots in the nation’s capital.

The beautiful and inspiring royal palaces of France have become legendary around the world as the epitome of royal grandeur and extravagance during the Renaissance period. While the subsequent history of France may have exposed the dissonance between the royal wealth and the ordinary people of the country, the palaces that remain are treasures that any nation would be proud of.

If finding out more about these stunning French palaces has piqued your interest about acquiring a prestigious Noble Title of your own get in touch using the enquiry form in the sidebar or you can contact our Geneva office directly between 10.00-19.00, Monday to Friday on +41 225 181 360.