The Most Beautiful Royal Palaces of Europe

The royal palaces of Europe conjure up visions of vast wealth, extravagance and architectural splendour. Unlike the functional roles of defensive castles and keeps, palaces were designed for more refined purposes, such as sovereign celebrations, imperial pomp, supremely royal ostentation, and of course, pure pleasure.

With colossal budgets and king-size egos, it’s not surprising that each royal vision sought to be grander and more impressive than any palace before it. This resulted in an array of spectacular buildings, grounds and estates emerging across Europe, from the later Middle Ages to the periods of The Renaissance, The Enlightenment and beyond.

Many of these palaces were designed to impress with their scale and grandeur, but some also evoked awe and admiration due to their sheer beauty and elegance.

Here are some of the most visually stunning of Europe’s palaces, the exquisite regal residences that continue to inspire and enchant visitors from all over the world who come to marvel at these royally beautiful buildings.

While the Palace of Versailles tops the table as the World’s Largest Royal Domain, it is undoubtedly renowned as much for its breathtaking beauty as for its size.

The palace had a relatively humble beginning – originally a small, albeit grand, hunting lodge commissioned by King Louis XIII in 1624. This site was so beloved by the royal family, that in the following years it was developed into a beautiful chateau residence. On the death of his father, the château in Versailles, which was relatively modest by royal standards, was inherited by one of France’s most famously flamboyant and extravagant monarchs – the infamous Sun King, Louis XIV. With a penchant for spending as spectacular as his vision, King Louis XIV developed the complex with an extension and improvement programme that lasted for over 50 years and resulted in a grand palace that was the largest chateau in Europe.

In 1722, the new King, Louis XV designated Versailles as the new royal seat and moved his court and his government out of Paris into the new royal residence. The Palace of Versailles had become so vast and lavish that it even surpassed the grandeur and magnificence of the previous royal seat, the luxurious Louvre Palace in Paris.

The beauty of Versailles is unquestioned, and at the time of its construction, it was also completely unprecedented. With magnificent palace buildings, courtyards, gardens and grounds of which the world had never seen, Versailles has become a byword for the earthly splendour that can be created when backed by vision, passion, and a devotion to beauty, along with armies of workers and a seemingly unlimited royal purse.

Hofburg Palace was the imperial home of the legendary House of Hapsburg – the line of eminent Archdukes and Archduchesses that played a uniquely powerful role in Europe during the Middle Ages and Renaissance period. (They are also the family that gave the world one of its most infamous queens, Marie Antoinette.)

As befits such a monumentally wealthy and grand dynasty of influential rulers, this royal palace is a vast and awe-inspiring example of captivatingly beautiful medieval and Renaissance architecture.

This enormous palace complex is the result of seven centuries of royal improvements and additions, with the changing architectural styles sympathetically blended to create the exquisite vistas so greatly appreciated today.

This mesmerising imperial compound achieves the double triumph of being both large and beautiful, being one of the largest palaces in the world with an astonishing 2600 rooms. Despite its age, this Emperor’s palace is still very much alive and well in the 21st century, with millions of visitors, guests and state employees enjoying the elegance, beauty and refinement of Hofburg’s resplendent royal buildings.

Monaco may be more famous for its casino than its palace but the enchanting Prince’s Palace that graces the hilltop of Monte Carlo is undoubtedly one of the world’s most beautiful royal residences. 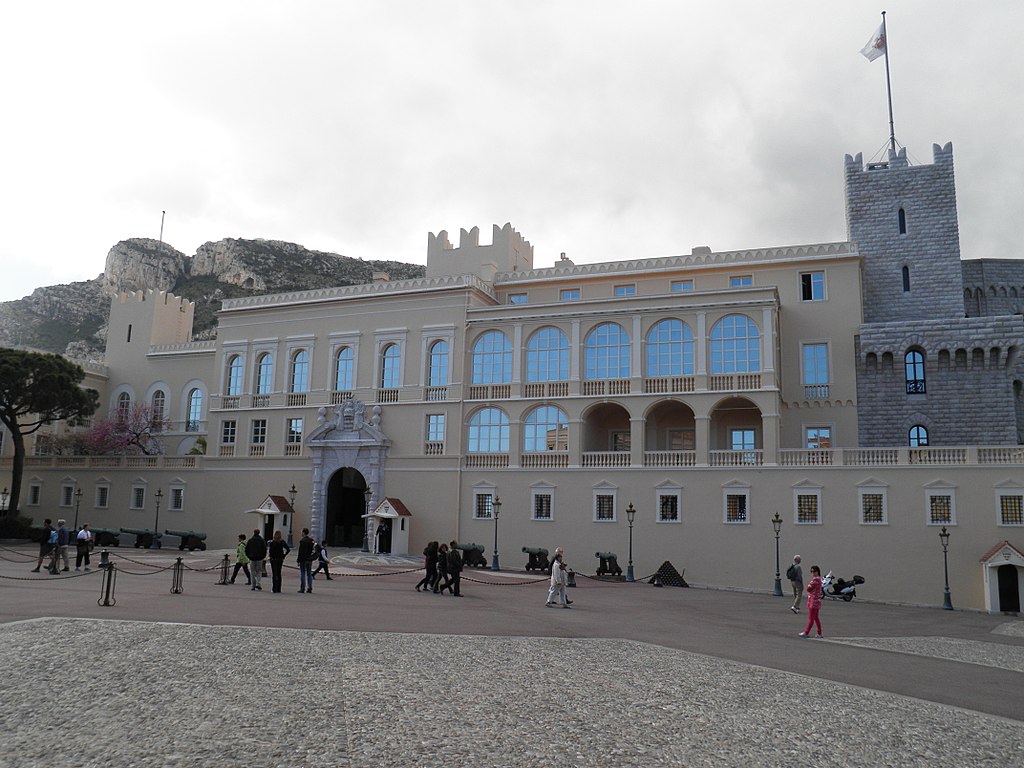 Mister No / CC BY

Much like the principality itself, Monaco’s Prince’s Palace is an example of charm and refinement on a relatively small scale. Compared to the vast palace complexes seen throughout the rest of Europe, this modestly-sized mansion is a fraction of grander palace proportions. Yet what it lacks in size, it makes up for in luxury and magnificence.

The palace itself is a vision of elegant peach and cream rendered stone, sitting resplendent against the backdrop of Monte Carlo’s green and verdant hills. The elegant simplicity of the facade gives way to a more ornate decor of intricate tableaus and architecture within the inner courtyard.

Situated on the idyllic coast between the French and Italian Rivieras, this beautiful palace enjoys perhaps one of the prettiest locations in the world. Its hilltop site offers stunning views of the billion-dollar yachts moored in Monte Carlo’s glittering seas, as well as the equally glittering wealthy residents and visitors who flock to Monaco’s legendary tax haven.

The uniformed carabiniers who march and parade in the immaculate palace forecourt on a daily basis are a dignified reminder of the palace’s turbulent history, stories of battles and bravery that belie the calm and serenity of the modern changing of the guard.

The legend of one of the world’s most beautiful and elegant princesses, Grace Kelly, also adds an air of elegance and old-world Hollywood glamour to this uniquely beautiful royal palace.

From the Riviera sunshine, to Austria’s capital city, to the idyllic countryside of Northern France, Europe has a wealth of spectacular royal palaces to choose from. The rich and diverse histories and cultures of these countries have left their mark on all their royal residences. So, whatever size, shape or architectural style you love the most, you’re sure to find an enchanting example within Europe’s supreme collection of beautiful palaces.

If these stunning royal residences have piqued your interest in acquiring your own prestigious Noble Title get in touch using the enquiry form in the sidebar or you can contact our Geneva office directly between 10.00-19.00, Monday to Friday on +41 225 181 360.