During the Middle Ages, the drama and politics played out most notably in the hubs of government, the royal courts and the palatial seats of imperial power. Yet the everyday stories of millions of medieval people, from all walks of life, were simultaneously carried out in the countrysides and villages of Europe. Fewer of these lives and stories may have made the history books, but the people and places of medieval times were carving their own paths through history.

Often these prosaic communities were centred around country manor houses and, in later years, vast estates that supported whole villages of employment and commerce. The grand estates of Europe that emerged from the Middle Ages each have a fascinating history of their own.

Perhaps their stories are not as legendary as the tales of kings and princes in the city castles, or the fearless warriors of famous fortresses. Yet these country folk and stately lifestyles bore their own charm and fascination. And behind the facades of elegance and propriety, no doubt they also had their fair share of scandal and intrigue, too.

Here are two of the great estates of Europe that managed to survive and even thrive during the Middle Ages, to become successful modern attractions and peaceful remnants of a more turbulent past.

The castle and gardens of the Chateau de Cordès estate are a vestige of quiet medieval grandeur. Situated in the Auvergne-Rhône-Alpes region of central France, this understated country idyll holds an esteemed place in the heart of French culture. The castle facade and its chapel are officially recognised as historic monuments, while the French Ministry of Culture ranks the elegant chateau grounds as one of the most remarkable gardens in the country, an honour granted to only three hundred gardens. 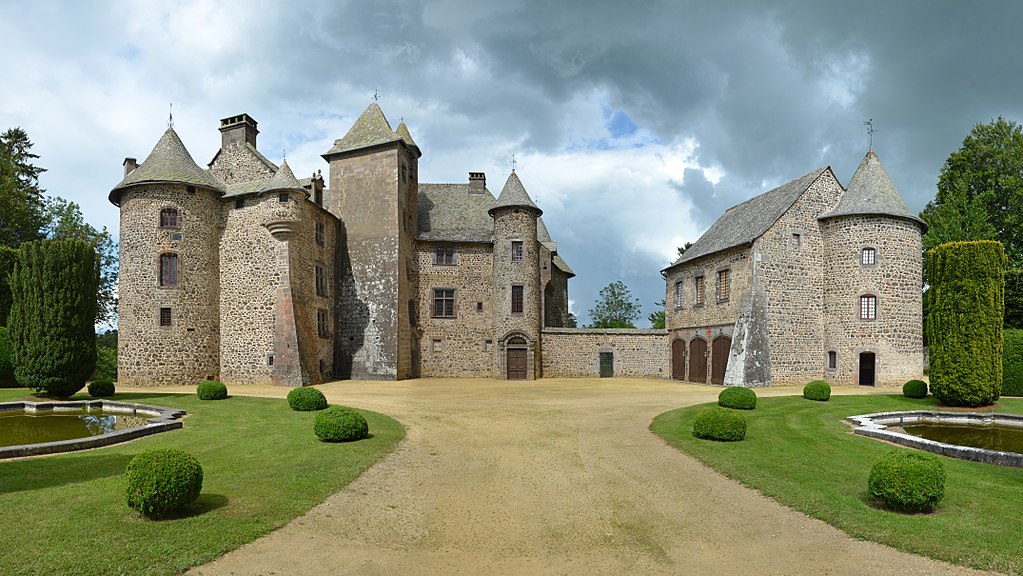 The castle itself dates from the 13th century and was held by the same family for nearly 400 years, and managed to survive the tumultuous Middle Ages relatively unscathed. Though it was rarely the target of the invasions or attacks that were rife during the medieval period, the owners were forced to 'demilitarise' the more defensive features of the castle in the 17th century. The remote location also served as a sanctuary for national archives during the Second World War.

The magnificent clipped hedges that the estate is renowned for were planted in 1695, the vision of the estate's owner Yves d'Allègre, the marquis d'Allegre, who later became a Marechal of France. His choice in the delegation of the project could explain the garden's enduring popularity, as he commissioned the illustrious landscape architect André Le Nôtre, the principal gardener of King Louis XIV and designer of the legendary gardens at the Palace of Versailles.

The beautiful gardens of this modest chateau are not only a centuries-old reminder of stately life in medieval France, they also stand strong and majestic as a 21st-century tourist attraction, welcoming a steady stream of castle and garden lovers from all over France and beyond.

Strolling through its tranquil grounds in this rural French idyll, wandering among the boxwood hedges, pruned yew trees, beeches and hornbeams, some towering over 5 metres high, you would be forgiven for thinking that this grand estate from ancient times has aged extremely well. It may even now be more beautiful than ever.

Situated in a picturesque corner of the Yorkshire countryside in the North of England, the beautiful Studley Estate is another tranquil memento of medieval life. However, things have not always been so peaceful within the grounds of Studley Royal. 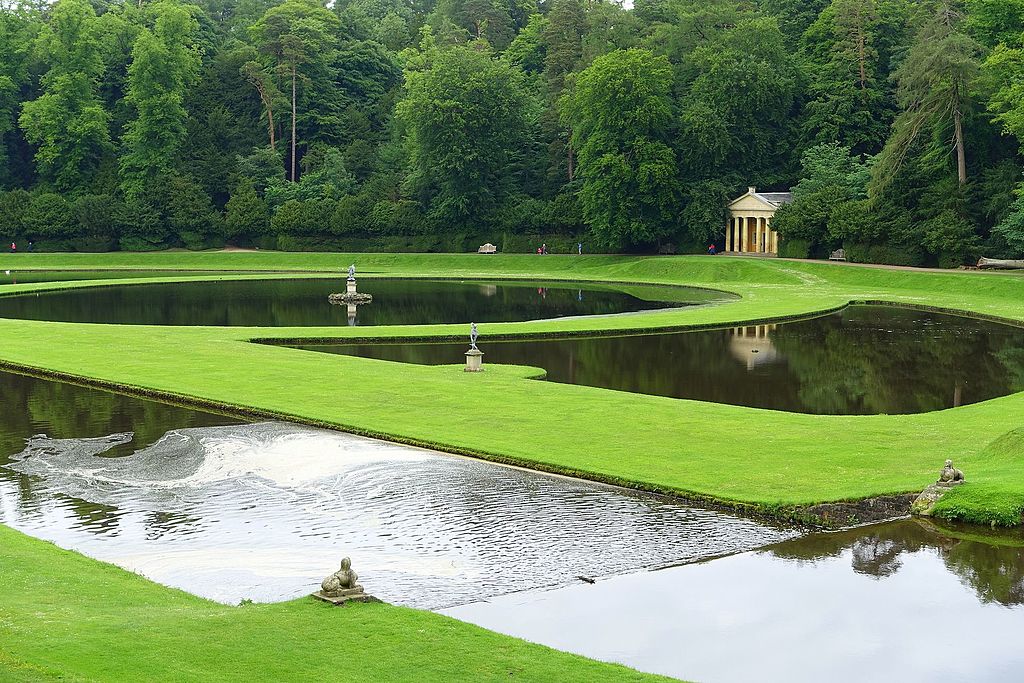 Towards the end of the medieval period, Studley Estate was the home to a family of prominent politicians. Its most influential owner during the period was John Aislabie who inherited the estate in 1693 and went onto become the Chancellor of the Exchequer  – one of the highest positions in the British Government. After his political career turned sour, John Aislabie retreated to his picturesque Yorkshire estate and turned his attention to the development of what is today one of Europe’s finest landscaped water gardens.

Within the grounds of the 800-acre estate stand the remains of a 12th-century Cistercian monastery which fell victim to King Henry VIII’s campaign against the Church in 1539. Over the centuries that followed, the monastery buildings perished, though a considerable ruins structure still stands proudly on the site today. The stories of the families that have presided over the estate in the intervening years have also been as dramatic as the site itself, with tales of scandal, ruin, and devastating loss, yet their legacy has ultimately been one of vision, devotion, and innovation.

After the grand Aislabie home was lost to fire, the only remaining residential structure was Fountains Hall, a pretty Jacobean mansion that was built in the late 16th century, its structure incorporating some of the stones from the abbey ruins nearby. Today the Hall forms a fascinating mini-museum, with exhibits illustrating the story of Studley life through the ages, complete with paintings, books and costumes from the various periods.

Today, the Hall, the ancient mill, the water garden, deer park and magnificent abbey ruins belong to the UK organisation dedicated to historic preservation and enjoyment, The National Trust. The site has also been recognised as a UNESCO World Heritage Site and sits on the outskirts of Yorkshire's famous Nidderdale region, an area noted for its breathtaking rural vistas and classified as an Area Of Outstanding Natural Beauty.

Though the most legendary events of the Middle Ages may have occurred on battlefields and within castle walls, the stories of the quieter places and simpler lives can be just as fascinating and alluring as the famous history and high drama. And it is perhaps precisely because they played a quieter role during the tumultuous centuries of Europe’s evolution that some of these grand estates have survived to not only share their histories in modern times, but also to provide genteel and beautiful places to visit and explore.

If these stunning estates have made you wonder about acquiring your own prestigious Noble Title get in touch using the enquiry form in the sidebar or you can contact our Geneva office directly between 10.00-19.00, Monday to Friday on +41 225 181 360.