Even though the castles of old were originally built as fortresses, the idea of castles often evokes a world of fairytale, fantasy and splendour.

With their impressive grounds, stunning architecture, vast interiors, and dazzling imagery, as well as fascinating histories of their own, it’s little wonder that filmmakers so often turn to castles as the backdrops for their tales and stories.

The various regions of France are home to some of the oldest, and undoubtedly, some of the most beautiful castles of Europe. These magnificent châteaux have drawn filmmakers to their ancient walls since the dawn of cinematic history, with scores of movies being set or filmed in France’s castles and palaces from the turn of the 20th century.

The following are some of the most famous French castles that have played a supporting, or sometimes a starring role in the films of the last hundred years. 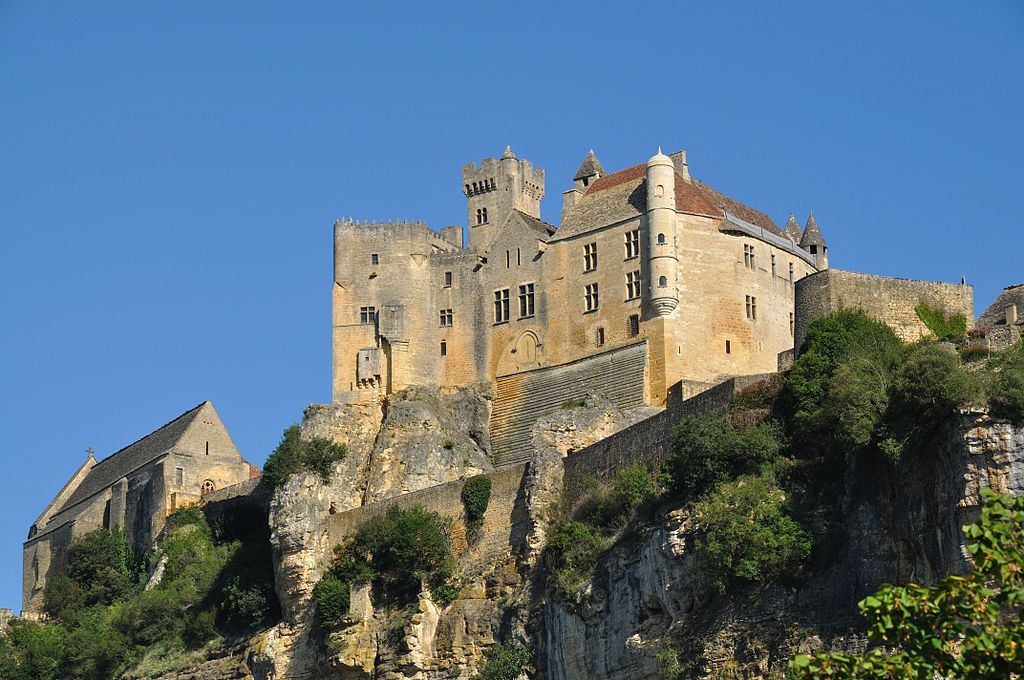 This beautiful medieval fortress, perched high on the cliffs overlooking the Perigord region of the Dordogne, is one of the more imposing French châteaux. Featuring a sheer cliff face on one side, as well as double crenellated walls, double moats, watchtowers, a windowless keep, a double barbican and a deepened natural ravine, there’s no doubt of this château’s fortress history. It stands as an austere reminder of the role buildings played in defence and protection during the Middle Ages.

With an impressive nine centuries of history accompanying its visual grandeur, the Château de Beynac has been the location of choice for a number of prominent filmmakers.

Luc Besson, the iconic director and producer of hits such as The Fifth Element, Leon, Nikita, Subway, and the Taken trilogy, chose the château as the location for his award-winning 1998 film, The Messenger. The fortified castle formed the backdrop to the story of Jeanne D’Arc (Joan of Arc), with Milla Jovovich playing the legendary French heroine.

Movie lovers may also recognise the streets of Beynac below the imposing château, as the village was used during the much loved 2000 film, Chocolat, starring Johnny Depp and Juliette Binoche. 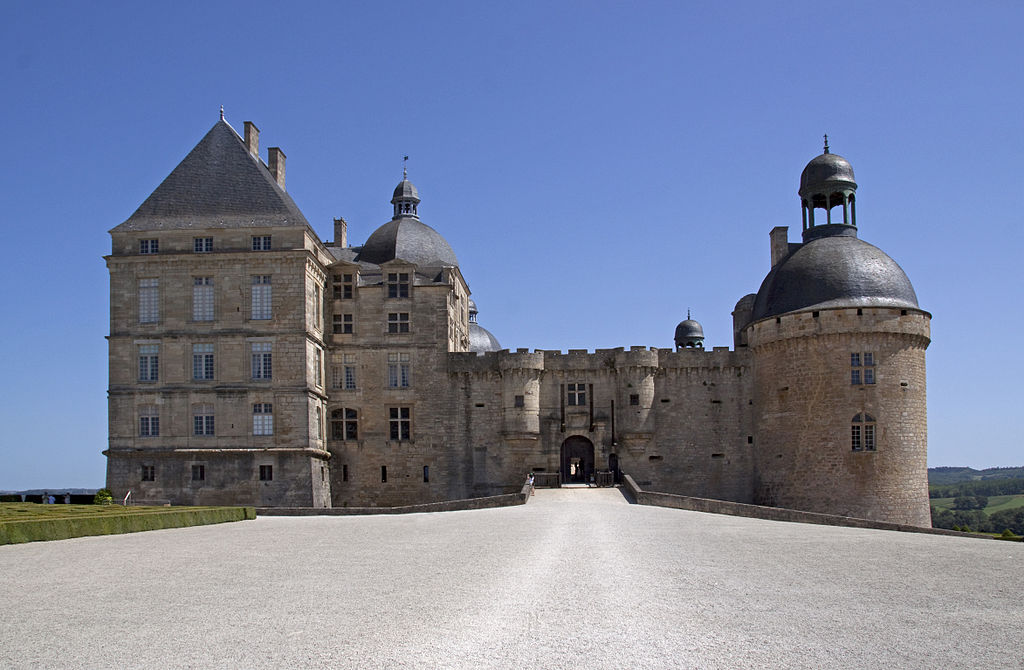 The charming Château de Hautefort is one of France’s oldest castles, dating back to approximately 1000 AD, when it was the ancestral home to one of the thirty knights of the First Crusade.

As its name suggests, the castle was originally a fort, however, it was reconstructed in the 17th century and embellished with a magnificent formal garden in the style of the jardin à la française.

The château lived up to its fairytale appeal when it was used during the filming of Ever After, the 1999 retelling of the Cinderella story, starring Drew Barrymore and Angelica Huston. In the film, Château de Hautefort played home to the King and Queen of France, the parents of the modern-day Cinderella’s paramour, Prince Henry.

The 1966 mystery/horror film Eye of the Devil was also filmed at the Château de Hautefort. The film, which was initially titled Thirteen, starred David Niven and Deborah Kerr, with Sharon Tate representing the darker side of fairytales in her role as the beautiful witch. 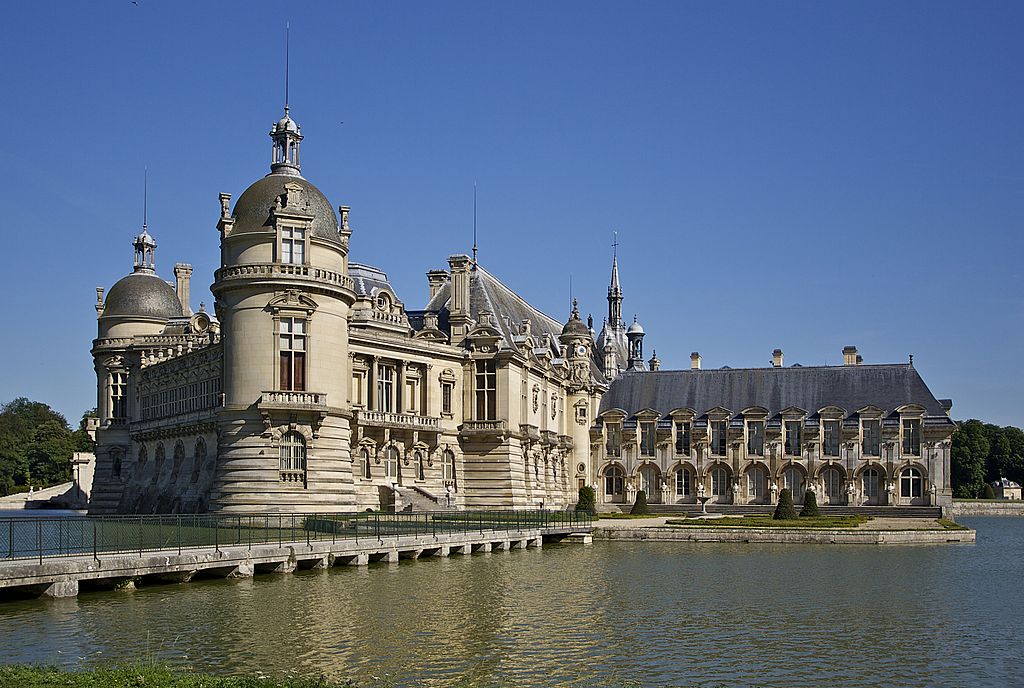 The picturesque Château de Chantilly dates back to the 16th-century, and despite being partially destroyed during the French Revolution of 1789, it stands proudly today as one of France’s finest historic buildings.

The castle has been the setting for a whole host of modern media appearances, from video games (Battlefield) to rock concerts (Pink Floyd), even a celebrity wedding (the Brazilian footballer Ronaldo held his wedding here in 2005).

The château’s most illustrious claim to movie fame is its role in the 1985 James Bond film, A View To A Kill. In his final appearance as James Bond, Roger Moore visits his arch-enemy, Max Zorin (played by Christopher Walken) at his vast French estate, set in and around the cinematic splendour of the Château de Chantilly.

This location was also one of a number of châteaux used in Sofia Coppola’s stunning retelling of Marie Antoinette. 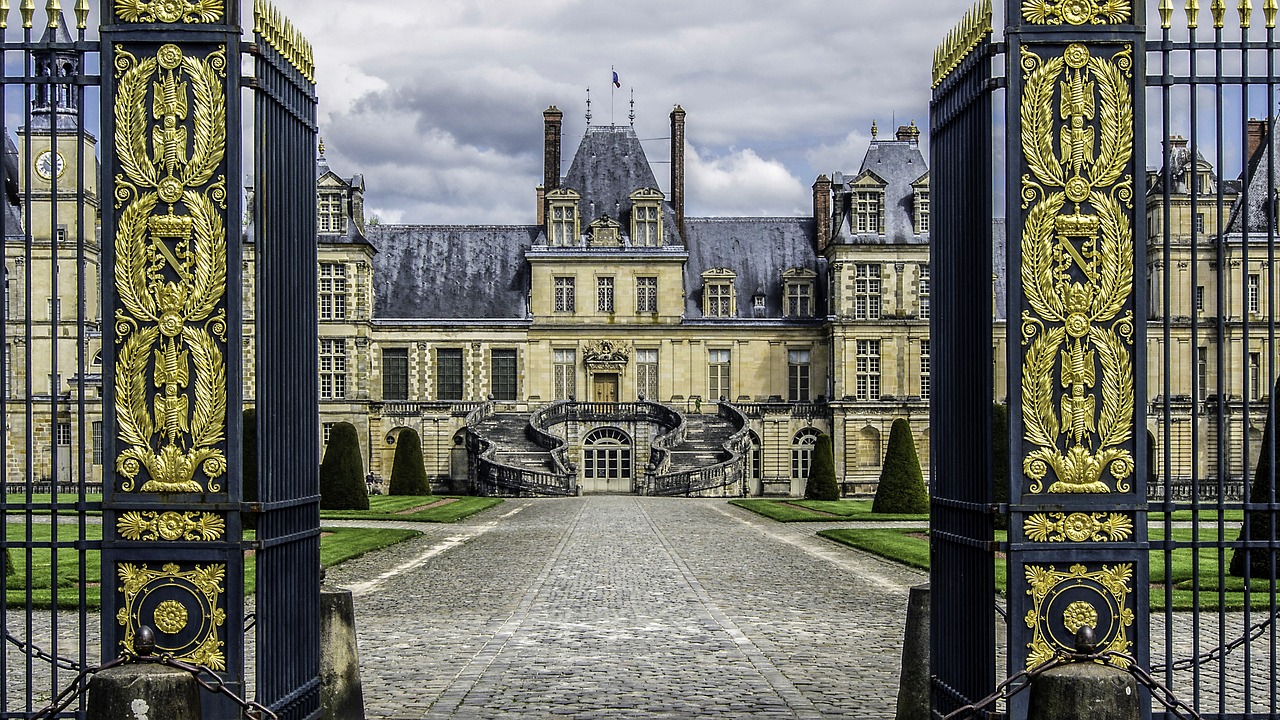 The Royal Château of Fontainebleau was described by Napoleon as “The true home of kings, the house of ages.” The château, originally a 12th-century fortified castle, evolved over the centuries to become one of France’s most spectacular royal palaces, a favourite residence of many Kings of France, from Louis Vii to Napoleon III.

The castle/palace, which has been continuously inhabited for over 700 years, has been a popular choice for movie-makers over the last century.

Chateau Fontainebleau was one of the locations for the 1998 star-studded retelling of Alexandre Dumas’s famous swashbuckling D’Artagnan musketeers, The Man In The Iron Mask. The Hollywood hotlist sharing the stage with the legendary location included Leonardo DiCaprio, Jeremy Irons, John Malkovich, Gérard Depardieu, and Gabriel Byrne.

The château was also the location for the French films Napoleon in 1955, and La Marseillaise in 1938. Possibly one of the first feature films to be set here was the 1925 Gloria Swanson film, Madame Sans-Gêne.

Although the old castles of France were built primarily to protect, the famous French aesthetic, as well as the elegant classical updates over the centuries, make the châteaux of France a popular choice for filmmakers, as well as artists, photographers, poets and novelists.

Their rich history and ancient charm endures and serves to attract not only the creatives of the ages, but also thousands of admiring tourists and visitors, there simply to admire and enjoy the beauty and grandeur of these inspiring locations.

If these famous French castles have piqued your interest in acquiring your own prestigious Noble Title get in touch using the enquiry form in the sidebar or you can contact our Geneva office directly between 10.00-19.00, Monday to Friday on +41 225 181 360.