The Most Scandalous Queen Of France

The queens of France throughout the ages have provided the history books and their contemporaries with a rich array of delightful stories and captivating legends.

The monarchy of France was one of the most famous and enduring European monarchies. So it’s not surprising that the queens and queen consorts at the center of such an infamous royal court would be significant players in the dramas of French royalty.

For some of these remarkable French queens, their infamy peaked during their lifetimes, perhaps being famous among their people and their own era, yet their stories lost to the mists of time.

There are some queens of France, however, who left an indelible mark on the history of their nations, and even the world beyond the French borders.

While some of France’s beloved queens were renowned for their redeeming features – virtues such as beauty, piety, generosity or courage – there were other regal legends whose infamy was much more salacious.

Among the numerous infamous or scandalous queens of France, there is one that has endured as a famous legend around the world, and the epitome of royal misadventure.

Marie Antoinette – The Most Scandalous Queen of France

In terms of tarnished legend and infamy, Marie Antoinette must be the top contender for the most scandalous of French queens. 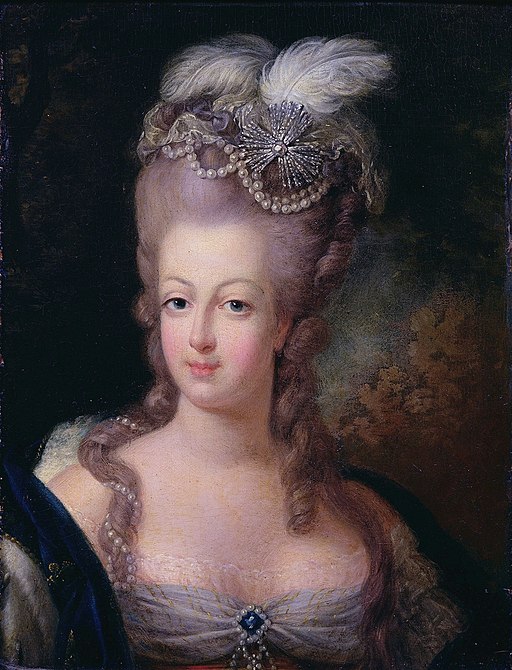 For many, she was both the cause and the symbol of the French Revolution, epitomizing all that the starving peasants believed was wrong with the social structure that created such an intolerable imbalance between rich and poor.

Born into Austrian royalty and raised in enormous wealth, Marie Antoinette was a lady with rich tastes.  These preferences were reportedly indulged without restraint when she became the Queen consort of France as a result of her marriage to the King of France, Louis XVI.

The quote most commonly attributed to the famous French queen is the comment widely regarded as the words that incited the French Revolution and its furious mobs of peasant workers. For centuries, the words; Let them eat cake! was the scandalous response allegedly uttered by the queen when informed that her people had no bread.

The accuracy of this quote being attributed to Marie Antoinette has come under question in recent years. The exact words were believed to have been; Let them eat brioche, rather than cake – brioche being a type of sweet loaf popular in France.

It does sound likely that the queen of France would allude to a common food of her countrymen and women, yet perhaps it was less catchy and shocking than the suggestion that the poor people of France solve their lack of bread simply by eating more of the expensive culinary sweets that Marie Antoinette would have been used to.

It’s also believed that, whatever the precise wording of the phrase, it may not even have been Marie Antoinette who spoke those infamous words. Historians now believe that the quote predates the days of the revolution, possibly even predating Marie Antoinette’s arrival in France.

Whatever her exact words in response to the plight of her nation’s poor, there was no doubt, either at the time or in the centuries since, that Marie Antoinette enjoyed a rich and lavish lifestyle.

During her reign as Queen Consort, she was the epitome of regal glamor and decadence, setting the trends and fashions for the ladies of the French courts, as well as those in high society and the aspiring middle classes.

For the women who could afford to follow the styles and fashions of the day, Marie Antoinette was the figure they all looked to for the latest in finery and luxury.

Yeyond matters of fashion and beauty, Marie Antoinette was also the trendsetter for food, banquets, lavish parties and vast celebrations – events that could last for days, featuring scenes of opulence and extravagance that were shocking even to the wealthy royals and nobles of the day.

There’s little doubt that Marie Antoinette enjoyed her wealth, and as the highly public epitome of royal excess, it’s perhaps not surprising that she also became the famous figure of public ridicule and discontent among the hungry masses of French peasants.

Marie Antoinette may have lived at a pivotal moment in the history of France’s monarchy, and indeed in the faltering social structures of the larger world.

Fate placed her at the head of the royal household at a time when an uprising was imminent. Whether Marie Antoinette’s spending habits or casual dismissal of the poor were the true catalysts of the French Revolution may never be known.

What is certain is that her death was at least as scandalous as her life, perhaps even more so. For a reigning sovereign to be executed in such humbled and demeaning circumstances at the hands of their own people was surely the greatest scandal of Marie Antoinette’s life story.

The ignoble end to the reign of the ill-fated King Louis XVI and his Austrian bride has become the stuff of legend, perhaps one of the most famous stories of European history. It’s certainly one of the most enduring and widely known tales of royal scandal.

It’s likely that many of the shocking revelations and scandalous stories about Marie Antoinette paint a controversial picture that may be very different to the truth of the real woman behind the French throne.

During her lifetime, her position, influence, and even her wealth, led to numerous enemies and detractors. While the angry mob may have been the driving force behind her execution, she also faced animosity and dissent from those higher up the social orders of the time.

In contrast to her reputation as a spendthrift and party lover, it’s believed that Marie Antoinette was a strong and courageous character, perhaps even possessing more boldness and fortitude than her husband the king.

Yet in 18th century France, during such political instability, these qualities may have been unpopular attributes in a woman, even more so a queen.

While the true nature of Marie Antoinette’s life and personality may forever be up for debate, her legend is assured as the infamous icon of the French Revolution and the most scandalous queen of France.

If learning about this scandalous French queen has made you interested in acquiring a prestigious Noble Title of your own get in touch using the enquiry form in the sidebar or you can contact our Geneva office directly between 10.00-19.00, Monday to Friday on +41 225 181 360.