The 3 Most Beautiful Royal Palaces in India

India is rich with colour and history, with a fascinating past that still lives on in the country’s buildings and architecture. Nowhere is this rich history more evident than in the exquisite and lavish royal palaces that still captivate and delight locals and visitors alike, some many centuries after they were first built.

Although the most famous building in India is undoubtedly the Taj Mahal – which many smitten visitors claim as the most beautiful building in India, if not the world – it is not a palace, but rather a mausoleum, built in the 17th century as a gift of love from the Emperor Shah Jahan to be the final resting place for his beloved wife.

But in the centuries since the exquisite and inspiring Taj Mahal captured the imagination of India’s rulers and their architects, the country has accumulated some 80 palaces to rival its beauty and magnificence. Given the diverse and tumultuous history of the country’s royal leaders and their territories – along with their spectacular wealth – today India can boast a breathtaking collection of beautiful royal palaces, lavish and opulent legacies that have endured and survived the changing tides of political power and cultural upheavals.

While the position of ‘most beautiful’ lies in the eye of the beholder, here are three of the most impressive and magnificent royal palaces in the uniquely magical country that is India. 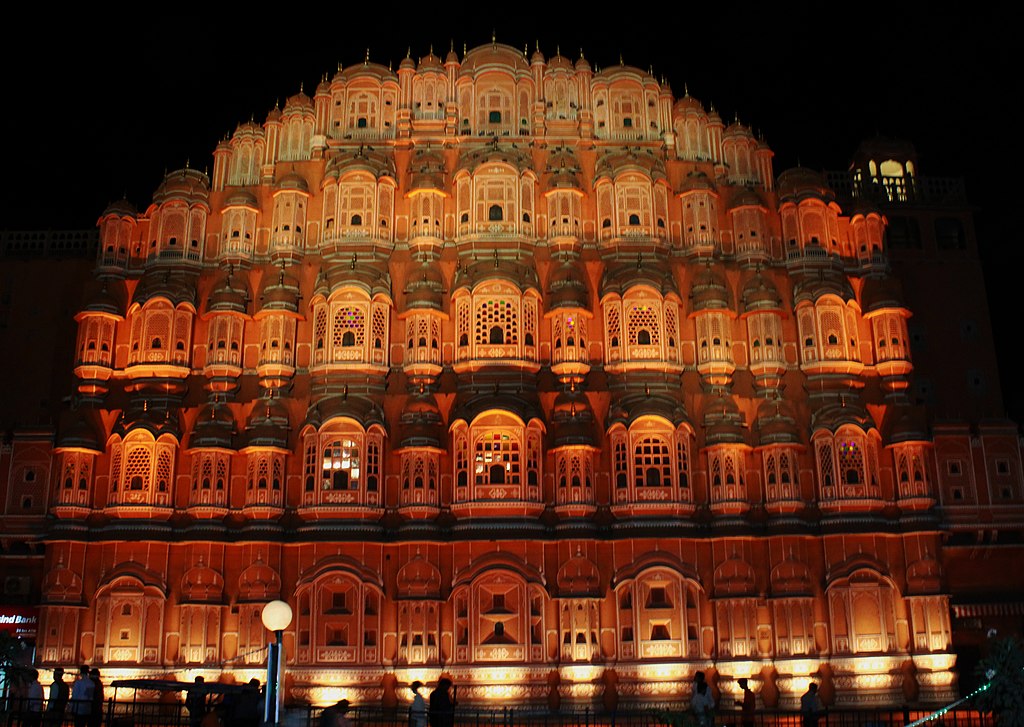 In the bustling city of Jaipur in Western India, stands a spectacular monument to the royal history of the region – the magnificent Hawa Mahal.

Nicknamed ‘The Pink Palace’ after the colour of its stone, this exquisite building was originally named after its primary purpose – to keep the royal ladies cool in the city heat. Hawa Mahal translates as The Palace of the Winds, or The Palace of Breezes, and its intricate architecture may be breathtakingly beautiful but is also highly functional. The building was designated as a royal residence that enabled the Maharajah’s womenfolk to enjoy the epitome of city-centre comfort and luxury, as the design of the building and its windows allowed for cooling breezes to flow throughout its rooms.

For all its splendour and magnificence, this beautiful palace also provided another important function, enabling the women of the royal residence to view the daily life of the city from their private vantage point, hidden behind the palace windows. This was in accordance with the Indian custom of purdah, which prohibited women from being seen openly and freely in public spaces. Yet, from within their breezy palatial rooms, they could enjoy their vantage point, watching Jaipur’s festivals and activities whilst perfectly screened from observers below.

A relatively recent addition to India’s treasure trove of stunning palaces, the Laxmi Vilas Mahal Palace in Gujarat, Western India, was completed in 1890. This palace bears structural echoes of India’s colonial past, with the many European influences on display, no doubt the legacy of the British architect Major Charles Mant, who is credited as the palace’s original designer, though the project was completed by fellow Brit Robert Fellowes Chisholm, after Many sadly succumbed to the mental pressure of the project and took his own life.

Alleged to be four times the size of the Queen of England’s home, Buckingham Palace, Laxmi Vilas Mahal certainly is vast and undeniably impressive. Yet its imperial splendour and majestic domes and turrets lend the building a fairy-tale charm, one that appeals to a great many visitors and tourists who have flocked to the 500-acre compound since it was opened to the public in the 1990s. And while the exterior is mesmerising, the interior has maintained an equally enchanting impression, with its fabulous great halls and intricate carvings telling the story of India’s rich royal heritage. Today, this striking and majestic palace forms the backdrop to a golf course, providing what must surely be some of the world’s most stunning golfing views. 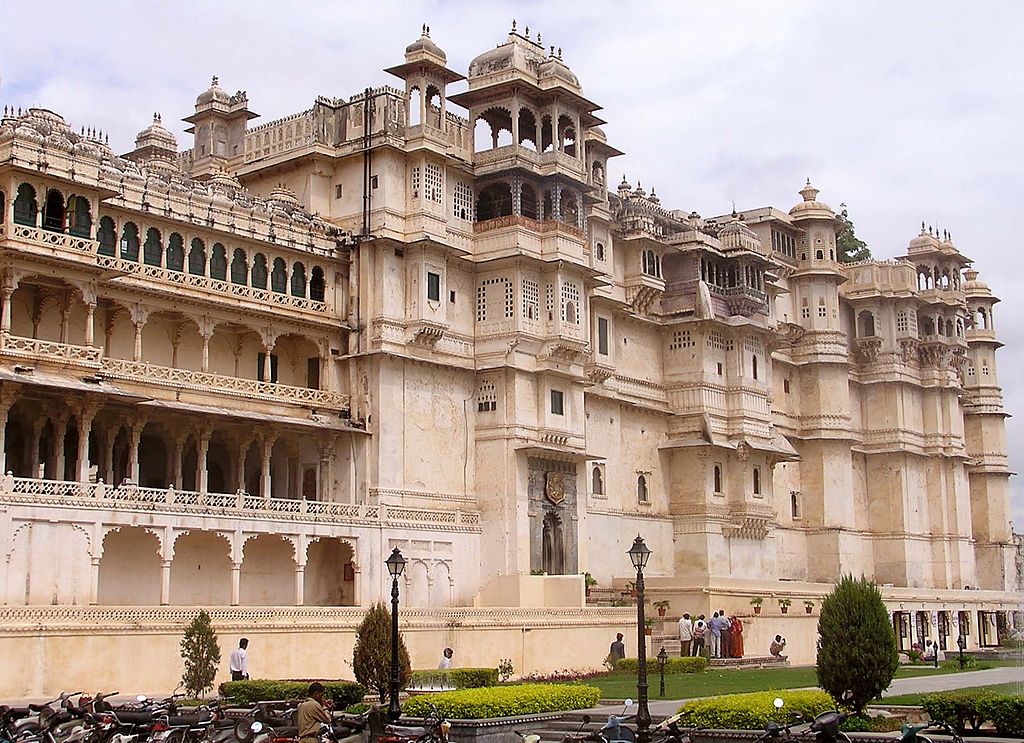 As its name suggests, the crown jewel of Udaipur is a city-centre palace complex. This fabulous royal residence dates back to the establishment of the city itself in the 16th century. Not surprisingly, the most prominent architectural gem in ‘The City of Lakes’ takes pride of place in its lakeside splendour – gracing the banks of one of the seven picturesque lakes that surround the city. The varying light and colour of Indian skies create an ever-changing tapestry of picturesque reflections in the lake’s surface, adding to the visual splendour of this beautiful palace.

City Palace began as the home of a 16th-century Maharana, and has been updated, expanded and developed by his successors over the centuries since, with each royal custodian updating and enriching its architectural narrative and splendour. While both the city and its royal inhabitants have witnessed changing fortunes and shifting power, the City Palace complex endures as a lasting testimony to regal magnificence and timeless Indian architecture.

The palace also secured its legendary status in postmodern culture when it was one of the locations chosen to play host to James Bond’s adventures in the 1983 film, Octopussy. And whether its appeal lies in its lakeside position, its intricate stonework or the beautiful muted colours reminiscent of the famous Taj Mahal, Udaipur’s City Palace is still undoubtedly one of India’s finest architectural attractions.

These magnificent specimens of India’s royal palaces are just a handful of the dozens of exquisite buildings that tell the stories of the country’s royal families. While they may have been built primarily as testaments to extraordinary wealth and power, they possess an almost spiritual beauty that delights the heart and enriches the soul, even to this day.

If learning about these stunning palaces has made you curious about acquiring a prestigious Noble Title of your own get in touch using the enquiry form in the sidebar or you can contact our Geneva office directly between 10.00-19.00, Monday to Friday on +41 225 181 360.