Is there anywhere in the world that sums up the opulence and grandeur of royal life more than the palaces of India?

Boasting over eighty palaces and palatial royal retreats, India’s wealth of regal residences are the result of centuries of dynastic development and generational cultivation. With so many exquisite venues to visit across this fascinating country, it can be hard to choose where to begin.

So, if you would like to plan a visit to these historic beauties, or maybe just dream of living in one of them, here is a short guide to some of the most beautiful and spectacular of India’s famous palaces. 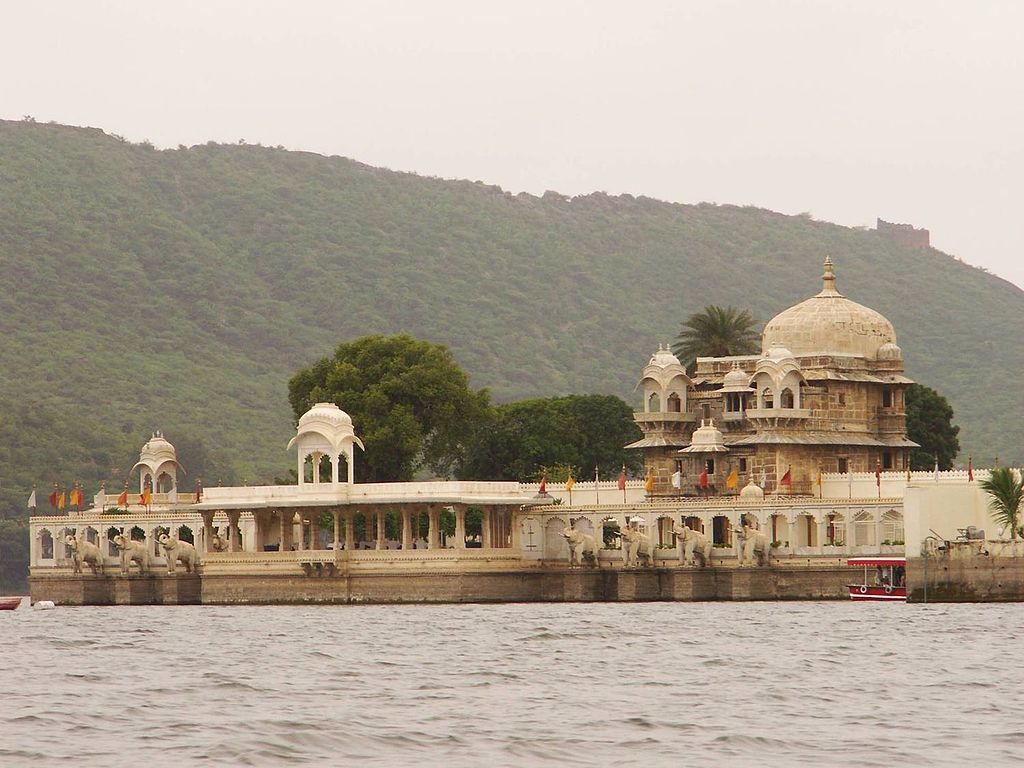 Situated on an island in Udaipur's Lake Pichola, this stunning palace is the combined efforts of no less than three Maharanas, and was used as a summer resort and pleasure palace for generations of Indian royals and their guests.

The credentials of this opulent 17th-century island idyll were sealed when it played host to the wedding of billionaire bachelor Sanjay Hinduja and his fashion designer bride Anu Mahtani in 2015, in a blaze of publicity and Bollywood style grandeur.

The success of Jagmandir Island Palace is due to the skill of the HRH Hotel Group that owns this and a number of other royal retreats throughout India, including Gorbandh Palace in Jaisalmer and Fateh Bagh in Ranakpur, luxurious resorts that boast rooms and facilities fit for even the most demanding VIP. This multi-award winning hotel group is owned and run by none other than the Mewar royal family themselves, with the head of the Mewar dynasty Shriji Arvind Singh Mewar heading the company, with his only son Lakshyaraj Singh Mewar managing the business alongside him.

The Jagmandir Island Palace and its sister resorts are truly stunning examples of palatial luxury and a uniquely Indian regal life.

The proud heritage of Chowmahalla Palace is its role of official residence to their Exalted Highnesses, the Nizams of Hyderabad – the royal rulers of Hyderabad state from 1724 to 1948. 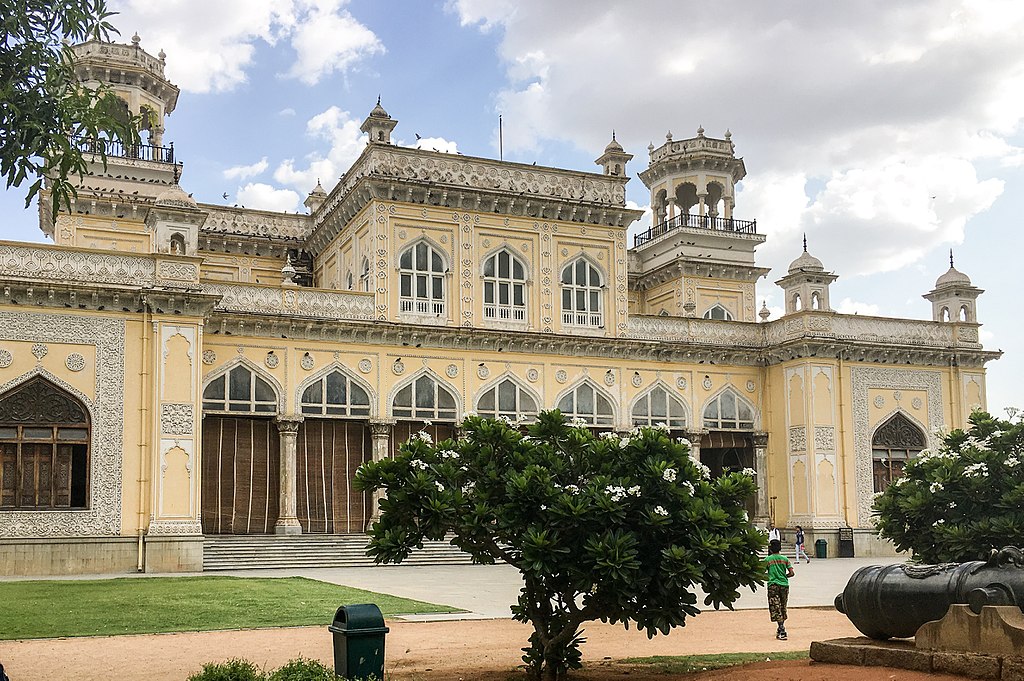 Today the palace is the property of Mukarram Jah, who maintains the nominal title of Nizam after the royal status was abolished in the 1950s. Yet the building retains much of the majestic legacy from its esteemed role in the history of India's monarchy.

The name Chowmahalla originates from the various Indian words for four (char, chahar, chow) and palace (mahal). The four original royal palaces are to be found in the oldest of the two courtyards, the Southern Courtyard. While this part of the palace may boast the most history and longevity, it is the Khilwat Mubarak or Durbar Hall in the Northern Courtyard that represents the most regal grandeur. This magnificent pillared hall is home to the Takht-e-Nishan, a majestic royal seat laid on a vast platform of creamy white marble, illuminated by nineteen sparkling crystal chandeliers.

Although no longer employed in the official royal ceremonies, Chowmahalla Palace remains today a breathtaking example of India's royal heritage, thanks in no small part to the careful restoration work by the Indian Government which was recognised by UNESCO in 2010 for its cultural heritage conservation.

A mesmerising vision of ornate stucco carvings, Mughal style arches and domes, and beautiful fountain park and pool, Chowmahalla Palace is an undoubted jewel in India's crown, and an enchanting home to some of its most fascinating history.

Bangalore Palace is a relatively modern addition to India's palace collection. Its construction began in 1874, yet it's Tudor Revival architecture echoes more historic legacies. The palace is believed to have been modelled on the famous Windsor Castle, England's most ancient residential castle that claims over a thousand years of history. 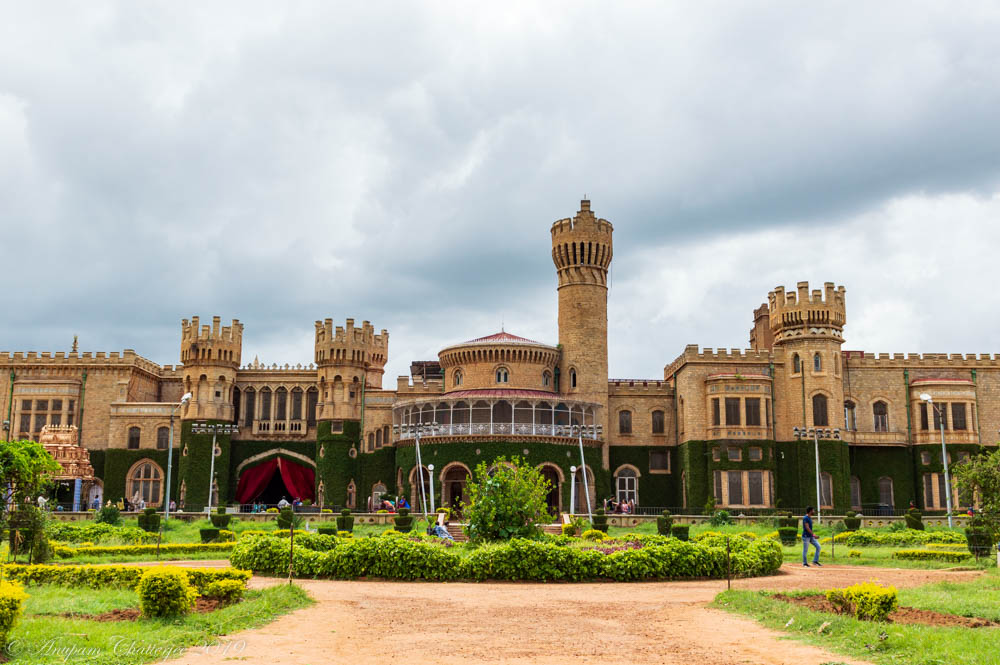 With its castellated turrets and exquisite gardens, Bangalore Palace hints at a distinctly British influence, which is unsurprising as much of the construction work was carried out during the early years of the British Raj, when many Indian subjects were fiercely loyal to the Empress of India, Queen Victoria.

While the palace may have been inspired by British royalty, it was intended to be the home of the young Indian Maharaja, Chamarajendra Wadiyar 10 during his education and preparation for royal life. As befits a royal residence, Bangalore Palace is an exquisite blend of Indian and British opulence and grandeur. One of the gems of this beautiful palace is the tiled courtyard, where the colourful tiles used are reputed to be a gift from the King of Spain who fell in love with the courtyard as it reminded him of his Spanish home. With landscaping by the esteemed horticulturist Gustav Hermann Krumbiegel, the grounds and gardens are a lush oasis in the heart of Bangalore city.

Today the palace is hugely popular with both local and international visitors. It has also been particularly successful as a venue for music concerts, with many legendary rock stars and bands playing here, including Elton John, The Rolling Stones, The Black Eyed Peas and The Backstreet Boys. The palace grounds also host two much-loved amusement parks; Fun World is a family-friendly collection of joyrides and activities for children, while Snow City promises over 12,000 square feet of snow and subzero temperatures, which can provide a welcome respite from the blazing Bangalore sunshine.

The palaces of India are undoubtedly extravagant symbols of extreme wealth and luxury, yet these beautiful venues attract thousands of visitors from all around the world, boosting the nation’s economy with tourism and luxury travel aficionados. So, in their own way,  these vestiges of ancient royalty uphold the great Indian tradition of supporting the country’s people in numerous ways.

And with many of these architectural delights now open to guests for dining, overnight stays or wedding celebrations, you may even get the opportunity to live like the wealthiest Indian royals, even if only for a night or two.

If these stunning Indian palaces have piqued your interest in acquiring your own prestigious Noble Title get in touch using the enquiry form in the sidebar or you can contact our Geneva office directly between 10.00-19.00, Monday to Friday on +41 225 181 360.