The Medieval period of European history is one of the most fascinating stories of the development of the modern world.

The medieval period, also called the Middle Ages, is generally regarded to be the era between the Roman times and the Renaissance, encompassing the centuries from the 5th century up to around the 14th or 15th century.

During the millennium of the medieval era, the various kingdoms and empires of Europe began to evolve and emerge into defined territories with distinct boundaries that separated one country from another.

These blossoming nations were often characterized by their own language, culture and identity. One of the defining characteristics of the medieval nations was its ruler, usually a king or a queen, though there were occasionally alternatives such as an emperor or empress, Archdukes, Granddukes or Crowned Princes.

As these monarchies developed during the Middle Ages, those on the throne would become renowned throughout their kingdoms. Individual kings and queens would become famous, both in their own domains, and often throughout the wider world, as news of royal events and scandals would be carried abroad by travelers, the military, or merchants.

Here are two of the most renowned or legendary medieval queens of history, those whose names and life stories stand out as infamous or fabled tales from the tumultuous years of the Middle Ages.

Isabella I of Castille 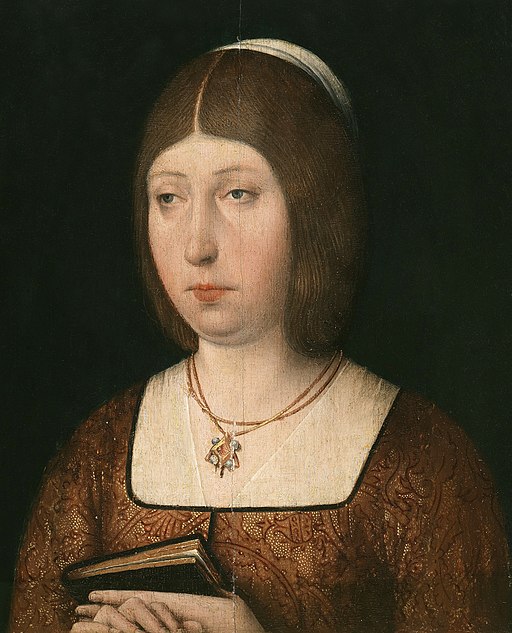 Queen Isabella I is undoubtedly one of the most legendary medieval queens. She is credited with ushering in the new Golden Age that Spain enjoyed as a result of the prosperous expansion of the Spanish empire around the world in the 15th and 16th centuries.

Queen Isabella is also held to be the medieval queen responsible for restoring Spain to its former glory and harmony, prior to the reign of her elder brother King Henry IV of Castille.

The two siblings were at odds for the throne and the governance of the kingdom of Spain, so much so that a civil war was waged in a bid to see Queen Isabella in her rightful place on the Spanish throne.

Once she had secured her role as Queen of Castile, along with her marital alliance with Ferdinand V, King of Aragon, this pioneering medieval queen was a driving force behind the exploits of Christopher Columbus in discovering the New World.

While Queen Isabella and King Ferdinand became renowned throughout medieval history for less favorable endeavors, such as the Spanish Inquisition, the couple secured their place in legend even further as the parents of Catherine of Aragon, the ill-fated first wife of King Henry VIII of England.

Their daughter would become one of the most famous Spanish princesses of history for the role she played in King Henry VIII’s infamous split from the Roman Catholic Church over his desire to remarry the young Anne Boleyn.

As a powerful and historic figure in her own right, Queen Isabella was one of the most legendary queens of the Middle Ages for her impact and influence around the world, as well as her connections to the tumultuous events of the time. 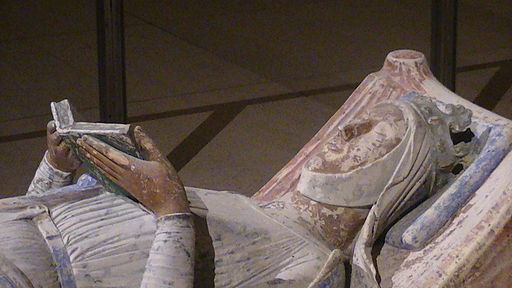 Effigy of Eleanor of Aquitaine in the church of Fontevraud Abbey –Adam Bishop, CC BY-SA 3.0, via Wikimedia Commons

Eleanor of Aquitane was another iconic medieval queen, one who enjoyed the historic honor of reigning over two great nations of the Middle Ages, her native France and the English kingdom across the channel.

Eleanor was born Duchess of Aquitaine, an heiress to the vast Aquitaine region of France and the enormous wealth that accompanied the duchy. As such an esteemed heiress, it’s not surprising that her hand in marriage was highly prized and sought after. The ultimate victor for one of the most eligible duchesses of the Middle Ages was the son of the King of France, who would become King Louis VI just a few weeks after the wedding.

In her role as Queen of France, Eleanor was destined for a place in medieval history, yet her story would contain a number of twists that elevated her story beyond that of the majority of medieval queens.

Perhaps most controversially for the period, Queen Eleanor was an active participant in the Christina Crusades of the 12th century, along with her band of female warriors. Her presence during the Crusade may have evoked both admiration and consternation, though it’s debatable precisely how close the courageous medieval queen and her army of women ever got to the sites of conflict.

Regardless of her precise role in the legendary Crusades, Queen Eleanor had established her place in medieval history and secured her reputation as a force to be reckoned with.

This pioneering spirit would ultimately spell the end of her marriage to the King of France, which paved the way for the next phase of her historic life story. After the annulment of her marriage, Queen Eleanor wed her third cousin, Henry, who would become King of England within a couple of years of the wedding.

Eleanor of Aquitaine assumed her second role as a medieval queen – the new Queen of England in 1154. While this second marriage would produce more heirs than her first, it was also destined to end in misadventure. Queen Eleanor was imprisoned for 16 years for her part in the revolution against her husband the king, led by the couple’s son.

Upon her release from prison, Eleanor would end her days as the Queen Dowager, when her son Richard the Lionheart ascended to the English throne. She would also take Holy Orders and become a nun, exchanging her life as a legendary queen of two of the most powerful nations of medieval Europe, for the simplicity of convent life.

The stories of these remarkable women reveal why their legends stand out among the many fascinating medieval queens of history. These powerful females blazed a trail for the female monarchs and royal women that came after them, as well as acting as inspiring role models for the achievements of women throughout the generations to follow.

If learning about these medieval queens has made you curious about acquiring a prestigious Noble Title of your own get in touch using the enquiry form in the sidebar or you can contact our Geneva office directly between 10.00-19.00, Monday to Friday on +41 225 181 360.