The Most Famous Spanish Princesses

The story of Spanish royalty is a rich and captivating tale of legend and infamy, featuring some of the most fabled characters and events of European history.

While the kings and queens of Spain may have dominated the headlines and the history books over the centuries, there have also been royal figures from the Spanish royal family who have also played a starring role in their nation’s history, and sometimes in a larger context as key players in global dramas or historic sagas in foreign lands.

Here are three of the most famous Spanish princesses of the last millennia, who have made a name for themselves in their own lifetimes and even beyond. 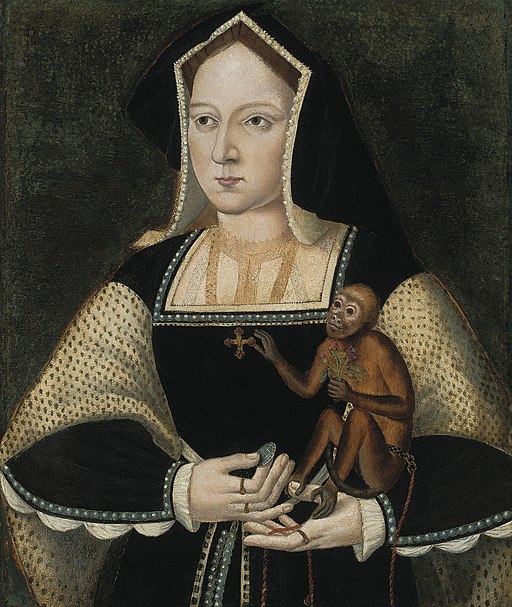 Perhaps the most famous Spanish Princess is the infamous first wife of King Henry VIII of England, known throughout history as Catherine of Aragon.

Catherine, known in her native Spain as Catalina, was born into royalty, the daughter of the famous Spanish Catholic monarchs King Ferdinand of Aragon and Queen Isabelle of Castille.

Her royal birth and eminent heritage may have destined this Spanish princess for a notable life story, yet it’s her connections through marriage that both secured her place in history and sealed her fate as one of the most famous spurned wives the world has ever known.

Catherine of Aragon was betrothed at an early age, little more than a toddler, destined to marry the heir to the English throne, Arthur, Prince of Wales. The wedding finally took place around her 16th birthday, but after the years of waiting, the union was short-lived and her husband became ill and died suddenly.

The young widow was destined for a greater role in history, however, as she went on to marry Prince Arthur’s brother Henry, the man who would become king and take his place as one of the most infamous English monarchs – the controversial character at the center of The Reformation, King Henry VIII.

It is widely believed that Catherine and her new husband were happy together, at least initially. Yet it was her husband’s insatiable desire for power, autonomy, freedom and romance that led to the dissolution of her marriage and the events that sparked one of the greatest royal scandals of all time. In his desire to divorce Catherine of Aragon and marry the young Anne Boleyn, King Henry VIII split with the Roman Catholic Church and changed the course of European history forever.

In her role as a pivotal player in this legendary royal drama, Catherine of Aragon would forever be known for the failure of her marriage. Yet, this famous Spanish princess would also be regarded in the history books as a woman of character, devotion, loyalty, compassion and grace – a picture of integrity and honor, and a true credit to her nation.

One of the most famous Spanish princesses from modern history is Infanta Isabel.

Born as the eldest child of the Queen of Spain, Isabella II, Infanta Isabella was the heir to the Spanish throne (until the birth of her younger brother). Her place in the line of succession entitled her to the ancient royal title of Princess of Asturias, a legendary honor granted to the heir apparent of the heir presumptive to the kingdom of Spain, a title that dates back to the 14th century and the Spanish King, John I of Castille.

With such a rich heritage from the Spanish monarchy, it’s not surprising that Infanta Isabel was one of the most renowned princesses of her time within her own country. Yet her choice of marriage would direct Isabel’s story beyond her native Spain, opening her world up to the realm of Italian royalty through her wedding to Prince Gaetan of the Two Sicilies, Count of Girgenti.

The union was meant to signal a turning point in the conflict between the two nations, yet on a personal level, the marriage was not destined for a happy ending. Within a couple of years, Infanta Isabel lost her husband to the depression that had troubled him throughout his life, when he tragically succumbed to his final suicide attempt.

The newly-titled Countess of Girgenti was a young widow before her 20th birthday, returning to her native Spain where she became a prominent and popular figure in Spanish royalty.

Though she lived through periods of great turbulence within the Spanish monarchy, Infanta Isabel enjoyed a long life as one of Spain’s most beloved and respected princesses.

Following in the footsteps of her titular namesake, the very modern Princess Leonor is the latest in a long line of bearers of the ancient title of Princess of Asturias – the 21st-century heir presumptive to the Spanish throne.

Along with the royal title of Princess of Asturias – a symbol of her eminent place in the line of succession – the young Princess Leonor lays claim to a number of royal and noble titles, such as Princess of Girona, Princess of Viana, Duchess of Montblanc, Countess of Cervera and Lady of Balaguer.

Born in 2005, Princess Leonor embodies the next generation of Spanish princesses, along with her sister, Infanta Sofia of Spain. The two girls, born just a couple of years apart, are reminiscent of two other famous princesses, the English sisters Elizabeth and Margaret who would grow up to become world famous royals – Princess Margaret, Countess of Snowden, and Queen Elizabeth II of England.

The young Spanish princesses are as popular and beloved in their native Spain as the young English princesses were in their own nation in their youth, before the elder sister ascended to the throne of Great Britain and the Commonwealth.

Whether the lives of the Princesses Leonor and Sofia of Spain will play out in a similarly royal fashion remains to be seen. For now, they enjoy a rare and fascinating role at the heart of the modern Spanish monarchy and a treasured place in the hearts of the Spanish people.

The lives of these famous Spanish princesses are as diverse as they are captivating, ranging from the momentous events of history, through tragedy and turmoil, to a modern role in contemporary royal life. Yet these women all share a sisterhood of sorts – a unique role in the lives of the Spanish royal families, and a historic place in the story of Spain’s monarchy.

If learning about these famous Spanish princesses has made you curious about acquiring a prestigious Noble Title of your own get in touch using the enquiry form in the sidebar or you can contact our Geneva office directly between 10.00-19.00, Monday to Friday on +41 225 181 360.