What Are The Smallest Kingdoms In The World

As the nations of the world evolved during the Middle Ages, boundaries and borders were drawn to represent the various kingdoms. In the earliest times, when the larger countries we know today were made up of many smaller territories, these would each be headed by a king or ruler, which is where the word kingdom originates.

As these kingdoms grew and merged into larger entities, they would often be ruled by monarchs or sovereigns much grander than a simple king or queen. For example, vast dominions would be ruled by a range of supreme royalty such as emperors, tsars, sultans, great kings and high kings.

Over time, the term kingdom was used to represent a distinct territory that was governed by any kind of sovereign ruler, and this definition is still widely used to refer to a country or realm, even if the head of state is not a king (or queen).

In fact, with many of the political shifts in the countries around the world, many monarchies have been replaced with republican state governorship, or the royal families hold only token power, with the real government being managed by democratic bodies.

In modern times, the definition of a kingdom is less clear cut, as countries are increasingly governed by central parliamentary groups rather than absolute monarchs.

Yet despite the precise political status, a number of the world’s previous kingdoms or countries have managed to hold on to distinct identities in their own right, despite being among the smaller territories or nations.

While the ancient idea of kingdoms being the realm of a king is rarely used as a literal term to describe modern countries, it allows for a wonderful array of national identities to make up the modern territories.

These range in definition, from a principality to a sultanate even to an island state, and some of the most characteristic kingdoms aren’t those with the vastest territories or mightiest rulers – some of the tiniest nations have in common a strong national identity that belies their diminutive landmass.

Here are some of the smallest kingdoms or mini-nations of the world today, that possess charming, distinct, or unusual identities, despite their relatively small size or modest political power.

Perhaps the most famous of tiny nations is the Vatican City. While this may not qualify officially as a kingdom – being ruled by the Head of the Roman Catholic Church rather than a royal sovereign – the Vatican City possesses a strong and influential identity as a realm in its own right.

Viewed on a map, the Vatican City may be mistaken for just another large city within the Italian country borders, yet it officially claims “full ownership, exclusive dominion, and sovereign authority and jurisdiction”, independent of any other country and subject only to its own Head of State, the Pope.

The Principality of Monaco

The small-yet-beautiful nation of Monaco is another of the world’s smallest kingdoms. Though again, it is not strictly ruled by a king, rather it is a principality, in that it is governed by a constitutional monarchy headed by a Prince, currently Prince Albert II.

Monaco is a tiny territory when compared with the many other neighbouring nations of Europe, yet throughout the ages it has held a distinct place in the history of Europe, enduring as an independent nation despite the attempts of larger kingdoms to invade its borders or acquire its many rich assets.

In modern times, Monaco has blossomed as a uniquely prosperous and thriving jewel within the region of the French and Italian Riviera, holding a respected and highly valued position on the world stage.

The Sultanate of Brunei

The Sultanate of Brunei, or to use its charming official title; Nation of Brunei, the Abode of Peace, is another of the smaller kingdoms of the modern world. 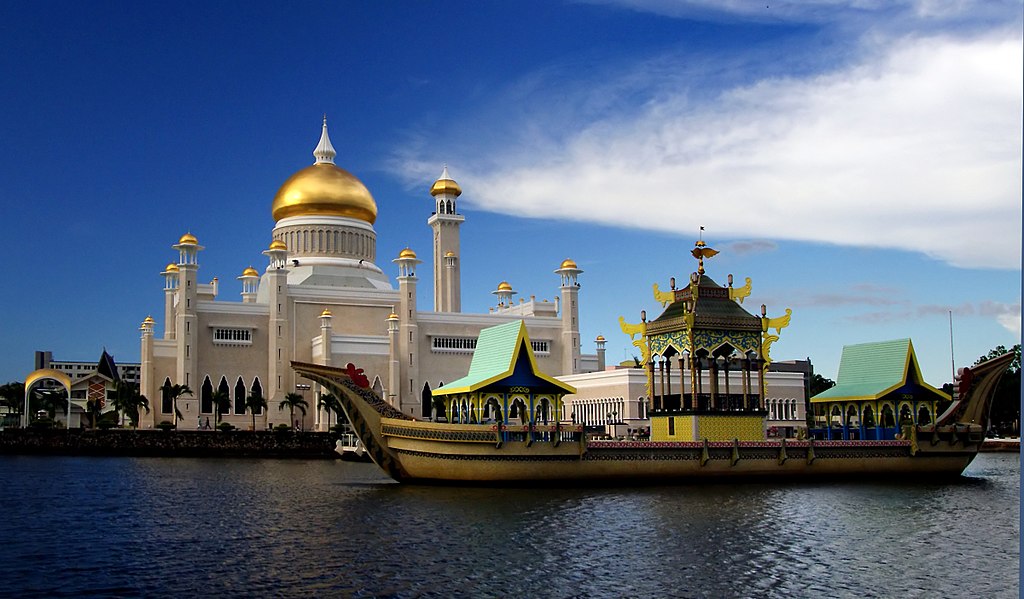 While modern-day Brunei is a fraction of its size during the height of the Bruneian Empire, it is a rare nation in that it remains an absolute monarchy, i.e. it is ruled by its royal head of state, the Sultan of Brunei.

Despite its tumultuous history and much-reduced territories, Brunei has followed the patterns of many of its fellow smaller kingdoms in finding a prosperous and influential place on the world stage. Widely regarded as a thriving economy and commercial success story, Brunei has managed to not only maintain its identity and cultural value, but to flourish in its own unique way.

And the story of Brunei continues, as it strives to align with modern-day political and social expectations, in line with the unique and valuable heritage it has managed to hold onto.

The Sovereign State of Luxembourg

The Sovereign State of Luxembourg is another of the world’s smallest kingdoms. Situated in the geographical heart of modern Europe, bordered by Belgium, Germany and France, Luxembourg has endured throughout the centuries as an independent nation, though not surprisingly, it has been heavily influenced by its neighbouring nations, in terms of language, population and legal administration.

Despite the proximity and influence of the larger European nations, Luxembourg has maintained its identity along with a constitutional monarchy of its own, currently headed by Grand Duke Henri. In fact, the Grand Duchy of Luxembourg is the only sovereign Grand Duchy to remain, despite it being less powerful and influential than some of the more legendary Grand Duchies of old, such as those of Tuscany, Lithuania or the Russian Empire.

Today Luxembourg is a thriving European nation that belies its small stature, holding as it does an esteemed and respected place in the political and cultural heart of modern Europe.

These mini-kingdoms hold a rare and colourful place in the geographical make-up of the modern world, each adding their own distinctive identity to the range of larger countries and nations.

While they vary in their cultural evolution and the current systems of governance, they all share the fascinating and rich histories that led to these tiny nations surviving and even thriving as the smallest kingdoms in the modern world, despite, or maybe even sometimes because of, their diminutive status.

If these mini-kingdoms have piqued your interest about acquiring a prestigious Noble Title of your own get in touch using the enquiry form in the sidebar or you can contact our Geneva office directly between 10.00-19.00, Monday to Friday on +41 225 181 360.