Who are the Wealthiest Modern Aristocrats?

Throughout the ages, the world’s aristocrats and nobles have been renowned for their lives of luxury, privilege, and enormous wealth. Though the status and power of modern aristocrats may have waned in recent centuries as ancient systems have given way to republics or democratic regimes, the world’s nobles have continued to endure, and so too has a great deal of that infamous wealth.

As was the case during the height of the aristocratic systems during the Middle Ages and the Renaissance, the fortunes of modern aristocrats have both risen and fallen, with many modern nobles claiming that death duties or crumbling palaces have greatly depleted their wealth or net worth. Yet, there are still a great many aristocrats and their families who enjoy immense riches and lives of opulence and splendour.

Even though today’s media delights in revealing the extent of this aristocratic wealth, it can be difficult, if not impossible, to say with absolute certainty which modern nobles are the wealthiest. There are a number of factors that keep us guessing precisely who can claim the title for the richest noble family.

Firstly, in the realms of the super-rich (which many aristocrats are still extremely familiar with), the precise figure of a family’s fortune can fluctuate widely, as their many assets rise and fall in value continually. This is especially true when their net worth includes investment in stocks, shares or commodities etc…

Secondly, despite the flamboyant or opulent nature of aristocratic lifestyles through the ages, it has customarily been regarded as vulgar to share details of exact figures when it comes to assets, income and inheritance etc… There are unwritten rules within many noble circles that prohibit or discourage its members from revealing precise numbers and amounts, with discretion and modesty being an age-old virtue within this fiercely traditional social group.

In addition, there may be legal reasons for keeping such numbers a closely-guarded secret, for example in the case of family disputes over inheritance, which are as much a feature of modern nobility as they were during medieval times.

Finally, at the opposite end of the spectrum to the tight-lipped traditionalists are the flashier aristocrats who claim such sizeable funds and wealth that it’s difficult to know how accurate these figures are, or if there has been a degree of inflation to impress peers, potential business associates, or to maintain a certain social standing. There have been countless cases of penniless aristocrats ‘dining out’ on their noble status even though their coffers fall short of their image.

Within these limitations, however, it is possible to estimate the approximate wealth of some of today’s richest aristocrats, given their inherited fortunes, properties, landholdings and other assets. While there is unlikely to be an indisputable and definitive list of the richest nobles, here are two of the most likely candidates for that prestigious and endlessly fascinating cohort.

Hugh Grosvenor, the current (7th) Duke of Westminster, is well-known within the world’s wealthy elite, no doubt largely due to his reputation for being the world’s most eligible bachelor. 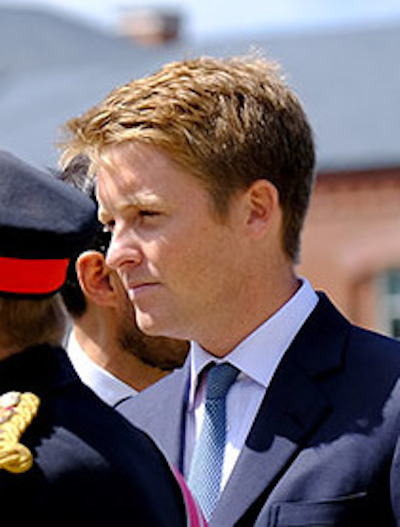 The net worth of the Duke and his family is estimated to be in excess of £10 billion, which is almost 30 times the net worth of his monarch, Queen Elizabeth II, whose fortune is thought to be around £350 million. The Duke also has connections with the British Royal Family and was named as a godfather to a possible future heir to the British throne, the Duke and Duchess of Cambridge’s first child, Prince George.

The Grosvenor family wealth is comprised of a substantial property portfolio, including 300 acres of London’s most exclusive areas estimated to be worth over £12 billion, as well as considerable global investments.

The title of the Duke of Westminster dates from the reign of Queen Victoria and was bestowed upon the current Duke’s namesake, Hugh Grosvenor, who was then the 3rd Marquess of Westminster. This esteemed noble title was the last in a long line of royal ranks conferred upon the family, including Baron Grosvenor, Viscount Belgrave, and Earl Grosvenor. 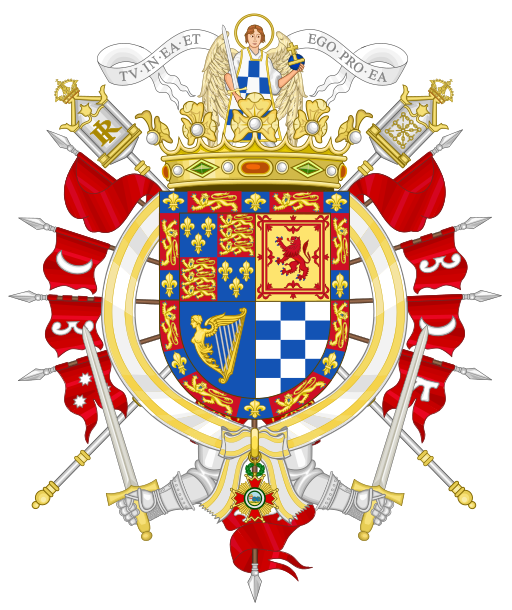 The family wealth is estimated to be around $5 billion, which undoubtedly makes the Duke one of the wealthiest modern aristocrats. However, he and his predecessors have become renowned not only for their vast wealth and lifestyles, but also for the sheer number of noble titles that they have inherited or acquired. The Duke’s mother, the 18th Duchess of Alba actually made the Guinness Book of World Records for being the most titled person, with 57 titles of varying ranks and status to her name. These include 14 titles of Spanish Grandee, 5 Duchess titles, a Countess-Duchess, 18 titles of Marchioness, another 18 titles of Countess and one Viscountess.

Her son maintains a considerable number of his mother’s titles, claiming no less than 39 noble titles and honours, including The Most Excellent The Duke of Alba, Grandee of Spain, and Knight Grand Cross of the Order of Isabella the Catholic.

In addition to their considerable wealth and record-breaking collection of noble titles, the family also made headlines in recent years when the Duchess chose to marry a civil servant 24 years her junior, despite objections from her loved ones and the Spanish Royal Family. Their concerns about the family wealth were proved to be unfounded, as the new husband denounced any claim to his wife’s wealth.

These are just a couple of the many modern aristocratic families that are notorious for their vast fortunes – whatever the precise figure of their wealth may be.

Whether it’s due to financial modesty, fluctuating fortunes or egocentric bluster, we’re unlikely to know for sure the order of riches or the true worth of the most moneyed modern nobles. But the lifestyles and life stories of these wealthy individuals and their family fortunes at least provides a glimpse into the exclusive and captivating world of today’s richest aristocrats.

If these wealthy aristocrats have made you curious about acquiring your own prestigious Noble Title get in touch using the enquiry form in the sidebar or you can contact our Geneva office directly between 10.00-19.00, Monday to Friday on +41 225 181 360.