If you were to host a party, banquet or social gathering that included aristocrats and members of royalty on the guest list, would you know the proper way to greet these esteemed guests?

Anybody who moves in the social circles that include royalty and nobles would benefit from at least being aware of the specific traditions and protocols involved when these VIPs attend or are present.

Even if you don’t need to make a good impression for the sake of etiquette, diplomacy or even a business relationship, few people want to be regarded as ignorant of the correct forms of address.

Most people would rather avoid a social faux pas, regardless of how they feel about the particular royals or nobles in question.

And this desire to adhere to the correct behaviour in the presence of royalty and nobility is not purely for the commoners of the world.

Even those in the highest echelons of society have traditionally been extremely keen to make the right first impression upon their social superiors by conducting the correct protocols – perhaps it is even more important at this level of social interaction.

After all, most kings and queens would not be surprised if a working-class subject made a mistake of etiquette, yet they may be less forgiving if a high-ranking noble made the same error. So much so that such an oversight may even be regarded as a social slight or an intentional snub.

For a whole range of people in the modern world, these royal and noble conventions still hold an important place in society at certain levels.

Whether it’s the salt-of-the-earth workers being invited to a royal garden party in recognition of their achievements, or the globe-trotting businessman who wants to make a good impression with the king of a foreign nation, or the socially-ambitious duchess who wants to secure a good marriage for her daughter – these seemingly minor details have very real and practical implications far beyond a casual greeting.

Whatever your reasons for being curious about the traditional protocols in the worlds of royals and nobles, it can be helpful to have a basic awareness of the greeting etiquette at the highest levels of society.

So, here is a summary of the proper ways to greet members of royalty and the aristocracy.

The Proper Way to Greet Royals

Though the preferred protocols around greeting royals have changed over the centuries, the current convention that is widely accepted involves a number of behavioural practices. 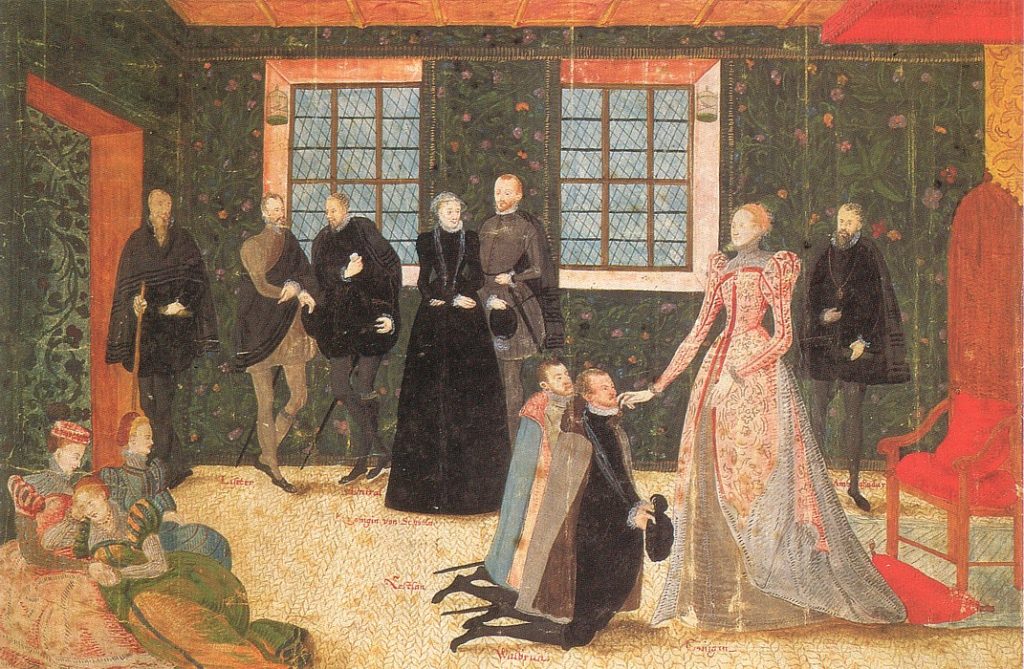 The first is the question of whether to bow or curtsey. It is customary for men to bow and women to curtsey when they meet a sovereign, or on some occasions, a higher-ranking royal.

For all non-royals, this would mean bowing and curtseying whenever meeting any members of royalty.

For members of the royal family, the correct protocol would be to bow or curtsey whenever formally meeting either a higher-ranking royal within their own family, or royals of a higher equivalent status from a foreign monarchy.

If there are a number of royal persons present, the convention is usually to bow or curtsy to the highest-ranking royal first, and then to perform the same gesture to the subsequent royals in descending order of rank.

In formal occasions, this protocol is also repeated when the member of royalty leaves.

The second aspect that’s important in greeting royals is the form of address. Conventionally, it is correct to address a king or queen as Your Majesty upon the first greeting, and then to use the terms Sir or Ma’am thereafter.

When addressing members of the royal family other than the king or queen, the proper protocol is to use the address Your Royal Highness at the first instance, and then again revert to Sir or Ma’am thereafter.

It is also considered proper, as well as polite, to not approach a royal physically, such as offering a kiss or hug or even a handshake unless the gesture is instigated by the social superior. For example, it would be incorrect to attempt an embrace or a kiss on the cheek when meeting a royal for the first time.

These conventions apply largely to formal greetings, and there’s room for a degree of informality within royal circles when it comes to friends, family and long term acquaintances. There may also be exceptions for diplomatic relations and international customs.

The Proper Way to Greet Nobles

In the realm of modern nobles and aristocrats, there’s much less formality than in ancient times, and the protocols tend to be more flexible than with formal royal meetings.

For example, there is less requirement for bowing and curtsying to nobles and aristocrats, and any remaining protocols that do require such gestures are usually reserved for formal occasions.

There are correct forms of address, however, when it comes to meeting members of the nobility and those with official aristocratic titles.

The highest-ranking nobles – Dukes and Duchesses – are customarily addressed as Your Grace, or simply as Duke (for men) and Duchess (for women).

For the vast majority of noble ranks, the correct term is My Lord or Lady, or Your Lordship or Your Ladyship.

This means that the correct form of address for noblemen such as Marquis, Earl, Count, Viscount, and Baron would be My Lord or Your Lordship (or their specific title name).

Similarly, the correct form of address for noblewomen such as Marchioness, Countess, Viscount, and Baroness would be My Lady or Your Ladyship (or their specific title name).

The Importance of Protocol and Tradition

While it may seem curious and even amusing to have such strict protocols and traditions around addressing royalty correctly, in certain levels of society it is a really big deal.

So much so that entire industries have evolved to help those new to royal or noble circles, or to educate children being raised in these exclusive and elite worlds.

One famous example is the British company Debretts, which was established in 1769 – evidence that the need for guidance in royal protocol is not just a new phenomenon.

Companies like this survive and thrive because there is a real demand for the right advice when it comes to addressing royalty correctly.

When meeting and greeting persons at the highest levels of society, no one wants to make an embarrassing mistake or accidentally cause offence, so it can be useful to at least have a general awareness of the proper way to greet royals and nobles.

If learning about how royals and nobles should be addressed has piqued your interest about acquiring a prestigious Noble Title of your own get in touch using the enquiry form in the sidebar or you can contact our Geneva office directly between 10.00-19.00, Monday to Friday on +41 225 181 360.