How To Address Royalty Correctly

There’s a scene in the popular movie The King’s Speech that has become a classic education on how to address royalty correctly.

This particular vignette, set in the 1930s, shows the English queen, Elizabeth, latterly The Queen Mother, (played with panache by Helena Bonham Carter), as she joins her husband the king on a visit to his speech therapist.

In the scene, Elizabeth introduces herself to the therapist’s wife, who would have been regarded as a commoner within the royal and social structures of mid-twentieth-century England.

The wife, understandably, appears more than a little shocked to find the Queen of England taking tea in her sitting room.

Elizabeth immediately helps to put her at ease, no doubt suspecting most working-class people aren’t used to addressing royalty or familiar with the correct royal protocols, as she calmly and kindly tutors the astonished wife on the appropriate forms of address.

“It’s Your Majesty the first time, after that it’s Ma’am as in ham, not Maam as in palm.”

This scene in the film was not only a charming insight into the life of royals as they mix with their subjects, but it was also a valuable public service in that it served to educate the film’s audience on the correct way to address members of the royal family.

How to Address Kings and Queens

As was revealed so touchingly in The King’s Speech, the correct way to address a king or queen is to use ‘Your Majesty’ when first making their acquaintance or arriving in their presence, and then for all subsequent references to use Sir for a king, and Ma’am for a queen. 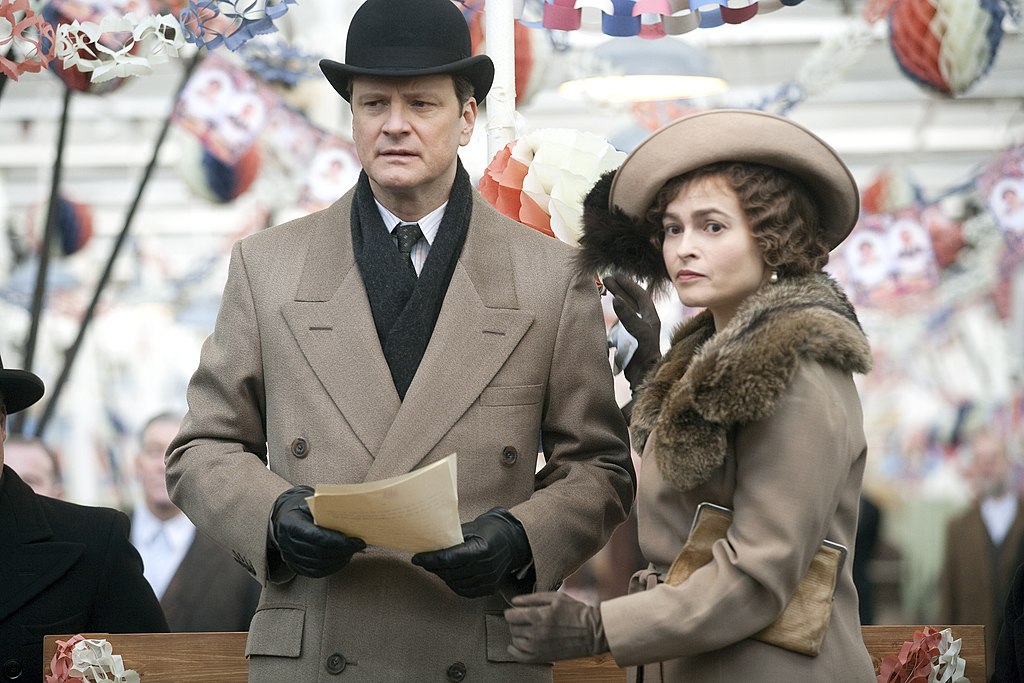 Colin Firth and Helena Bonham Carter as the Duke and Duchess of York – www.lancashire.gov.uk, CC BY 2.0, via Wikimedia Commons

This is the current convention for modern royalty within the British system and code of conduct, and it’s a tradition that has been established for centuries. It was thought to have begun in the 16th century when King Henry VIII desired to emulate the emperors of the time (addressed as Your Majesty), rather than use the terms of address related to the church, such as Your Grace, which had been the previous term used for kings.

Historically, there are variations in addressing a king or queen in the many different royal systems and protocols around the world, though these tend to follow a similar tradition in that the supreme heads of the royal family – the kings and queens, tsars and tsarinas, emperors and empresses – have a unique and exclusive form of address.

Similarly, whatever the specifics of addressing royalty in different countries, it is widely regarded as an important aspect of communicating with royals to signify an acknowledgement of respect and deference for their position, as well as honouring age-old traditions.

How to Address Princes and Princesses

Similar to kings and queens, after the initial greeting and acknowledgement of royal status, the custom is to then use the address of Sir for princes, and Ma’am for princesses.

This convention applies to the vast majority of high-ranking members of the royal families, i.e. those closest to the king or queen or related by blood, such as parents, siblings, children, spouses etc…

This status has historically been denoted by the HRH prefix (His/Her Royal Highness), though in recent times, the HRH styling has been subject to limitations and considerable debate.

For example, one of the most controversial outcomes of the divorce of Prince Charles and Princess Diana was that the latter lost her claim to the HRH title, being styled as Diana, Princess of Wales instead.

How to Address Minor Royals

For those royal family members who don’t claim an HRH title or hold a high-ranking place within the hierarchy, the forms of address can be less clear cut.

In some circumstances, the person in question may still be entitled to the Your Royal Highness etiquette, and while some minor royals may be happy to do away with formalities and accept a more casual address, there are others that are fiercely proud of their royal connections and status, who like to ensure the appropriate styling is adhered to.

In many cases, the people at this level of the social hierarchy, for example, the cousins and distant relatives of the king or queen, are often regarded more as nobles and aristocrats, rather than recognised as royalty.

This group also tends to have nobility titles in addition to their royal connections, such as Duke and Duchess, Lord and Lady, Count, Viscount, Earl etc…

These minor royals with noble titles are more likely to use the forms of address relevant to the aristocratic status, such as Your Grace in the case of a Duke or Duchess, or My Lord or My Ladyship for many of the other noble ranks.

Some of the traditions around addressing royalty have stood for hundreds of years, and while they may seem antiquated or archaic, there is very much a need for clear guidance on the right and wrong ways to greet kings and queens, and princes and princesses, especially as these customs differ slightly around the world.

Particularly in diplomatic situations, it can be crucial to know the Dos and Don’ts of royal protocol, in order to ensure harmonious meetings and relationships starting out on the right foot.

Additionally, with many of the world’s royals also being keen businessmen and women, there are many people who will meet (or want to meet) royalty in order to do business with them. In these cases, the aspiring business people will be very keen to ensure they know the precise ways to address their royal prospects or clients.

While the forms of address for royalty have changed over the centuries, and the details vary around the world, what has remained constant is the commitment to tradition and the desire for those in royal circles to acknowledge the unique and respected position that royalty holds within society.

Given that there is so much history, diplomacy and importance placed on the correct ways to address royalty, it can be extremely helpful to be aware of the protocol, as a measure of both politeness and feeling confident at all levels of society.

If learning about how to address people with titles has made you interested in acquiring a prestigious Noble Title of your own get in touch using the enquiry form in the sidebar or you can contact our Geneva office directly between 10.00-19.00, Monday to Friday on +41 225 181 360.