The Oldest Elite and Exclusive Clubs and Associations in the World 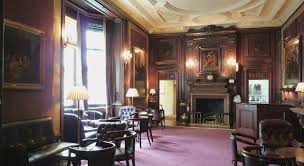 The right of association includes not only the right to plurality as well as the option to defend opinions and ideas but also the right to meet regularly people with whom we share values.

This right, initially available to the leading people of the nobility and high bourgeoisie, is today available to everybody in developed countries: with the Internet, the right of association has been renamed as a virtual network.

Special purpose elite associations are certainly older than earth. The chivalric and Knightly Orders are the most ancient: the Order of Malta has been, according to the tradition, created in 1048 and the Order of the Holy Sepulchre in 1099.

The oldest elite groups in the world have always been linked to royal and imperial families, nobility and the most prominent figures of the Church.

Kings, Bankers, aristocrats, wealthy families and people of distinction are some of the people who wanted to enjoy life in small private clubs.

We must mention that despite this is a new club, it deserves a mention. Nowadays, this very important club is the “Cercle de Lorraine”, located in a 1910 castle in Brussels.

This distinguished club is the secret spot where the actual decision makers of the European Union and the old continental European aristocracy, diplomacy and royalty meet. People in business, politics, and the academic world are also prominent. And, when you think about the wide range of activities offered at this club, like yacht management and sailing, playing golf, elite networking, and the very high membership fees start making complete sense.

There is also the tradition of smoking some of the best cigars of the world, there is also an incredibly even an unbelievably stunning arched wine cellar where registered members can stock up their favourite bottles of wine. This club is truthfully meant for the old-fashioned habit of making contacts over cognac and Cuban deluxe cigars. But in this Brussels institution, you’ll be shaking hands with high ranking diplomats, royals, and leaders of industry. Being able to talk French or at least Flemish is a necessity. The Cercle regularly arranges shooting trips, South American cigar tasting events, sailing breakfasts, and daytrips in old cars.

In this very short review, we will evaluate the following elite clubs and associations:

– the directories of elite people;

– the hereditary associations, created by the descendants of a personality or of a group of people who mattered in the history of a country, a region, a city.

Not included in this appraisal are:

– the religious associations and orders not open to laymen

– the masonic associations and loges

Only the existing organisations have been reviewed.

– 1626: the Swedish House of Nobility (Riddarshuset), the oldest nobility association in the world;

– 1638: the Ancient and Honorable Artillery Company of Massachusetts, the oldest military organization in the Western world and the oldest US hereditary association;

– 1673: The Ancient & Honourable Order of the Jersey Blues, the second oldest US hereditary association;

– 1729: the Welsh Society, the third oldest US hereditary association;;

– 1732: State in Schuykill, the oldest US private club, in Quakertown, Pennsylvania;

– 1744: Muirfield, The Honourable Company of Edinburgh Golfers, the oldest golf course in the world;

– 1747: the St Andrew’s Society of Philadelphia, a hereditary society;

– 1754: The Royal and Ancien Golf Club, in short: The R&A, St Andrews, the second oldest golf course in the world;

– 1756: the St Andrew’s Society of the State of New York, a hereditary society;

– 1770: the St George’s Society of New York, the second oldest charity association and club in the world;

– 1771: The Society of the Friendly Sons of St. Patrick for the Relief of Immigrants from Ireland, in Dublin, Pennsylvania, a hereditary society;

– 1775: the Royal Thames Yacht Club, in London, the oldest yacht club in the world;

– 1777: the American Club of Paris, the oldest French private club;

– 1782: the Kildare Street and University Club, in Dublin;

– 1783: The Society of the Friendly Sons of St Patrick in the City of New York;

– 1787: the Marylebone Cricket Club, the oldest cricket club in the world, in London;

– 1787: The New Club, the oldest Scottish private club, in Edinburgh;

– 1790: the Veteran Corps of Artillery State of New York, a hereditary society;

– 1791: the Porcellian Club, the oldest university club, in Harvard;

– 1791: the Netherlands Society of Philadelphia;