The Nobility of the Holy Roman Empire 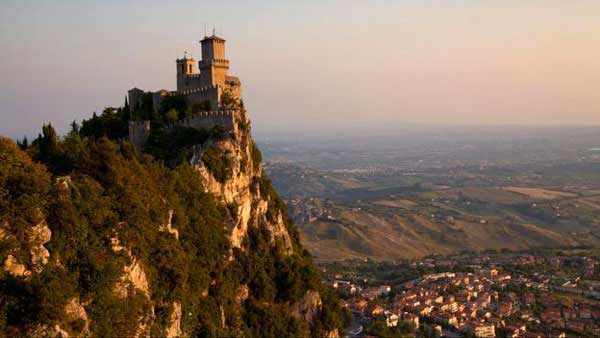 The main characteristics of the Nobility of the Lands of the Holy Roman Empire were:

By the end of the XVIII century the Holy Roman Empire had become a decrepit shell, totally corrupt and declining. It was a very sad and shallow sarcasm of the former strong empire of the middle ages, with a roman heritage and a political and universal mission.

The expansion of Prussia-Brandenburg and the First French Empire were the main factors in the collapse of the Empire. In fact, the slow process of emergence of the Kingdom of Prussia damaged slowly the prestige and authority of the Empire. The French Revolution and the military aggressiveness of Napoleonic France were the coup de grace that finally ended up with the formal dissolution of the once greatest German Empire.

The extremely complex political functioning of the Empire, with a very old fashioned system of Feudal Allegiances and subordination of the territorial princes to Imperial Authority and a complicated legal standpoint about sovereignty finally made the empire succumb.

This was of course further complicated by the many revolts by the peasants and legal complexities and lawsuits between the different administrative bodies of the empire.

Taxation and finance of the Empire had been tasks given by the Emperor to the nobility of the Holy Roman Empire, and the nobility failed in his mission.

However, the biggest problem faced by the empire was its own incapacity to evolve and adjust its structure to the change of time. The situation of the workforce and labour of the empire was in the hands of the nobility. The peasantry servile status was hereditary, as they were totally tied up to the estate they worked, they could not marry without their Lord’s consent and their children were bound to perform feudal duties even before they came of age. Also, the Lords of the Holy Roman Empire could discipline their servants with physical punishment, hard fines and fees, and in fact many Lords considered the peasants as a form of property not very different from slavery. To the consternation of ecclesiastical and civil authorities, and also to the Imperial Authorities, many members of the nobility of the Holy Roman Empire, mainly Feudal Lords jealous of their traditional prerogatives, sold directly peasants as a commodity without land. The legal rights of the Lords was dubious, but that did not prevent a Prussian nobleman from Konigsberg to advertise in a 1744 gazette the direct sale of peasants. Also, some noblemen used peasant labour service to build up their palaces and residences, and they conscripted as many peasants as they wanted to provide inexpensive labour to their enterprises, mills, foundries and brickworks. The trick was to extend feudal obligations to all concerned peasants around. This was decadent, and contributed to the downfall of the empire.

The largest territory and core of the empire was the Kingdom of Germany, and at its peak the empire included the Kingdom of Italy, the Kingdom of Bohemia and the Kingdom of Burgundy. The office of Holy Roman Emperor was traditionally elective, although normally controlled by dynasties. The German prince-electors, who were the chief ranking noblemen of the empire, usually elected one of their peers as “King of the Romans”, after which he would be crowned emperor by the Pope. The tradition of papal coronations was withdrawn in the 16th century. 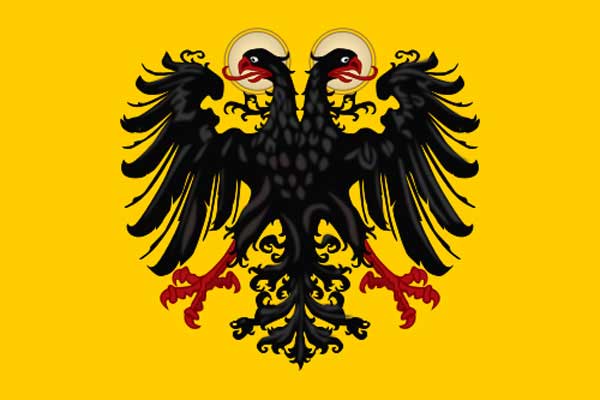 The empire grew out of East Francia, a primary division of the Frankish Empire, and explicitly proclaimed itself the continuation of the Western Roman Empire under the doctrine of translatio imperii (“transfer of rule” via a succession of singular rulers vested with supreme power). Frankish king Charlemagne was crowned as emperor by Pope Leo III in 800, restoring the title in the West after more than three centuries. The title was passed in a desultory manner during the decline and fragmentation of the Carolingian dynasty, eventually falling into abeyance. The title was revived in 962 when Otto I was crowned Holy Roman Emperor, beginning an unbroken line of emperors running for over eight centuries. Although Charlemagne was the first to bear the title and the agglomeration grew out of his empire, Otto I is generally regarded as the founder and the date of his coronation as the beginning of the Holy Roman Empire.

The Holy Roman Empire never achieved the extent of political unification formed in France, evolving instead into a decentralized, limited elective monarchy composed of hundreds of smaller sub-units, principalities, duchies, counties, Free Imperial Cities, and other domains. The power of the emperor was limited, and while the various princes, lords and kings of the Empire were vassals and subjects who owed the emperor their allegiance, they also possessed an extent of privileges that gave them de facto sovereignty within their territories. Since 1804 until its dissolution, lands directly ruled by Emperor Francis II in the Holy Roman Empire overlapped with the newly created Austrian Empire.

In ancient times the Emperor of the Holy Roman Empire was the sole Fons Honorum of Germany and all the vast German estates.

The Titles of Nobility usually conferred were of:

Titles were conferred on the recipient with remainder ti his descendants of both sexes for all time. So, the titles of nobility of the Holy Roman Empire were dignities which were inherited ad infinitum.

A very peculiar feature of the Nobility of the Holy Roman Empire were the various and diverse titles of Count they created.

There were titles such as: