Nobility For Sale in French Brittany 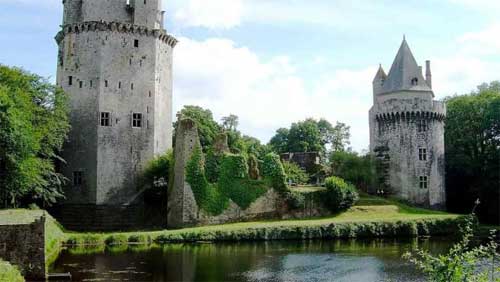 Britanny is one of the most interesting regions for the research and acquisition of Noble titles such as Feudal Lordships, Baronies, and exceptionally, titles of Count, Viscount and Marquis. It is of special interest to Anglo-Saxons in general and British people in Particular, as Britanny is one of those regions of France that was very close to England.

First of all, French Brittany is the most Atlantic of the regions of France, and together with Normandy, the favourite region of France for the English people. It can also be said that this is the “less French region of France”, with an important and distinctive “national feeling”. In fact, Brittany was an independent Duchy until 1514, date in which the Duchy of Britanny was incorporated into the French Kingdom, under the sceptre of Francis I of Valois.

The good news for our readers and clients is that our researchers of feudal and noble titles have informed us that the region is a paradise and a gold of mine from an historical view and of course from the perspective of finding nobility titles.

In the middle ages and the era of Feudalism, the sale of nobility and noble titles in Britanny was common. Therefore, there is a big feudal tradition, and important and worthy titles maybe found if someone is deeply interested in obtaining rights on noble titles from this particular lands in France.

The report sent to us indicates that there are a certain number of extremely interesting noble titles that are susceptible to be transmitted and obtained for our clients. These title range from Baronies to Marquisates, and it is even possible to find in some cases titles of Comte and Vicomte.

A note of interest is that Britanny has 27 castles listed as historical monuments, and it is a region with a very rich feudal history.

Brittany (called Bretagne in French) is populated by the Bretons, who descend from Celtic tribes who spoke a Celtic dialect, Brythonic, and who migrated from south and south-west parts of Great Britain in the 4th, 5th, and 6th centuries. The original spoken language of Brittany is Breton (Brezhoneg), a closely related language to Cornish and Welsh, and still widely spoken nowadays in French Brittany. Breton is currently spoken by nearly 360,000 people of Celtic origins.

In the Ancient Medieval Era, Brittany was distributed into three separate kingdoms — Dumnonia, Cornouaille, and Broërec. The topographical names of the first two kingdoms originate from the fatherlands of the voyaging tribes in Britain. Obviously, French Brittany is one of the Celt Nations.

Bretons were famous for being sailors and fishermen, and you can find many descendants of people from this region in the United States and Canada. French Americans and French Canadians are usually people with familial and genealogical links to Britanny. A well-known example is the famous writer Jack Kerouac.

Sir Lancelot, the internationally famous member of the “Knights of the Round Table”, and perhaps one of the most famous characters of the Arthurian Legends is described as a native of Britanny, born in this region.

Also, the forest of Broceliande, notable in the Arthurian Romances, has sometimes been located in Brittany. In fact, the famous forest of Paimpont, near Rennes, is said to be the actual Broceliande, well known in mythology for its magical fountain and the tomb of the legendary Merlin.

Jules Verne, writer of notable adventure novels and science fiction works, was born in Nantes, and is one of the most famous Bretons in the world.

For those with an historical interest in this beautiful region of France, we are in a position to confirm that we are fully capable of researching 4 different types of Breton Noble and Feudal Titles:

If you do have an interest in this part of France, we counsel you to write us and enquire about the specific availability of Breton nobility titles. Our experts will be ready to help, and in a few days they would be able to prepare a full dossier and report with data about your preferred type of noble titles. The nobility of Brittany is very old, and some of their titles are among the best of France.