In the late 19th century, America began to see a new breed of successful businessmen accumulating vast fortunes from their triumphant enterprises in ventures such as finance, stockbroking, rail and retail.

However as these business titans and their families grew in wealth and riches, enjoying lavish lifestyles that were a far cry from their humble origins, they discovered that despite their wealth, some doors and social groups remained closed to them. Even though they had more money than many of the landed gentries in other countries, for these self-made millionaires it seemed there were some things that money could not buy: social status.

Initially, this was evident in the snobbery and elitism of America’s Old Money. Even though America was officially a republic, its constitution sworn against class distinction and privilege, in reality, there was a very real elite social group of ‘old money’ who refused to accept the newer generations of arriviste millionaires into their exclusive club.

These old money families were known as The New York Four Hundred, an unofficial list of the cream of American High Society, compiled primarily by one of the reigning socialites, Caroline Astor, also known as The Mrs Astor. This unofficial aristocracy was so deeply entrenched in American social mores that even its own were not immune to its snobbery and rules, as one of its erstwhile members, Alva Vanderbilt, discovered after her scandalous divorce. 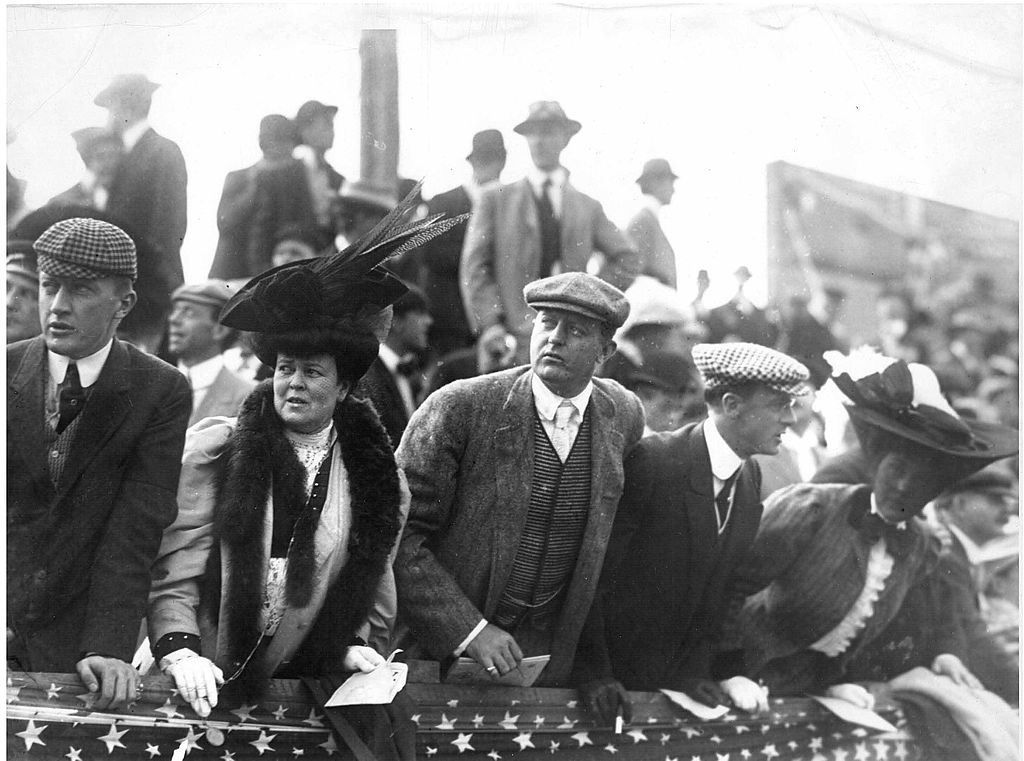 Around the same time that these ostracized wealthy Americans were seeking ways to raise their standing in high society, across the ocean in the UK, the economy was floundering and England’s noble classes were finding their previous fortunes being drained by expensive stately homes and the lifestyles to which they’d become accustomed.

The solution to the problems on both sides of the Atlantic lay in a trend that would come to be known as The Dollar Princesses.

The scheme began with some ambitious matchmaking by the mothers of wealthy American heiresses. These super-wealthy matriarchs sought to effectively buy their way into England’s aristocracy by offering vast dowries to the appropriate Dukes and Lords who made suitable marriage partners for their daughters. In this way, the nouveau riche American families would acquire considerable social cache by marrying into some of Britain’s finest and most ancient heritage. And the bachelors in question would find that their financial picture improved dramatically upon receipt of these astronomical dowries.

It’s widely regarded that Alva Vanderbilt was among the first to see the potential of marrying her wealthy daughter into the British aristocracy, believing it would reinstate her family within America’s social elite. The arrangement was made favourable to the titled English bachelor with the promise of an enormous dowry, the equivalent to almost $80 million in today’s money. And so, in November of 1895, her teenage daughter Consuelo was married to the 9th Duke of Marlborough in a society wedding on a par with the grandest royal nuptials or modern celebrity union. Despite its advantageous benefits, the match turned out to be an unhappy one, with the couple separating after a decade, then divorcing 15 years later before the marriage was ultimately annulled on the grounds of coercion by the bride’s mother.

Although the arrangement ended sadly, it achieved its aims in establishing the social standing of the Vanderbilt family, as well as ensuring a new heritage for their future family line and enabling a rare entree for an American family into the exclusive social class of British aristocracy. The Duke of Marlborough may also have considered the union an official success as it allowed for the continued maintenance and renovations of his immense stately property, Blenheim Palace.

Though the Vanderbilts are credited as being early adopters of the mutually beneficial match between a wealthy American heiress and an impoverished English nobleman, they were far from the last, as a wave of similar matches were made in the years that followed, primarily by the New Money American Millionaires seeking higher social status.

For example, Mary Leiter the daughter of wealthy dry goods tycoon, married Lord Curzon, again with substantial dowry attached, and went onto to hold the noble title of Vicereine of India, a spectacular feat for an American woman as this was the highest possible titles for a woman within the British aristocracy.

Another legendary example of the Dollar Princess trend was Almina Wombwell, the illegitimate daughter of Alfred de Rothschild who went on to become Countess of Carnarvon, again with the help of another generous American dowry. It’s widely regarded that the character of Lady Cora Crawley in the TV series Downton Abbey is inspired by the story of Lady Almina’s marriage, an idea lent credence by the fact that Highclere Castle, the location for the TV show, was her erstwhile home and it’s improvements were greatly aided by her marriage dowry. 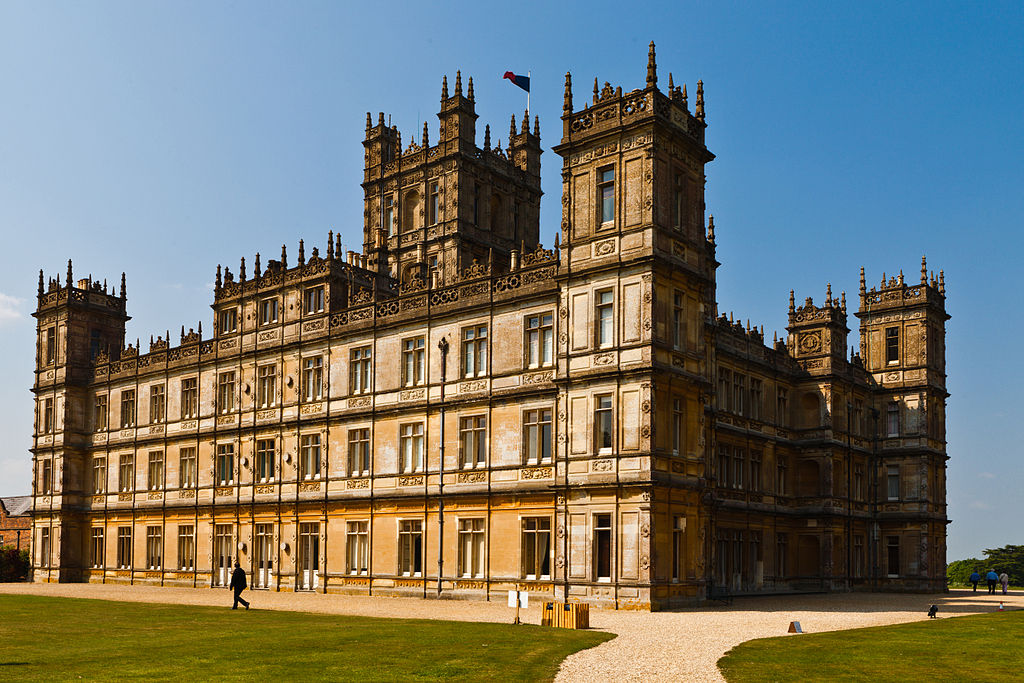 While some of the arranged nuptials were more successful in theory than in practice, including many wedding day tears and reluctant brides, not all the mutually beneficial marriages were loveless ones.

Jennie Jerome, who became Lady Randolph Churchill and the mother of the famous World War II Prime Minister, Winston Churchill, was a happier example of an American Dollar Princess, arguably because the love match was her idea and not her parents’. Jennie was the daughter of a risk-taking American financier who was known as The King of Wall Street. Her family wealth enabled her to travel well and one particular trip to an exclusive social event on the Isle of Wight in 1873 resulted in a love affair with a certain English Lord of impeccable pedigree, Lord Randolph Henry Spencer-Churchill, the younger son of a Marquess.

After a whirlwind romance, the couple declared their intention to be married, much to the disdain of Lord Randolph’s parents. However, once a ‘dowry deal’ had been brokered, all parties could see the mutual benefit and the couple were allowed to marry. Lady Randolph Churchill went onto become a fully-fledged member of the British aristocracy, respected in both social and political circles in her own right, as well as firmly establishing her role in English heritage as the mother of its legendary Prime Minister.

While there were a great many critics of the Dollar Princess arrangements – they were often viewed as mercenary marriages, as well as an unfavourable drain of US riches overseas – it’s clear that this scheme appeared to lend both parties a valuable solution. And while the marriages did not always lead to fairytale endings, they undoubtedly enlivened the British Aristocracy, lent a new air of distinction to American High Society, and funded the renovations of some of Europe’s much-loved noble estates.

If these stories of ‘buying nobility’ have made you wonder about acquiring your own prestigious Noble Title get in touch using the enquiry form in the sidebar or you can contact our Geneva office directly between 10.00-19.00, Monday to Friday on +41 225 181 360.